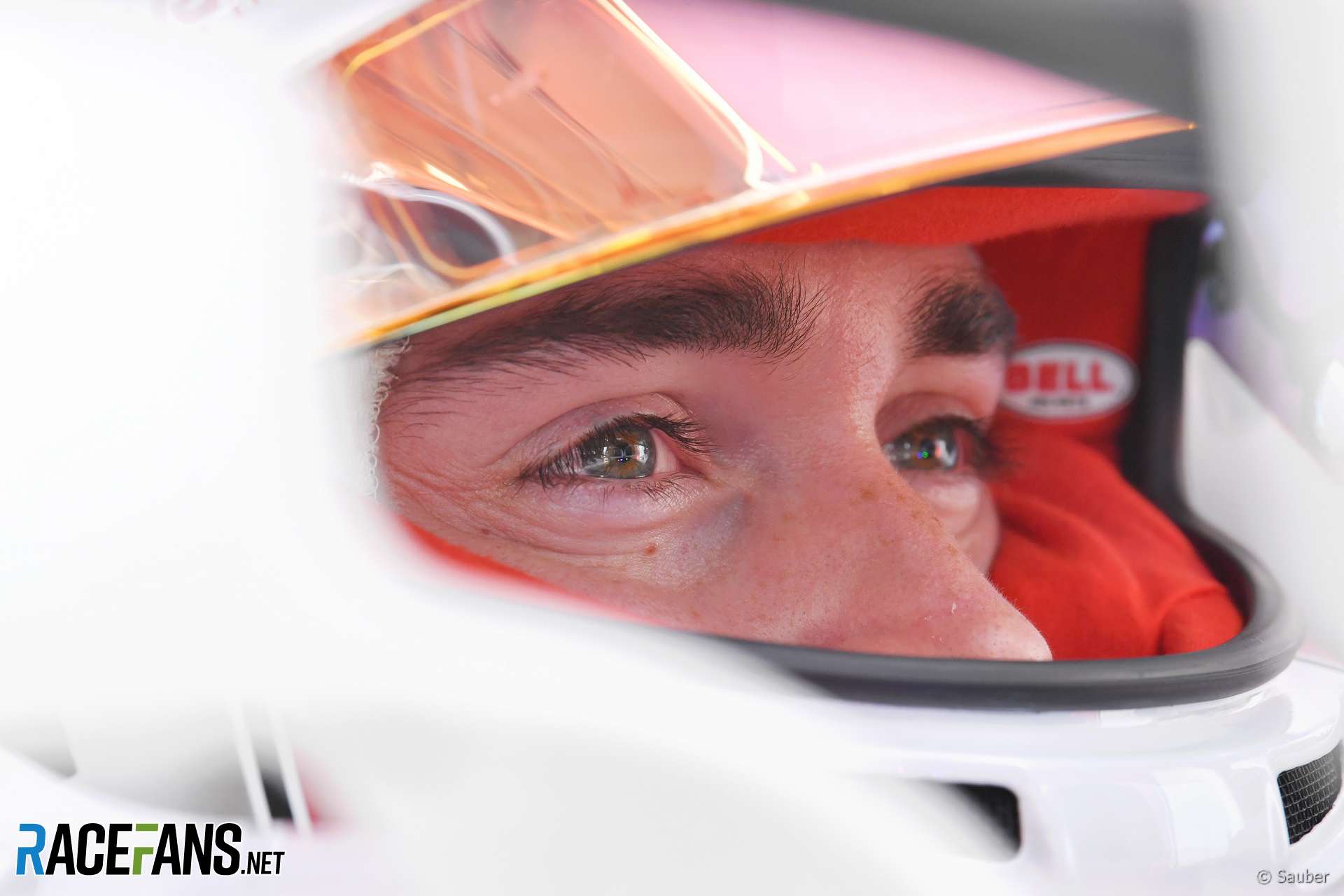 In the round-up: Charles Leclerc says he will not be distracted by growing rumours linking him to a move to a Ferrari Formula 1 seat, potentially as early as the Belgian Grand Prix in August.

Yesterday Leclerc was asked about a rumour Ferrari is considering moving Kimi Raikkonen aside to make way for him after the summer break. There have even been claimed this would involve a straight swap which would see the 2007 world champion complete the season with Sauber.

Leclerc said he isn’t dwelling on a potential move to Ferrari this year or later:

I am really just focusing and I’m trying to take that off my mind and really try to focus on what I am doing now. As I said in the past I don’t think it’s good – I’m repeating myself every week, unfortunate, I wish I could do something more.

But I need to focus on this year. It’s not good for me if I’m focusing on what could possibly happen. So for now I’m just trying to do the best job possible in the car.

Is there really much value in asking all F1 drivers about football? Or are journos just out of ideas?

UPDATE – After the end of tomorrow’s FP session, each driver will be allowed to carry out two practice starts, where it was felt that conditions would be more representative of those experienced in the race. As a result, the session from 8:00-8:15AM will now not go ahead.#F2

"I hope they don't come, because Formula 1 has a lot of tracks they use just for the cars, like Le Castellet (Paul Ricard) last week, and here is Assen is just for motorcycle in the history."

Renault is believed to have a 'party mode' qualifying engine boost mode for this race, worth 15bhp.

"Keeping the Australian seems like the last piece of the jigsaw. He has proved his worth repeatedly and strikingly this season, with wins in China and Monte Carlo."

"I am very much looking forward to racing at Spa once again, this was where I got my first pole position in F1 so it brings back great memories."

"A significant slice of Indianapolis will be coming to Europe for the very first time in its 82-year history as the iconic Borg-Warner Trophy (presented to the winner of the Indianapolis 500) goes on display at Goodwood House during the Festival of Speed presented by Mastercard."

Daniel Ricciardo looks set to stay at Red Bull, which is a disappointment for Phil:

I think 2019 will definitely be a development year at Red Bull and who knows what will happen after. It’s quite likely that Red Bull will not win a race next year and maybe even in 2020.

I can understand the Mercedes and Ferrari decisions, perhaps Mercedes’ more than Ferrari. They always seem to have a slight edge on Ferrari so why upset the apple cart by replacing Bottas? He’s very good but not exceptional.

Raikkonen is definitely well past his best so it really would be a breath of fresh air for him to be replaced by someone younger and faster. They are never going to win a constructors’ title with Raikkonen there but Ricciardo would give them a much better chance. Why don’t they take a risk and have two really top-notch, fast drivers up against each other. It would really be exciting for F1. Maybe they just don’t care about the onstructors’ title.

Even if Leclerc moves to Ferrari in 2019 we are still likely to end up with the number one, number two scenario as long a Vettel is competitive and challenging for the drivers’ championship.
Phil Norman (@Phil-f1-21)