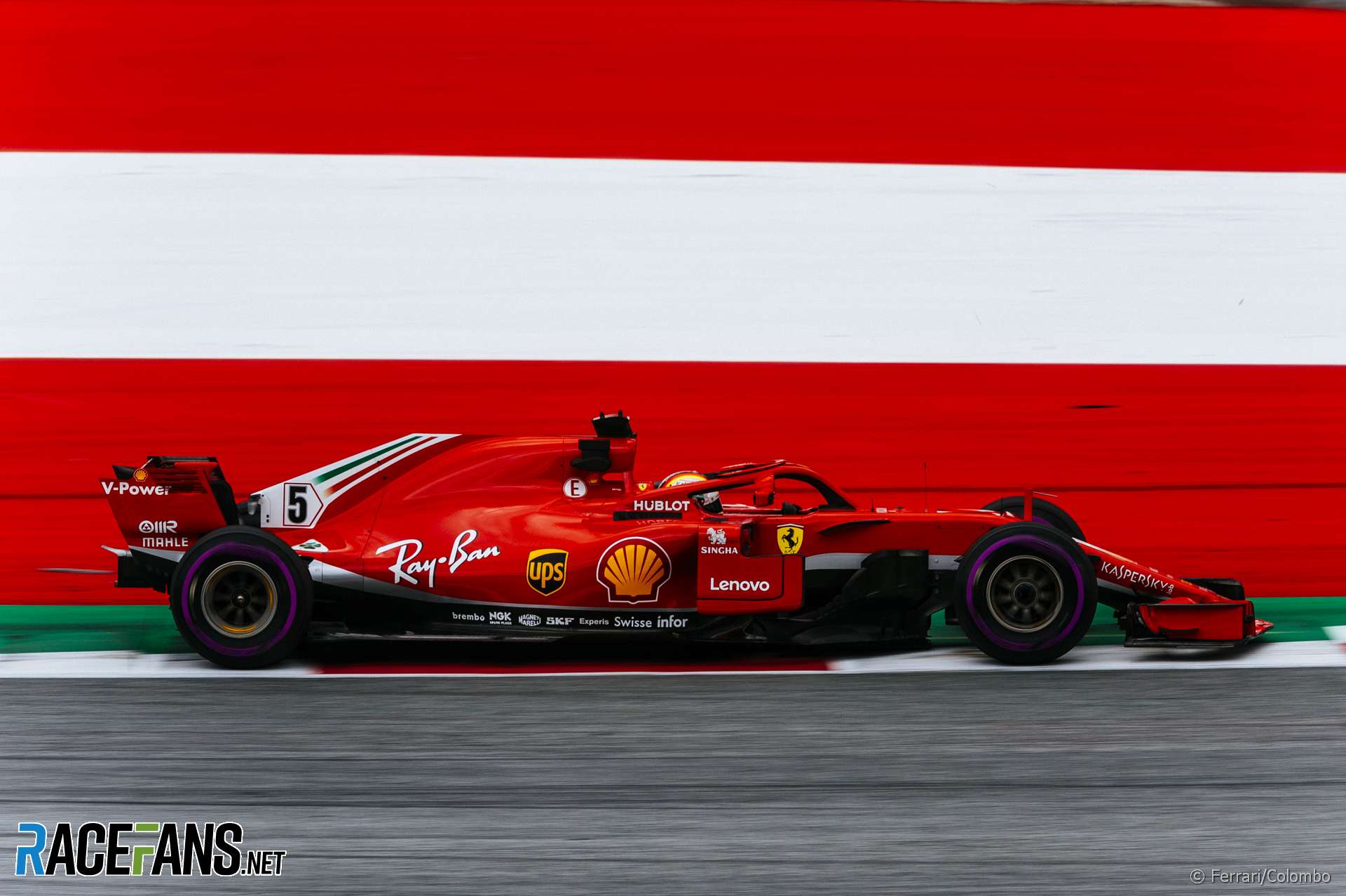 Sebastian Vettel has been given a three-place grid penalty for impending Carlos Sainz Jnr during qualifying, the Austrian Grand Prix stewards have announced.

The penalty will drop Vettel from third on the grid to sixth. Kimi Raikkonen moves up to third.

Vettel has also been given one penalty point on his licence, which means he now has a total of three for the current 12-month period.

The Ferrari driver said he did not intend to hold Sainz up and had not realised the Renault driver was so close.

“Obviously I wasn’t meaning to block him or ruin his lap,” said Vettel. “I was looking in the mirror, I was finishing my lap. I checked my mirrors, I could see anything, after turn one I checked again, there was nothing to see. By then it was side-by-side so fair enough.

“Fortunately it didn’t make a difference for him. The problem is the mirrors, we don’t see straight back. It’s the same for all of us. It’s to do with where the mirrors are and they are more or less in the same place for all of us.

“When the rear wing is closed, which is was because I was closing my lap and not pushing any more, and it’s also a little bit uphill here, you literally see nothing.”

Car five had just finished a push lap and was on an in lap, travelling quite slowly into and around turn one, on the racing line. The driver conceded that he had passed car 55 between turns seven and eight but assumed it had pitted after. However, car 55 was actually commencing a push lap and closed on car five rapidly along the pit straight and into turn one.

It is the belief of the stewards that notwithstanding the absence of a radio call, the driver of car five, being aware of the issue of rear vision with his mirrors, should not have been so slow and on the racing line, during a slowdown lap in qualification.

Having reviewed all alleged impeding incidents since the beginning of 2016, the penalty of a drop of three grid positions is consistent with all other similar incidents.