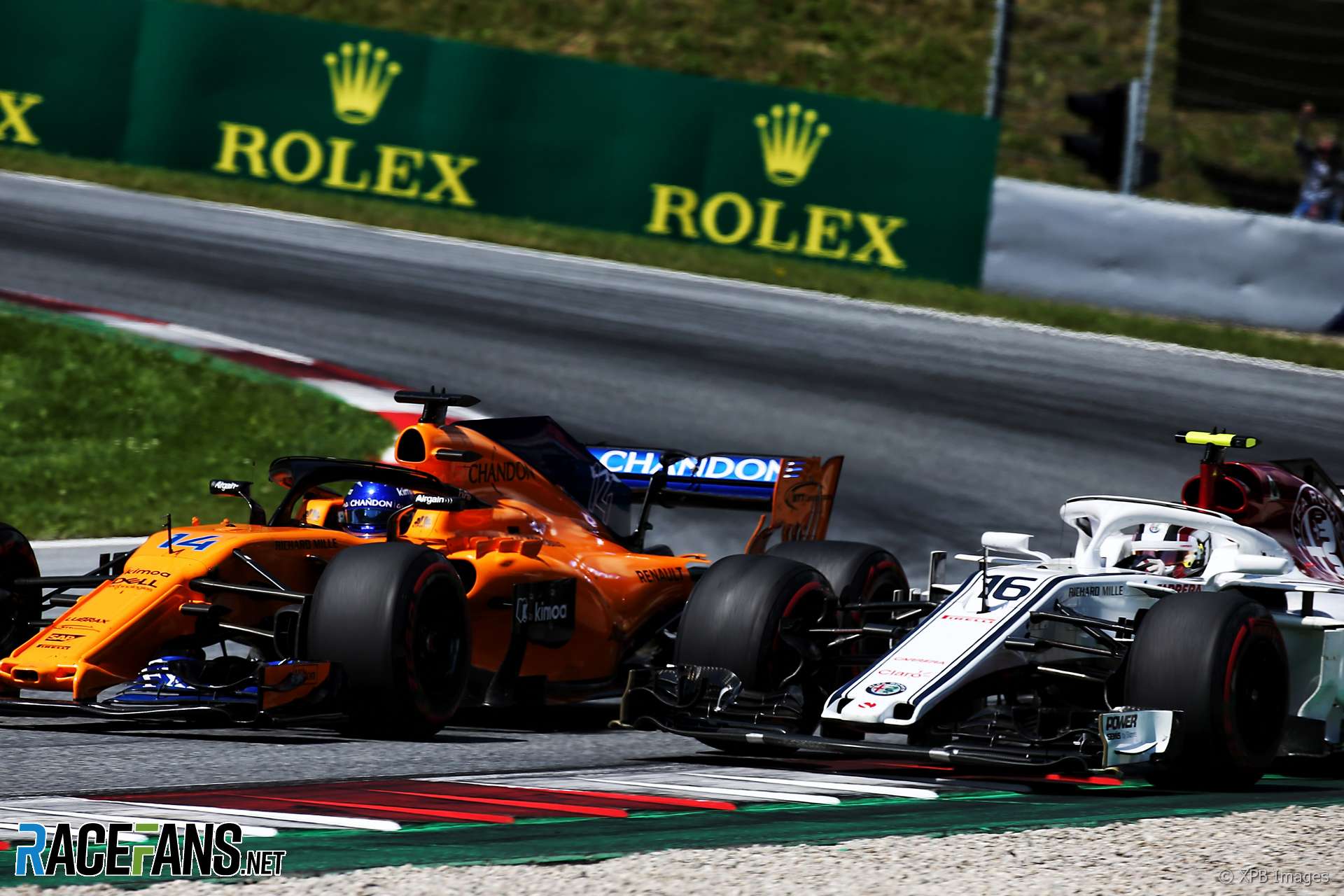 Charles Leclerc says he took note of how Fernando Alonso used his tyres in a race where several drivers suffered due to blistering.

The McLaren driver passed the Sauber on his way to eighth place after conserving his tyres for much of the race.

“I think Fernando was a bit on the back foot when he changed to the soft tyres,” said Leclerc. “And that’s where you see his experience is paying off in this, he has just been very clever, he kept his tyres and at the end he was very quick with tyres in better shape than mine.

Leclerc still managed to finish ninth and scored points for the fifth time in the last six races. He said he was “extremely happy about [his] performance this weekend” despite going off on the first lap while trying to pass Pierre Gasly.

“P13 [in qualifying] and we had a five-place grid penalty, then we were P13 or P14 before going in the gravel and again last, [then] coming back into the points so it’s a great weekend for us,” he said.

“I knew I had to push very hard in the first laps because of starting from 18th I had to take some risks.

“I tried to overtake Pierre, I think. Somehow, I don’t know what really happened this lap but lots of cars went wide in this corner. I think Pierre and Marcus [Ericsson] nearly went in the gravel like me.

“But I just lost it because I tried to out-brake Pierre who also braked quite late so was just too much so I had to go wide.”

His team mate Ericsson, who finished 10th, let Leclerc by into ninth place. “Marcus was just on a different strategy,” explained Leclerc.