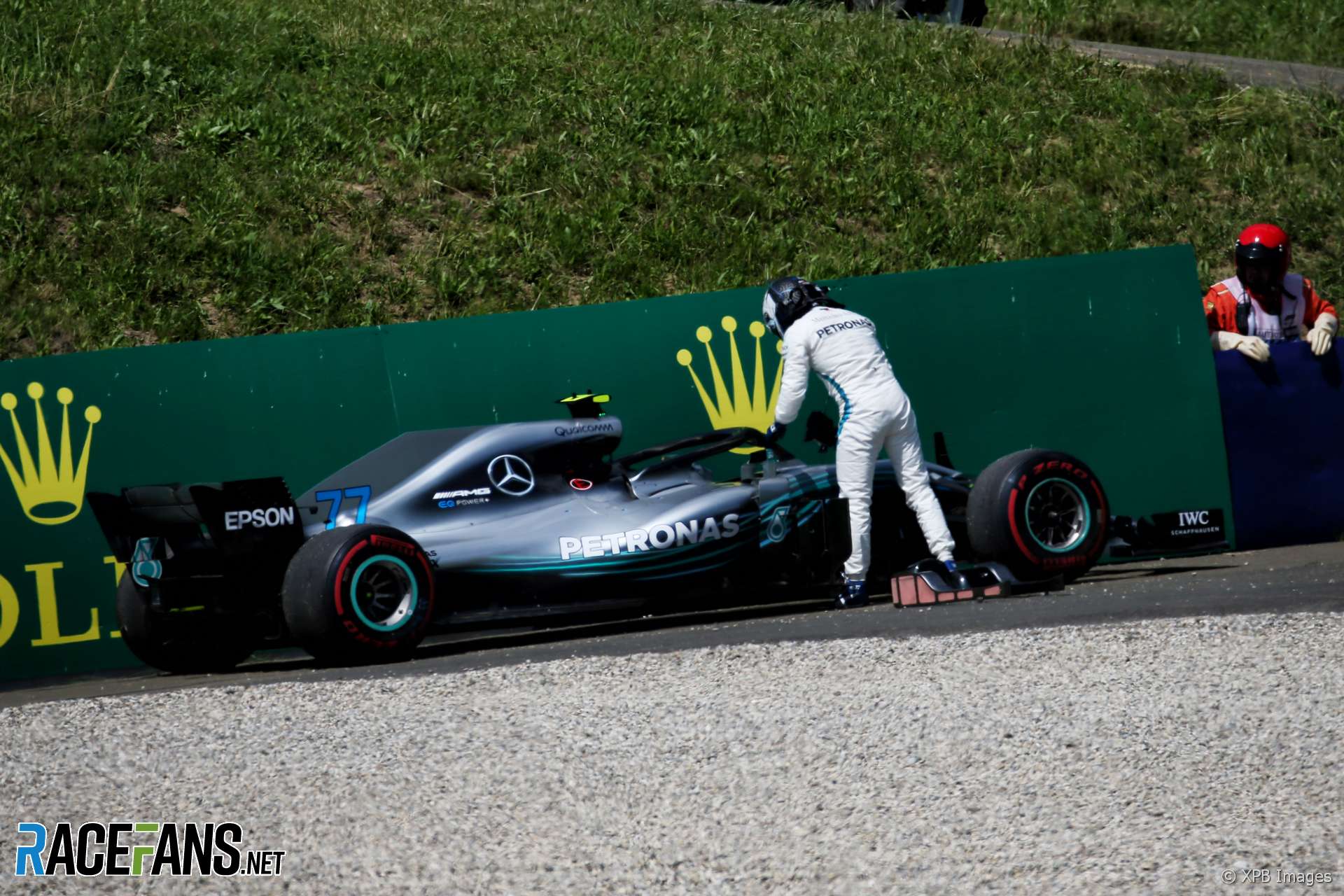 Mercedes believes the faults which caused Lewis Hamilton and Valtteri Bottas to retire from the Austrian Grand Prix were not related to the new-specification power unit it introduced at the last race.

The team had postponed the introduction of its revised ‘phase 2.1’ M09 power unit by one race after discovering a problem with it prior to the Canadian Grand Prix. It was raced for the first time in France last weekend.

However team principal Toto Wolff said the team’s two retirements in today’s race had separate causes, neither of which appear to be linked to the new specification.

“I think none of the issues today on the cars had something to do with the [power unit’s] reliability as far as you can see,” he told media including RaceFans.

“We had a hydraulic leak that was linked to the steering on Valtteri. And we had a drop in fuel pressure on Lewis’s car which was linked to the fuel system. This is the current understanding. So no regrets on introducing the engine.”

having locked out the front row of the grid for today’s race, Wolff said the double retirement was even more painful for him than the Spanish Grand Prix in 2016 when both the team’s drivers crashed on the first lap.

“For me [it’s] the most painful day in my years at Mercedes, worse than Barcelona,” he said.

“I had plenty of people coming to see me before the race saying this is going to be a walk in the park, one and two, you have the quickest car. And I said we’ll talk in two hours. This is exactly how motorsport, motor racing can go. It can be very cruel. I think we had all the cruelty go against us today.”