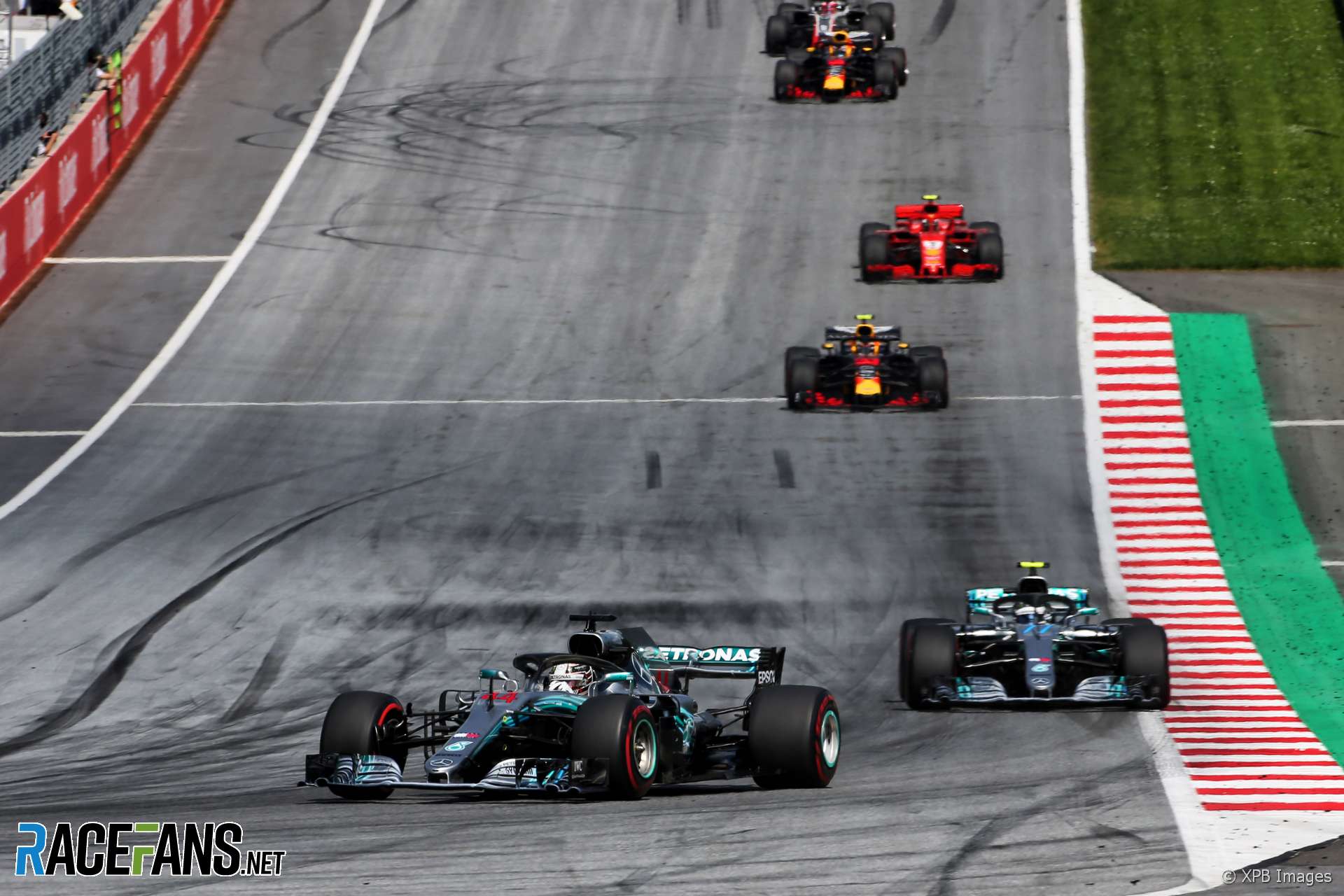 By leaving Hamilton out, Mercedes handed the effective lead of the race to Max Verstappen. Once Hamilton made his pit stop under green-flag conditions, the way was clear for Verstappen to take victory for Red Bull.

Mercedes’ team principal Toto Wolff admitted they hesitated too long over the decision to bring Hamilton in. Horner, however, said Red Bull knew right away they wanted to pit both of their cars, even though it meant queuing one behind the other.

“[Valtteri] Bottas had the issue and the Virtual Safety Car came out and it was just a question of right, take this,” Horner told media including RaceFans. “It’s right on the cusp for us, we’ll double stop. The boys once again nailed a double stop in the pit lane.

“We were quite surprised that Hamilton didn’t take that opportunity to stop because that was always going to give us, potentially, track position so long as we could match his pace.”

Horner said Red Bull were committed to bringing both cars in and would not have left one out to take the lead had Hamilton pitted.

“We were committed to the double stop,” he said. “We felt that was the quickest way to the end of the race. That’s why Ferrari, I think, did the same as well.

“We were quite surprised Lewis didn’t take that opportunity.”

Red Bull looked to be heading for a one-two finish at one stage. However Daniel Ricciardo had to make a second pit stop due to tyre wear and later retired from the race.

“He had, it looks like, an exhaust issue that’s then jetted hot air onto the rear of the car which has unfortunately caused his retirement,” Horner explained.