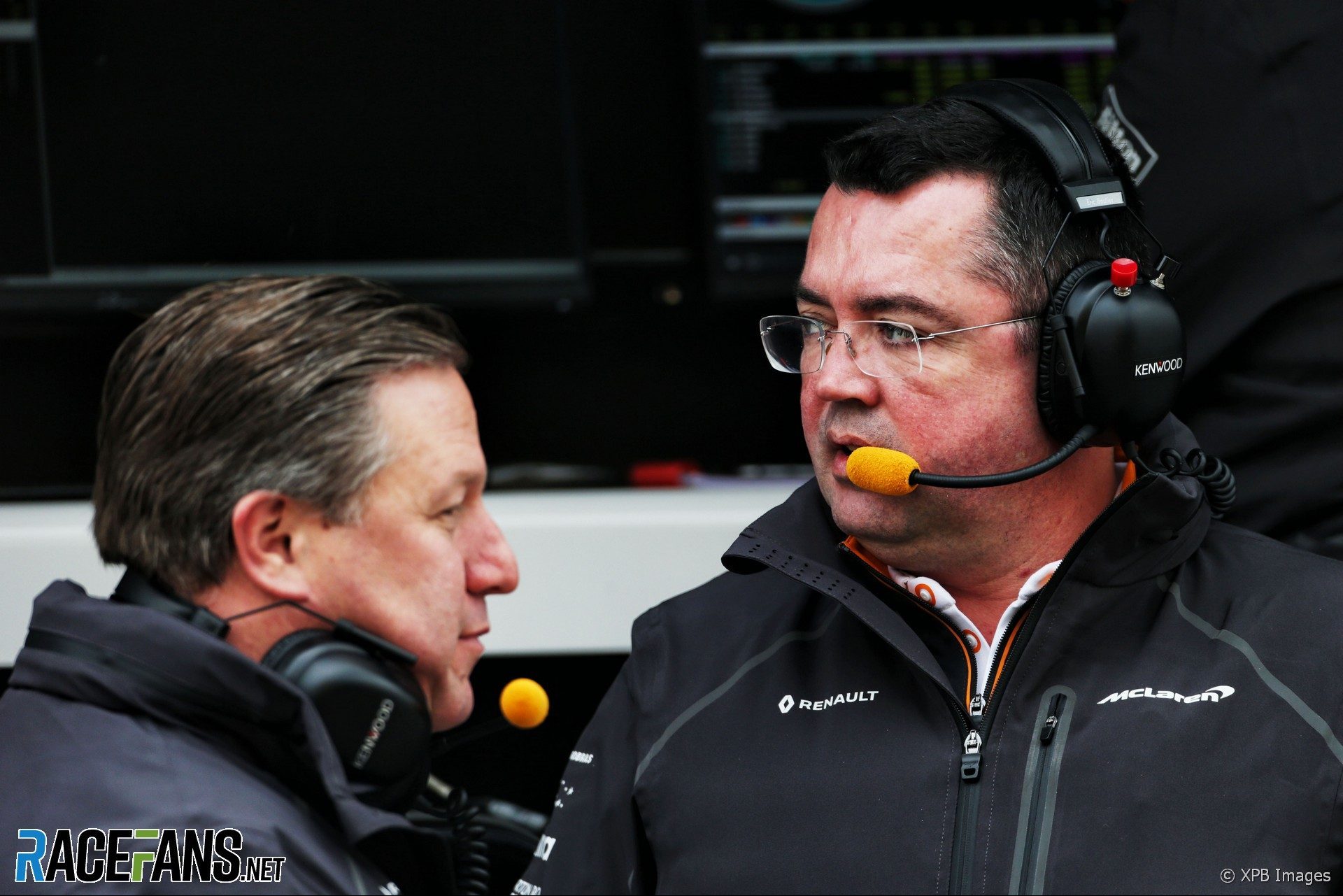 McLaren Racing CEO Zak Brown said the departure of racing director Eric Boullier and restructuring of the team is not a knee-jerk reaction to its poor form.

The Formula 1 team has announced a restructuring of its technical department in response to Boullier’s resignation, which Brown accepted yesterday

“We have announced this big change to get our house in order,” said Brown. “I am not going to knee-jerk react.

“The team needs to have a period of stabilisation so we can build a strong foundation. The situation was not created overnight and therefore will not be fixed overnight. So today is our first step in getting back to our winning ways.”

Gil de Ferran has taken on the role of sporting director while McLaren is yet to announce whether Boulier’s former position will be filled. Brown denied De Ferran had been appointed earlier this year in order to replace Boullier.

“We brought Gil in a few months ago and we identified that we could probably use some of Gil’s sporting experience to get the most out of our drivers, our engineers, have a fresh set of eyes in the garage. So it was not our plan at that time to have him in this role.

“What we identified was an area in which we thought he could contribute. And as we have worked with him and things have evolved it’s naturally fallen into place that we thought he would make an excellent sporting director. But that was not set out in a defined way when he first started.”

22 comments on “Replacing Boullier not a knee-jerk reaction – Brown”