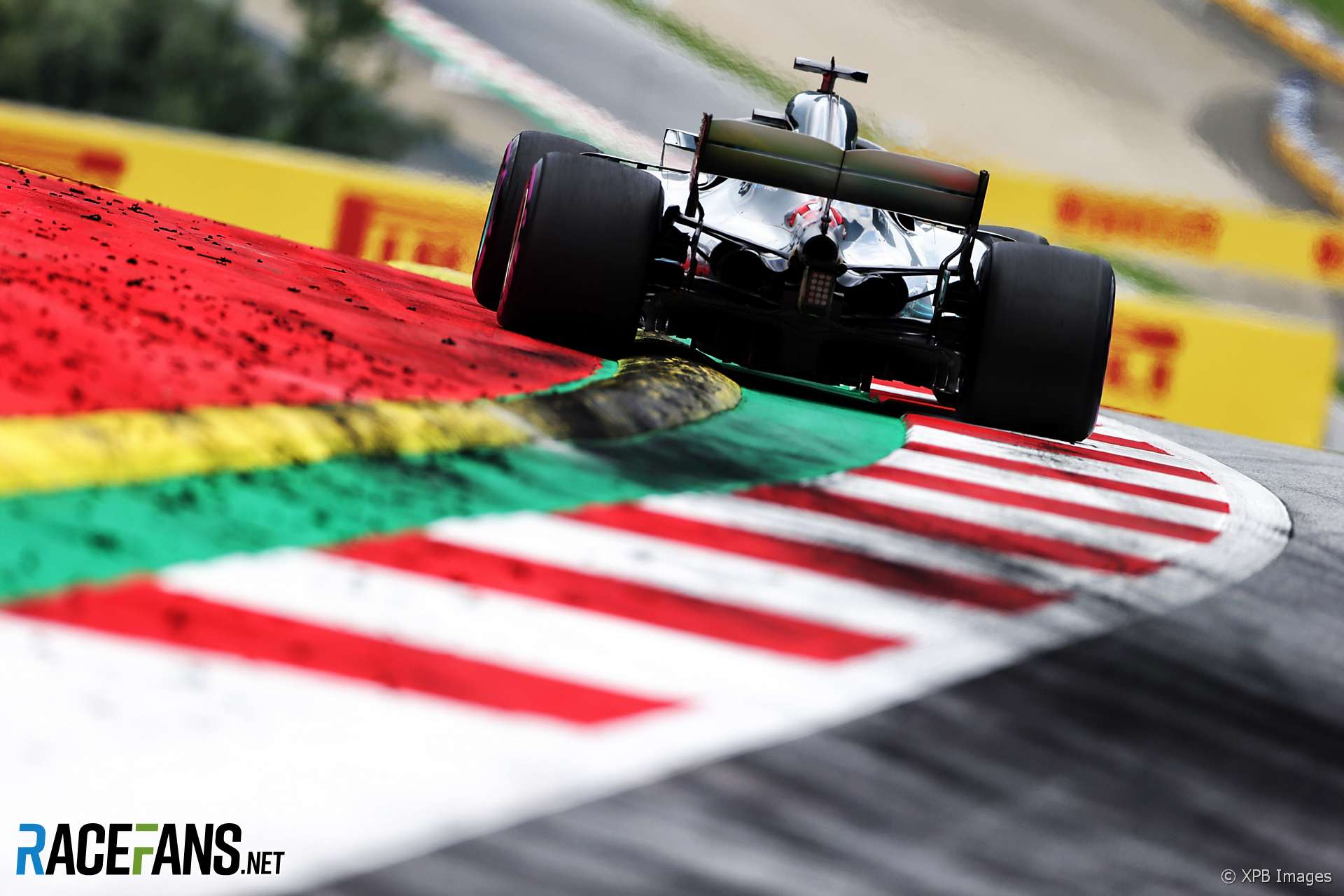 In the round-up: Drivers are split over whether the Red Bull Ring kerbs, which damaged several cars during the Austrian Grand Prix weekend, are too severe.

FIA race director said an alternative to the kerbs is being considered but he is in favour of them:

There [were] a few complaints in practice. I think opinion is quite evenly divided.

There may be a better solution to achieve the same objective, we’re always looking for that. But at the moment this is something that I believe works. Of course when drivers go over them, damage their car, they’re upset about it.

Can you guess what it could be? pic.twitter.com/Al4jNMkPnn

Hamilton on how F1 has both built and broken him (F1)

"You don’t have time to pray (if you crash). Anything can happen any day, but I feel God has his hand over me."

"It’s a track that suits my driving style. Big, high-speed corners, a lot of downforce, which requires a bit of grit to get the most out of the car."

Jenson Button: "To see those Jags, which looked so low downforce compared to anything else they were racing against, with the puny, skinny rear wing that didn’t look like it actually did anything, they were such beautiful works of art."

Hakkinen: Why it’s so important to have the right structure and the best people around you in F1 (Unibet)

"Drivers can be quite emotional after a race, especially when things have gone badly, and you can sometimes use the wrong words. So James Vowles removed a lot of pressure from Lewis by accepting responsibility."

"Nathalie McGloin, the only female tetraplegic racing driver in the world to be competing, will hand over the third place trophy in place of David Richards, chairman of the Motor Sports Association (MSA), who has passed the honour to Nathalie in order to highlight the participation of people with disabilities in motorsport."

Are Formula 1’s engine rules too restrictive to attract new manufacturers such as Porsche?

At present, it’s my belief that there’s very little chance of any new engine manufacturers entering the sport, not because of the expense, but rather because it is so regulated, it stifles any chance a new manufacturer has for true innovation.

What a new manufacturer has to look at when considering entry is “will we be able to demonstrate that we’re as good as or better than the current manufacturers” (which means in reality “will we stack up against Mercedes engines”?)

If they were given a more free reign (e.g. use whatever configuration you want but your fuel allowance is ‘x’, you can have as much electrical power as you want) then surely we might see some innovators (and even perhaps more road relevance) introduced. They’d be trying to prove ‘their’ way is better rather than (as is the case at the moment) trying to prove that they can emulate what Mercedes does as well as they do.

Just seems pointless worrying about encouraging other manufacturers as I don’t really see any upside for them.
DB-C90 (@Dbradock)