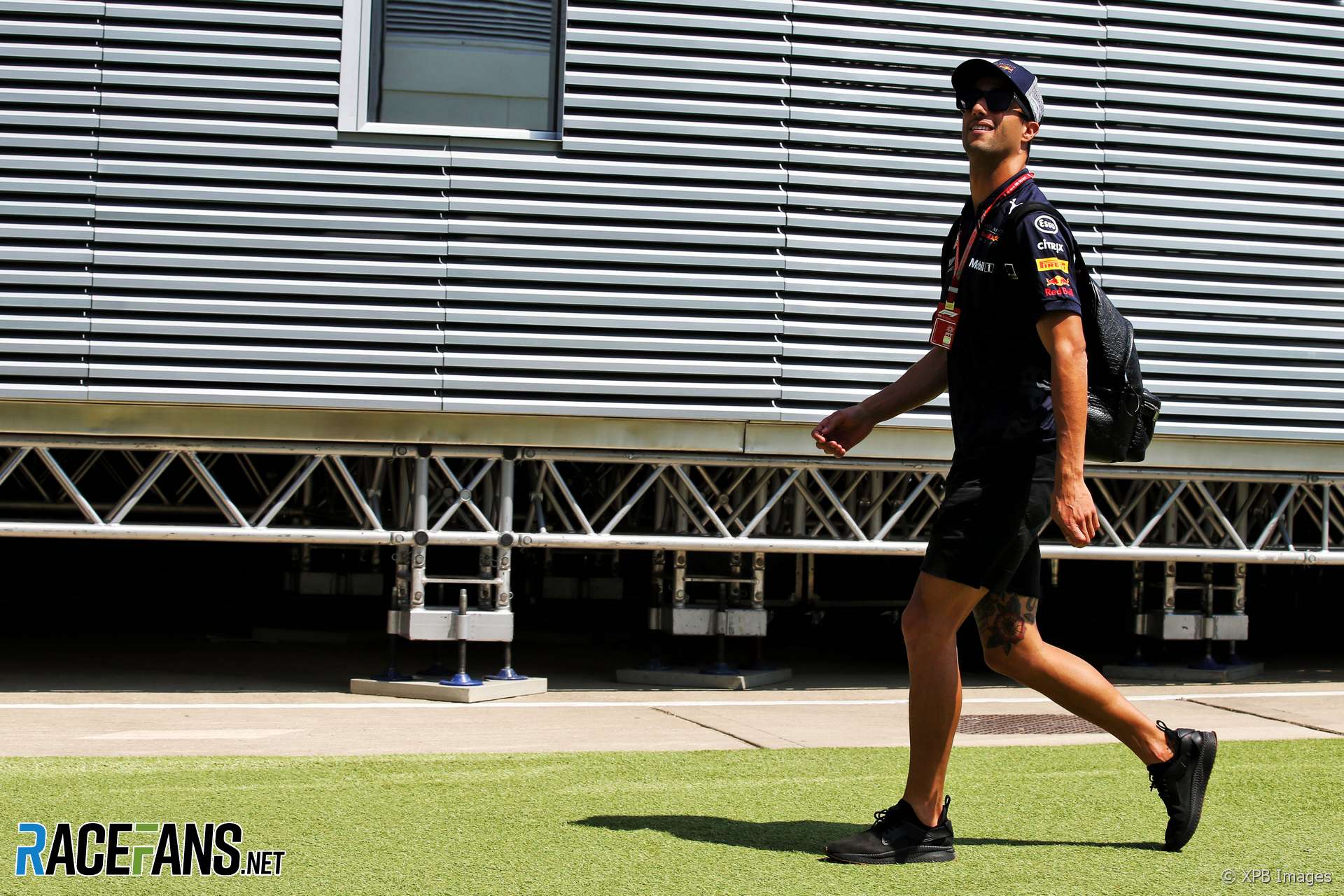 Daniel Ricciardo says Red Bull has laid out their case for him to stay at the Formula 1 team beyond the end of this season.

He is weighing up whether to extend his contract to stay at the team following their decision to switch from Renault to Honda power next year. Ricciardo said he is satisfied the team hasn’t made an “emotional” decision.

“I’ve obviously heard the team out more than once and they’ve given me good reason,” he told media including RaceFans at Silverstone.

“The important thing to understand for me why they’ve done it is it can’t just be purely on emotions like ‘ah, it’s gone [wrong] with Renault’, whatever, and we’re just doing it because we want to change.

“They’ve obviously done their homework and they strongly believe that it is a good thing, not just an emotional decision. They’ve done what they can to try and encourage me to make it happen.”

Ricciardo and Red Bull team principal Christian Horner have both indicated they intend to make an announcement before the summer break.

An exhaust problem put Ricciardo out of last weekend’s race. Asked by RaceFans about the effect retirements have had on his season Ricciardo said he hasn’t given up on getting into the championship fight.

“I think we’re doing pretty well considering we’ve only finished six out of nine. [But] doing alright is not enough to be there and I think especially because we are not dominating every race on every circuit we go to we need to finish more. Two were technical and one was obviously the incident with Max [Verstappen].

“We’ve got to try and finish more. I’m very likely going to have a penalty in Germany. The odds are against us but I still don’t think it’s impossible. There’s still too long to go to say it’s out.”

22 comments on “Red Bull have made their case – Ricciardo”