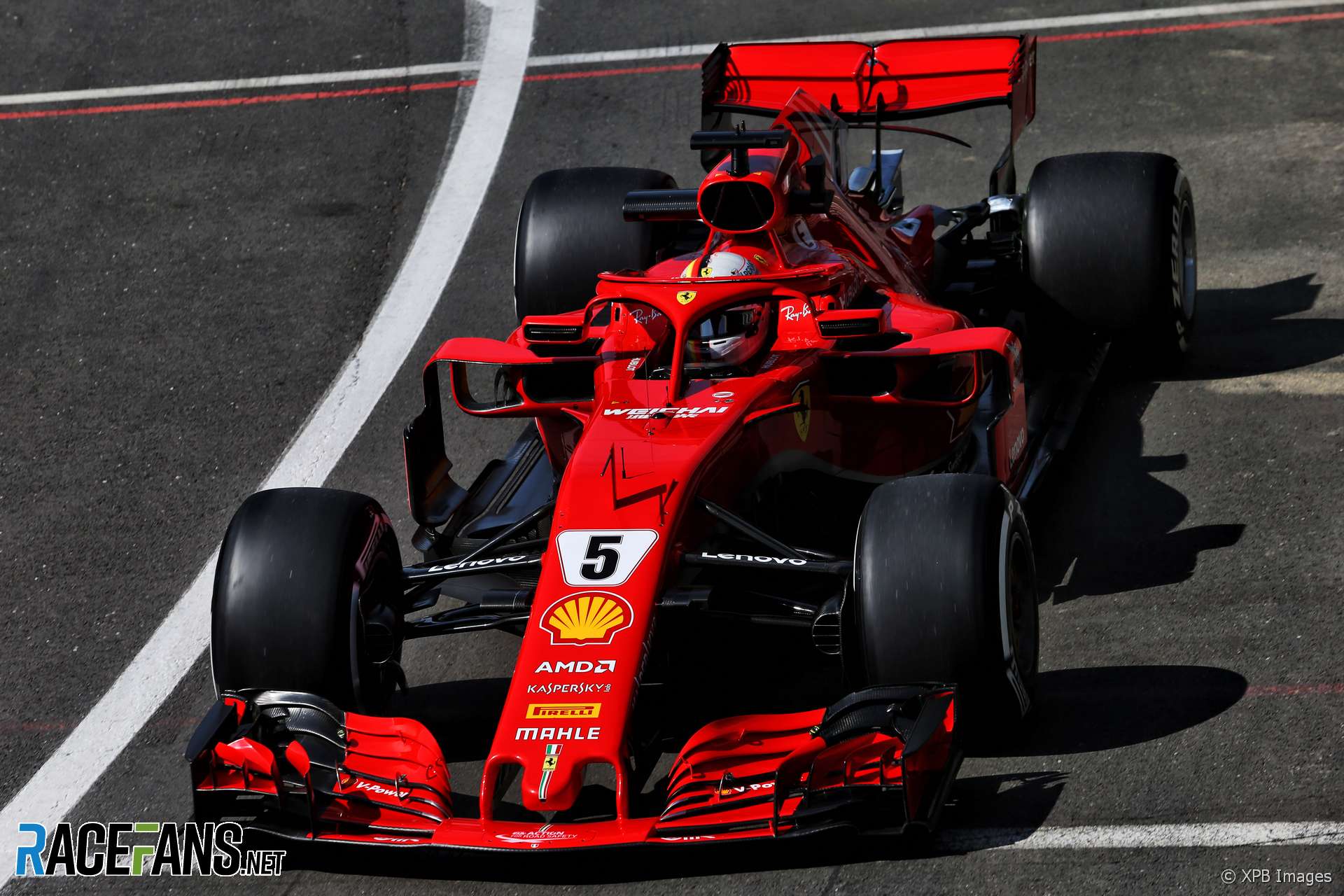 Sebastian Vettel put Ferrari ahead in the second practice session at Silverstone but he wasn’t able to improve on the best time Lewis Hamilton set in the morning.

As track temperatures rose to over 50C the Mercedes drivers were unable to replicate their times from the cooler morning session. Vettel produced a best time of 1’27.552 on the soft tyres which put him within a tenth of a second of Hamilton’s first practice benchmark.

On the hot track drivers found the tyres gave their best on the first flying lap. Having lost time on his first run, Kimi Raikkonen ended up almost half a second off his team mate with his subsequent lap, and was separated from his team mate by the two Mercedes. He also had a near-miss when a Williams was waved out of the pits in front of him.

Romain Grosjean damaged his chassis when he crashed in first practice, which meant he was unable to take part in the second session. And within a few minutes of the session beginning another driver was ruled out.

Max Verstappen was on his first flying lap, running the hard tyres, when his Red Bull snapped sideways at the exist of Luffield. He hit the barrier nose-first, which spun the back of the car into the barrier, causing further damage. The session was red-flagged while his car was recovered.

That left Daniel Ricciardo as the sole Red Bull in the session, and he ended up over eight-tenths of a second down on Vettel.

Fernando Alonso was next-quickest, bringing some encouragement to McLaren following their unpromising start to first practice. Nico Hulkenberg put his Renault in seventh ahead of the two Force Indias and Charles Leclerc’s Sauber.