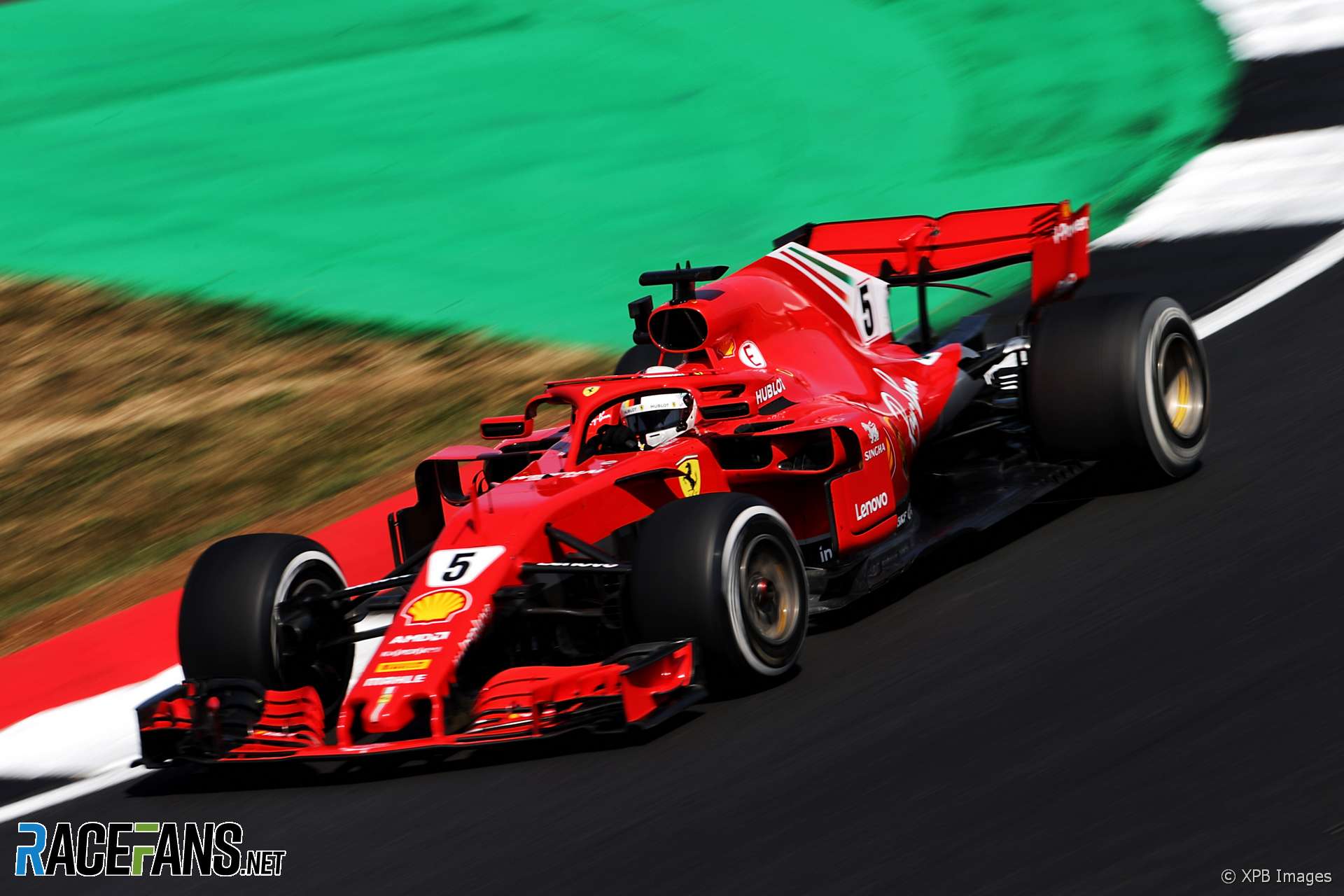 Lewis Hamilton took what could prove to be an especially vital pole position by a particularly slim margin at Silverstone.

As the Austrian Grand Prix showed, in hot conditions cars are especially susceptible to damaging their tyres when they run close behind others. So the first goal for Hamilton is to ensure he doesn’t lose his lead from pole position.

But the last race also showed Mercedes can be vulnerable at the start compared to Ferrari.

“We’ve looked at the starts,” Mercedes team principal Toto Wolff told media including RaceFans after qualifying today. “This is an area where we haven’t performed so well.

“Our starts were OK but Ferrari’s starts were exceptional. There is always… we are under risk at the starts at the moment so we’ll see what it gives tomorrow.”

Ferrari won’t have the advantage of starting on softer tyres this weekend. However their engine has excellent grunt, and the longer run to the first braking point gives them a greater opportunity to use it. And whereas last time there were two Mercedes ahead of one Ferrari in the top three, this time it’s one against two.

But even if they do stay ahead this does not look like being an easy race for Mercedes. Silverstone is expected to remain unusually hot on Sunday.

“The heat is not what our car likes,” Wolff admitted. “You can see the difference in performance between FP3 in qualifying with 10 degrees in higher track temperatures. The same ambient is predicted for tomorrow.”

However he’s hopeful it won’t just be Mercedes who struggle with the higher temperatures. “It could be the difficult race for all cars.

“We’ve seen some blistering on the Ferrari yesterday. Their long run wasn’t spectacular. Ours was a bit better.

The possibility that the tyres won’t hold up opens up the chance this may to become a two-stop race, some drivers suspect. Daniel Ricciardo said Red Bull have prepared for that possibility.

“We didn’t use a second soft in Q2 so we’re thinking if it is two-stop we’ll have at least a new soft to use. The hard is too hard but the rest… I’ll be surprised if they do a fast one-stop tomorrow. I think really it’s going to be two-stop.

“Hopefully we’re in a better place. We’ve set the car up to be more gentle on the rear tyres so hopefully that can help us.”

However Ricciardo is pessimistic of his chances of taking on the cars ahead in a straight fight. “Ferrari and Mercedes are so fast they need to run into some big problems for us to really challenge them tomorrow.”

The key to the race for Mercedes could be Bottas. If he can get between the Ferraris at the start, that will hinder their attempts to use alternative strategies to attack Hamilton. “We will be going full attack tomorrow and part of that could well be two different strategies and just trying to be aggressive,” Wolff hinted.

“If we can stay in the lead I think Lewis in Silverstone, he’s a force,” Wolff added. “But obviously if you get overtaken at the start or in the first lap the whole thing becomes trickier.”

Can Hamilton resist the Ferraris for another home victory? Are Red Bull genuine contenders?

21 comments on “Ferrari have options to attack Mercedes on Sunday”