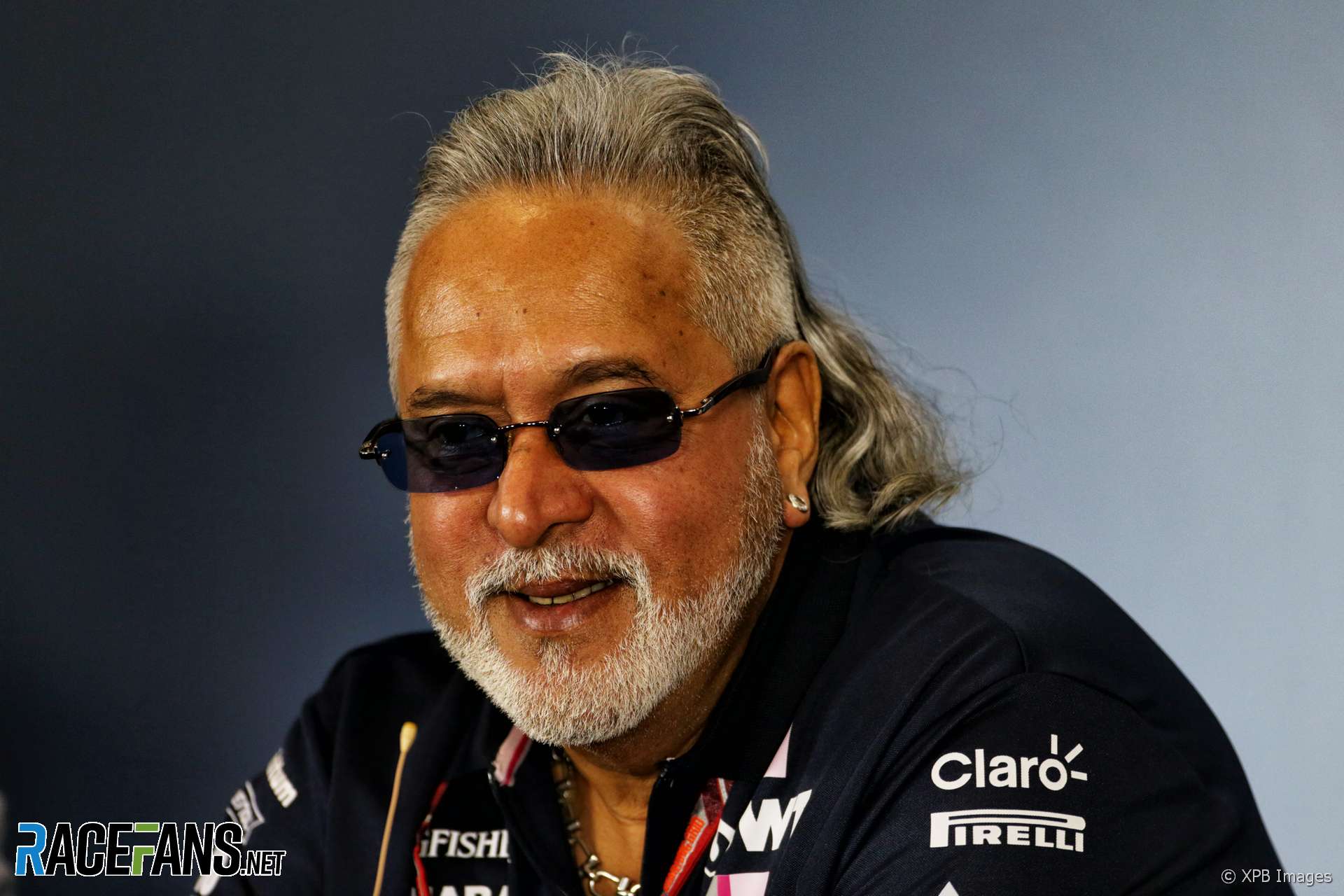 The British Grand Prix is the only race Force India co-owner Vijay Mallya can attend due to his ongoing legal problems and India’s attempts to extradite him to Britain. Nonetheless @DieterRencken found him in good spirits at Silverstone – along with much of the paddock. Must be the surprisingly sunny British summer which has greeted F1 this weekend.

After hearty full English breakfast consisting of cholesterol and coffee I hit the road – roof down in celebration of the glorious British summer, of course. Travel is a breeze – 20 minutes to cover 15 miles of leafy lanes, without a stop all the way to Silverstone’s main gate.

I reflect on my first-ever visit to Silverstone as a journalist back in 1997 – I’d previously visited as a fan, but never the GP – and the long jams I experienced. It took two hours to travel 20-odd miles from either M40 or M1 and the A43, and marvel at how improved the situation is thanks to upgraded access roads, one-way systems, park-and-ride and improved camping facilities – despite a massive increase in crowds due to the Lewis Hamilton factor.

At the time then-F1 tsar – who remains a BRDC member despite his constant criticisms of Silverstone – described the event as a “country fair masquerading as a grand prix”. I can’t help but recall the chaotic French Grand Prix a fortnight ago, then consider that his family trust controls Paul Ricard.

I’d arranged for my good friend Cedric Selzer, who was Jim Clark’s mechanic during Lotus’s halcyon 1963 season, to visit the paddock. I set up a chat with Mario Isola, Pirelli’s Head of Racing. They discuss the differences in tyre technology: Cedric marvels when told that Pirelli produces seven compounds and takes 1,800 tyres to a grand prix – and scraps all unused, fitted tyres for safety reasons.

For his part, the Italian is amused to discover that in Clark’s day a set of (treaded) tyres would last through four grands prix, and shakes his head when Cedric relates that there were no slicks, intermediate or wets – you run what you brung, regardless of weather. “Dunlop introduced a softer compound called ‘Green Spot’, but we weren’t allowed to run it in the dry, so we just painted over the spot with black paint…” Cedric recalls.

FIA team bosses’ conference, and it’s great to see Vijay Mallya present for the first time in a year. Think what you will about the Indian mogul, but he loves his racing and it’s mainly thanks to his drive that the team last week celebrated its 200th grand prix as Force India. Indeed, it’s fair to state that the team previously known as Jordan, Midland and Spyker would likely have gone under but for Vijay’s patronage and vision.

Lunch at Pirelli with Cedric and editor Keith by kind invitation of Mario – time is tight as we need to cover second practice and Cedric is booked in at Toro Rosso as observer. So we go for buffet rather than the very tempting menu. Either way, the spread would do a top class restaurant in Mayfair proud. We settle for tuna penne with olives and capers, followed by (obviously) fresh strawberries.

After FP2 I draw the two Williams drivers, then it’s a wait until 5pm(ish) while drivers attend the usual debriefs and FIA briefing. Thereafter I attend Renault’s session with Nick Chester, two Force India drivers, both Haas pilots and the Force India’s management team, where I ask Vijay why he doesn’t seek cease and desist orders against folk who insist they’re close to completing a purchase of the team, yet nothing eventuates.

“Don’t you think I have enough legal issues without starting another action?” he shoots back with a smile. Good to know Vijay hasn’t lost his sense of humour despite his travails.

I finish off with the Toro Rossos, and am amused when a journalist asks Pierre Gasly whether he would consider flying to Moscow for the world cup were France to make it that far. Lewis has indicated he intends going, adds the scribe.

“Ask Lewis whether he has a spare seat in his plane,” responds Pierre, “then I’ll go…”

Off to the annual BRDC BBQ for British media, where the club introduces its Superstars – promising youngsters who are groomed and supported by the club. The current contingent includes F2 stars George Russell (a Mercedes young driver) and Lando Norris (McLaren) F3 winner Dan Ticktum (Red Bull, and in the frame with Toro Rosso for next year), and GP3 star Callum Ilott (Ferrari). Clearly British motorsport has a very bright future.

Head for digs, preparation for tomorrow and bed. Another hot summer day awaits.