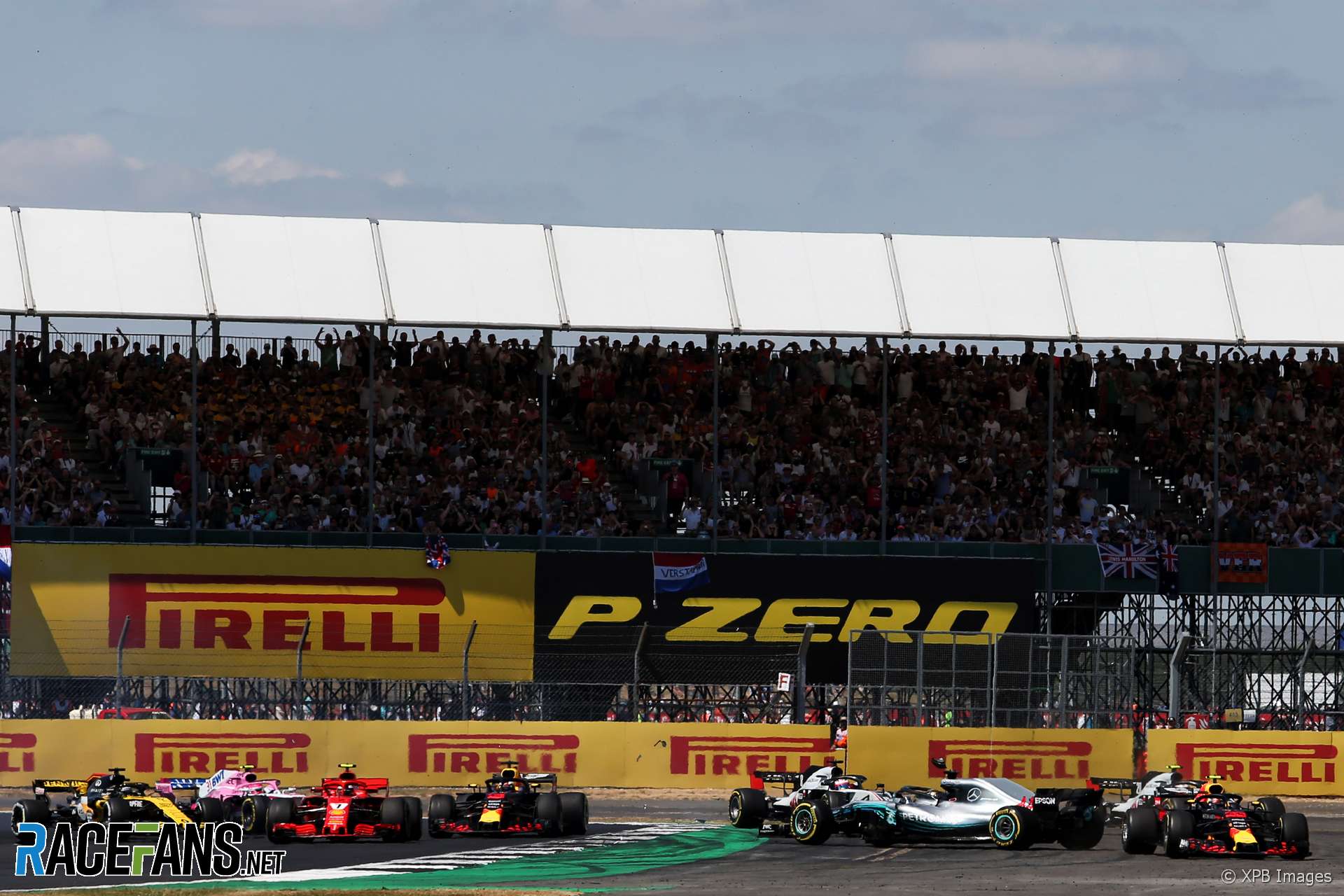 Ferrari pair Sebastian Vettel and Kimi Raikkonen described suggestions they collided with their Mercedes rivals on purpose as “silly”.

Raikkonen tangled with Lewis Hamilton on the first lap of today’s British Grand Prix. Two weeks earlier their team mates were involved in a similar collision when Vettel tangled with Valtteri Bottas.

Following today’s race Hamilton referred to the Ferrari drivers using “interesting tactics” at the start. But they denied the collisions were intentional.

“Things can happen but I think it’s quite silly to think that anything that happened was deliberate,” said Vettel. “At least I would struggle to be that precise to take somebody out.

“In France I lost my wing so I screwed my race. I think it’s easy to obviously attack and have a great move and also easy to have an incident.”

Vettel added he didn’t believe Raikkonen deliberately collided with Hamilton. “I only saw it briefly on the monitor,” he said. “I don’t think there was any intention and I find it a bit unnecessary to even go there.”

“Things happen sometimes,” he said. “I locked a wheel, unfortunately we touched, we both paid a price for it and that’s how it goes sometimes.

“It’s easy to say after the last couple of races that we are doing something but we’ve been hit very many times ourselves. That’s just how it goes unfortunately.”