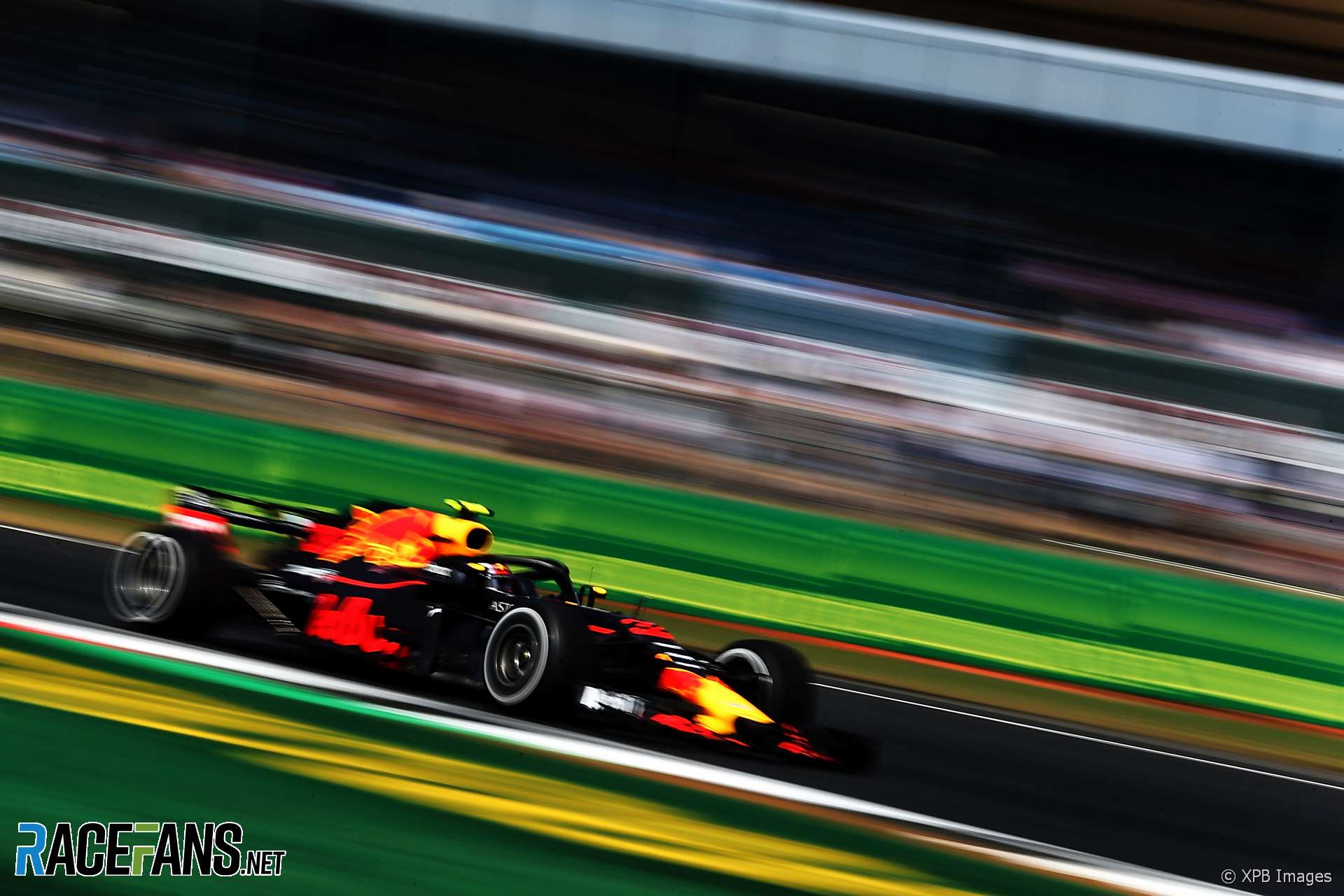 Max Verstappen revealed he wasn’t able to take Abbey flat-out in qualifying with DRS open because he was running with less downforce than in practice.

The Red Bull drivers were the first to tackle the corner flat-out while using DRS during practice. However the team’s lack of straight-line speed has forced them into a set-up compromise since then.

“On my previous wing level it was flat out with DRS open,” said Verstappen. “[But] in qualifying not because I went down on wing level. Then it gets a bit tricky.”

Lowering the wing angle will help make up for the team’s shortfall in straight-line speed. Verstappen said the team’s Renault power units have up to 80bhp less than their rivals and are costing them up to a second on the straights.

Asked about their deficit to their rivals in qualifying, Verstappen said: “I think you can fill it in yourself. I think if you miss 70, 80 horsepower you know you’re going to struggle.

“Now, with the cars we have, a few corners became flat-out so it just gets more and more difficult.”

“Turn one, for example, and Copse [are flat-out],” said Verstappen. “The big problem as well is when you go through a corner which is almost flat, then when you accelerate out of the corner our engine is just not pulling, and their engine then recovers [the deficit]. Then you know you don’t have the horsepower.

“Especially the corners which are flat, you start scrubbing speed with the steering and you lose even more because after the corner it’s getting even bigger.”

Red Bull will switch from Renault to Honda engines at the end of the season. Verstappen denied he is frustrated by the French manufacturer’s engines.

“[I’ve been] driving already four years like this,” he said. “You get used to it. Of course it’d not what you want but that’s how it is.”

Verstappen drew encouragement from his victory last weekend in Austria where he didn’t expect to be competitive after qualifying.

“In the race normally we should be a bit stronger. It’s going to be very warm again so hopefully that will be quite OK for us.”

“In Austria I had a bad feeling after qualifying” he added. “I thought we were just not fast enough. We surprised in the race with actually really good pace. So never say never but it’s going to be tough.”