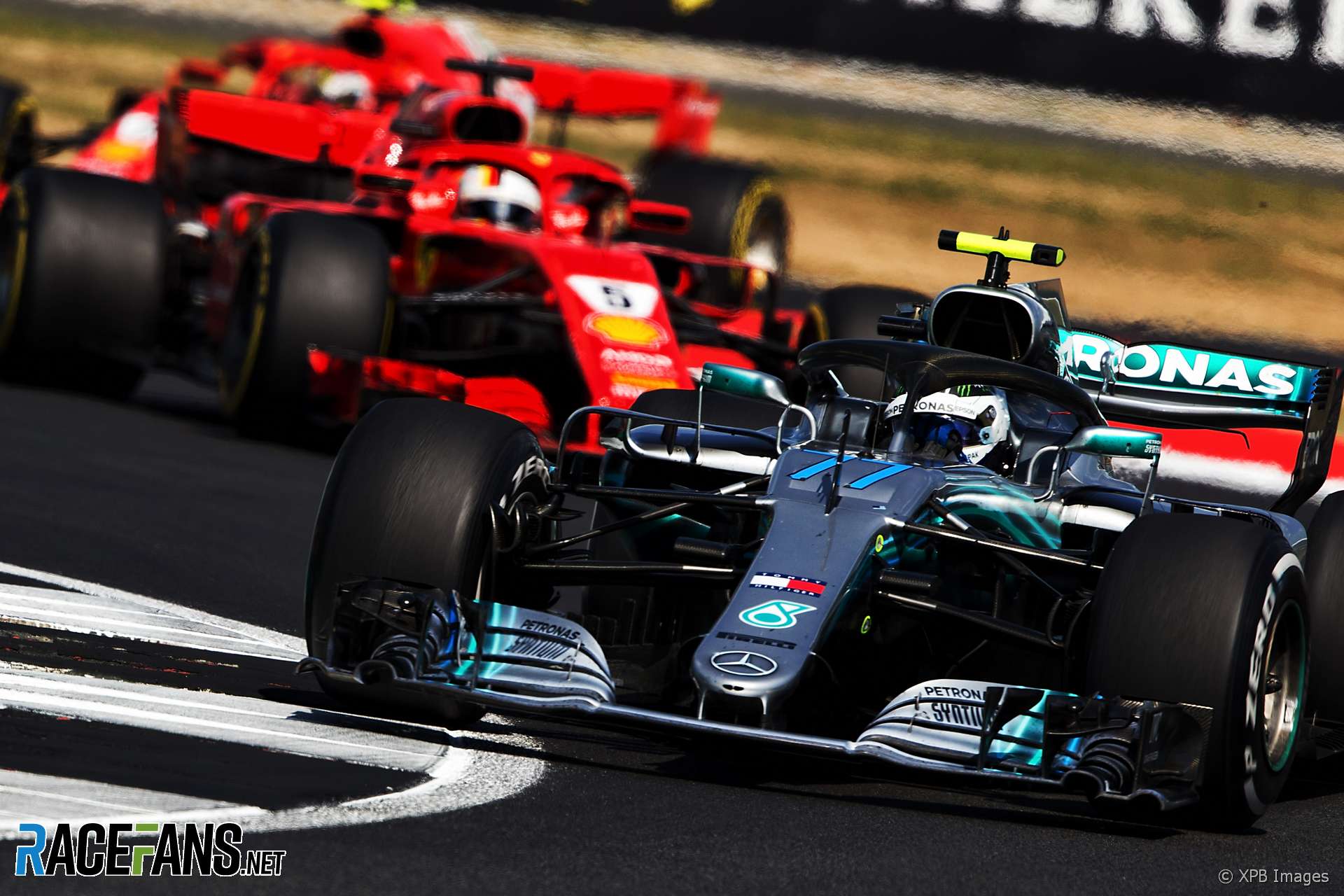 Valtteri Bottas says Sebastian Vettel’s race-winning pass on him in the British Grand Prix was inevitable because of how quickly the Mercedes drivers’ tyres were going off.

Bottas took the lead of the race by staying out on worn tyres when the Safety Car was deployed while Vettel pitted to take the lead. Bottas resisted Vettel’s attacks for several laps but eventually succumbed and fell to fourth place.

“I think it was just a matter of time,” said Bottas when asked if he had been surprised by Vettel’s pass. “Obviously it was disappointing at that point but then seeing lap after lap what happened what happened to me and how the grip was, nothing I could do.”

Bottas said he supported the team’s decision not to bring him into the pits at the time but in retrospect it was clear they should have pitted.

“I think without the Safety Car of course it’s only guessing,” he explained. “But at that point just before when it came it felt like our pace was quite strong compared to Ferrari. I was closing on Sebastian and we had an advantage at the end of the first stint. The second stint was going to be very long.

“We took the risk to stay out, to try and win the race, because on-track it’s always more difficult [to overtake] with a similar car. Honestly at that point when we stayed out if the team would have asked me if I wanted to try and go for the win or settle for second place, for sure I would go for the win.

“But now looking back for sure for the result it would have been better to stop. It’s a fact.”

40 comments on “Bottas: Vettel pass was “just a matter of time””