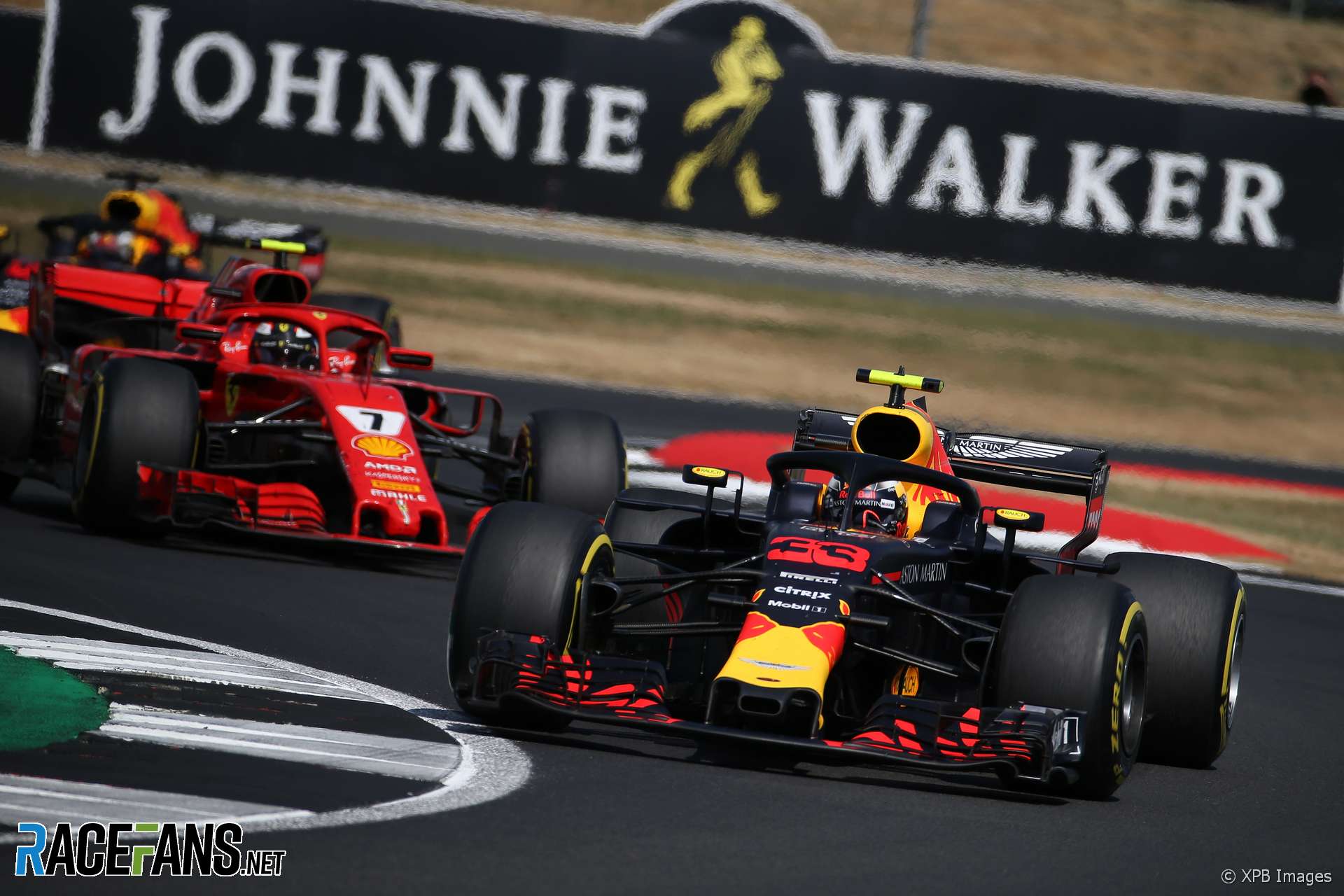 In the round-up: Max Verstappen says Red Bull were unable to compete at Silverstone because of their lack of power.

It was good fun. I think it was not completely fair of course, because it looked like we were 20kph down on the straights. It feels like you’re driving with an F2 engine against an F1 engine. This weekend we couldn’t really do much because of the deficit.

Thank you so much for the support throughout the weekend, your amazing presence really helped me today. I used every ounce of energy fighting up the grid. We’ll take this result on the chin and move onwards and upwards. We win and we lose together #TeamLH 🎥 @F1 @MercedesAMGF1 pic.twitter.com/InZr9W6j8H

Respect for Raikkonen for not trying to come up with bullshit after hitting Hamilton.

THIS is why there shouldn‘t be any VSC. Safety car always creates excitement. So good! 😱👌🏻 #F1

Arrivabene on Allison's comments: "If he really said that, he should be ashamed. He worked for Ferrari for many years. You have to be elegant. We are in England, they want to teach us how to be a gentleman, but he should be the first [to learn]"

"If somebody comes along and wants to pay an attractive price for anything, you have to put your commercial hat on and think about it commercially, not emotionally."

"Not every door is closed, but it's looking more and more likely that the other top teams will probably remain with their line-up."

"You could see how exposed we are in a straight line. We were hugely exposed both in attack and defence."

"Romain apologised to Kevin, I guess he waited with his braking a little bit too long."

After a dramatic British Grand Prix saw an exciting scrap for the win, @docnuke was left thoroughly entertained.

After seeing Hamilton getting clipped in beginning and the car was okay and it got going again, I stayed glued to the TV. The last race I recall where he came back like he did was in Hungary a few years ago. Despite how dull that race was in the past that race by Hamilton I was amazed by. I was expecting something similar with there being no rain, sunshine, great weather for racing. Watching the battles unfold as the race went on you could see that something was going to happen.

As the end of the second safety car period was coming to a close, you could see after the first one that nobody was going to let Bottas get away like he did. Those closing laps is what F1 fans needed. A good solid all out scrap like Ferrari and Mercedes had. Add in the Red Bulls who were coming at a steady pace it had the makings of a dynamite ending.

91 comments on “Verstappen: It felt like I had an F2 engine”