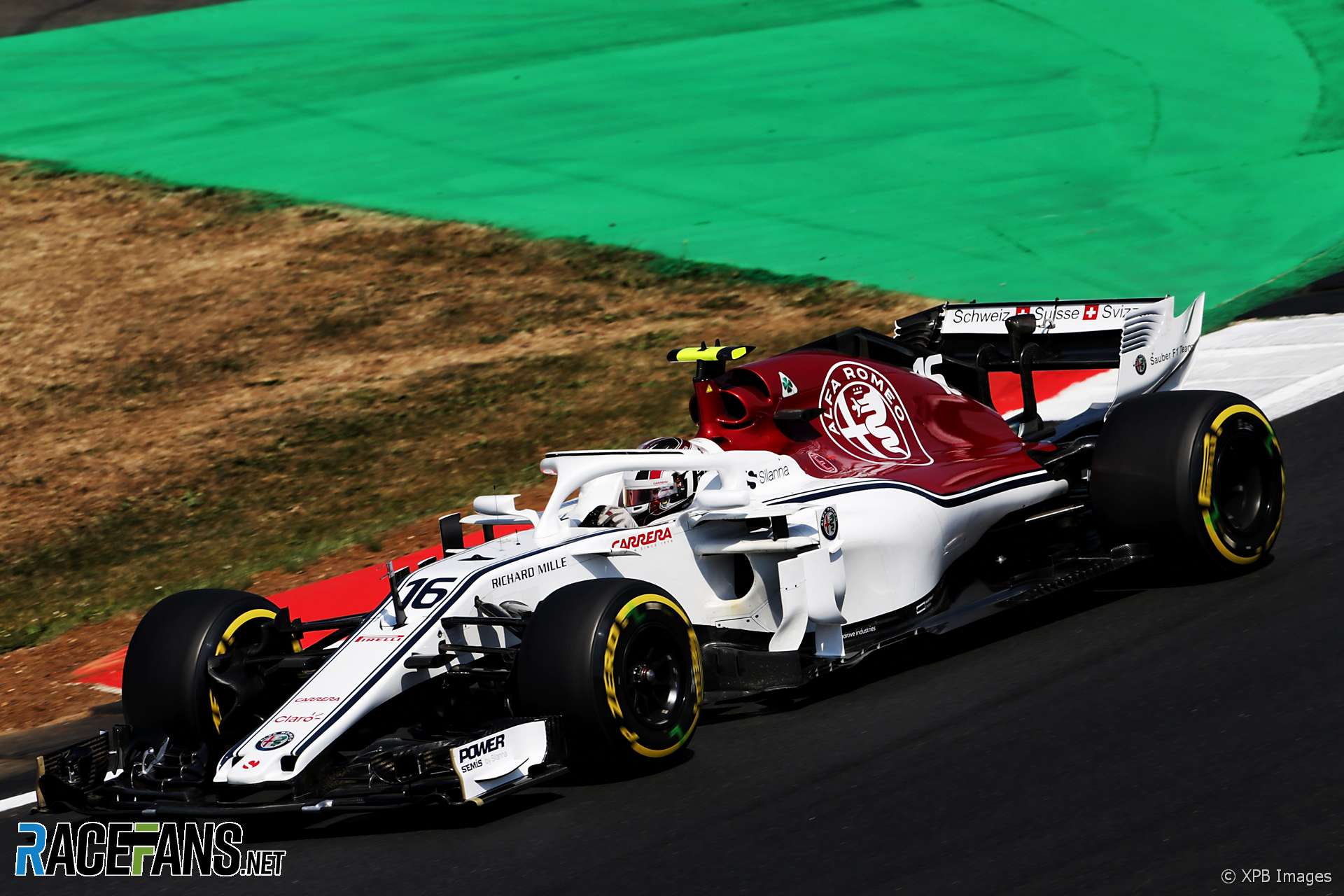 Charles Leclerc believes the British Grand Prix was the most positive race weekend for Sauber so far this year despite the team not scoring any points.

Leclerc retired from the race with a loose wheel following a pit stop. Team mate Marcus Ericsson crashed out when he failed to close his DRS early enough at Abbey.

However Leclerc brushed off his own retirement and said the most important aspect of the weekend was the continuing improved performance of the team’s C37 chassis.

“When you push everything to the limit sometimes a mistake happens. The mechanics did a mistake but it happens to everyone so this is not a big thing.

“But definitely the positive side of it, thinking that [although] we have struggled so much, at the end it’s probably the best one of the season so far in terms of performance.

“We were close to best of the rest, especially also in qualifying, very close to the Haas until Q3 when they put something a bit more. But we are getting there.”

Leclerc believes the team’s strength is that it gets the best out of its car more consistently than its rivals.

“I keep thinking that in terms of pure potential we are still a bit behind,” he said. “But we are very good at hitting the right balance in the car, that makes the car easy to drive and that’s why we manage to get this performance.

“But it depends on weekends we are very consistent at hitting the right balance so this is very positive for us. And now we only have to push a bit to the overall potential of the car and hopefully even better results will come.”

6 comments on “Silverstone was Sauber’s best performance yet – Leclerc”