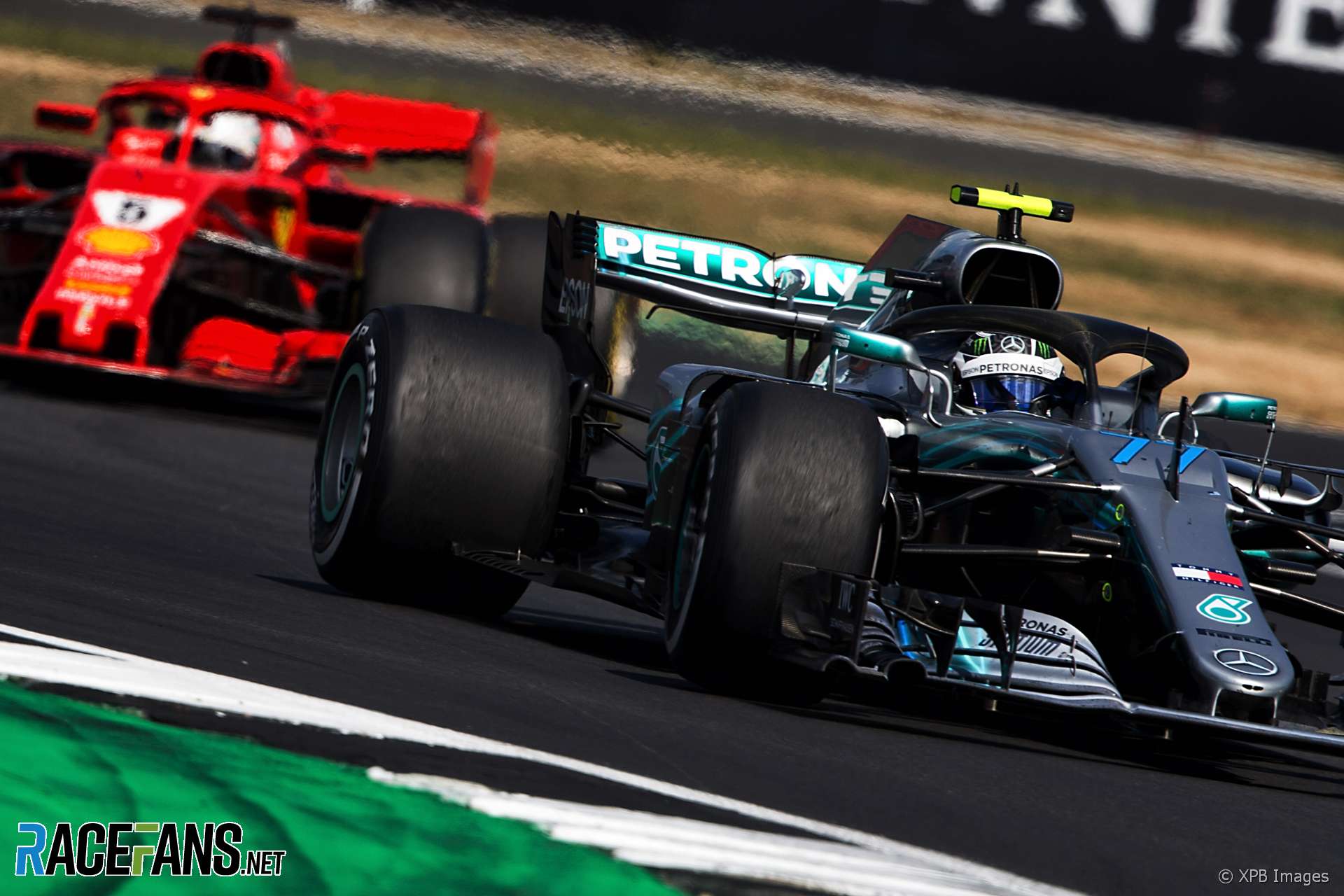 Mercedes team principal Toto Wolff believes tyres have become the single most important factor in the Formula 1 title fight between Mercedes and Ferrari.

Speaking after Ferrari ended Mercedes’ five-year streak of British Grand Prix victories last weekend, Wolff said Mercedes could no longer take for granted how well they would perform from track to track.

“I think what we’ve seen this season is a little bit of a different pattern,” Wolff told media including RaceFans.

“Everybody brings upgrades to every race and there is never the silver bullet that provides you three tenths or four tenths, and this was the difference between us and Ferrari last year.

“It’s just a constant learning of the tyre which is [now] the single most important denominator for performance. And you get it right, you get it wrong.”

Mercedes has tended to struggle with its tyres in hotter conditions, such as the unusually high temperatures seen at Silverstone last weekend.

“I believe that if we would have had 10 degrees less temperature in qualifying maybe we would have had more of a solid gap and the same [in the race],” said Wolff. “But this is like it is and we just need to learn and understand and try to get in control of the tyres in the best possible way.”

Mercedes has suffered a series of defeats in recent races at tracks they previously considered strong venues. Prior to this season they won the previous three races at the Circuit Gilles Villeneuve, the previous four races at the Red Bull Ring and the previous five races at Silverstone. But they lost at all three venues this year to Ferrari or Red Bull.

Wolff previously said the team was aiming to shore up its points tally at tracks which suited its package. But following their latest defeat he admitted that view has changed.

“Yes, obviously I would have loved for us to build a gap in Austria and Silverstone and then lose some in Hungary and lose some in Singapore,” he said, referring to two tracks where the team has historically struggled. “But we need to just look at every single event now and try to score as many points as possible.”