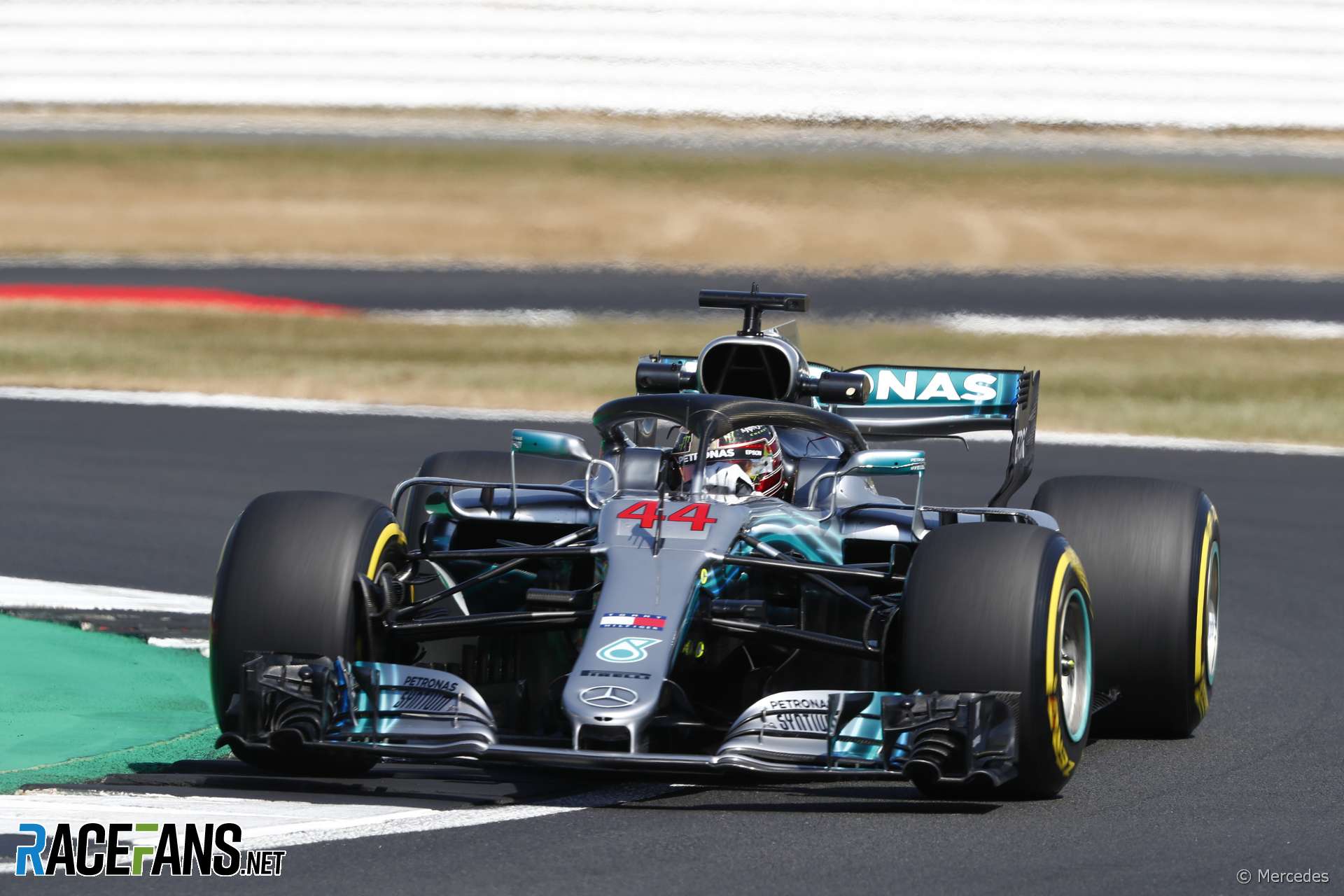 Hamilton looked hard to touch after qualifying where he out-qualified both Ferraris and was three tenths clear of his team mate. But a poor start allowed Vettel and Bottas by before he even reached turn one, and left him vulnerable to a clumsy lunge by Raikkonen at turn three. That sent him spinning and dropped him all the way down to 19th.

Hamilton was immediately on the radio complaining about damage, but the team failed to find anything in the telemetry, and as he began making his way through the field he was the fastest car on track. Within 10 laps he was back to sixth, following which he ran a long first stint on soft tyres.

This meant he was in a better position than his team mate to take advantage of the Safety Car period by staying out on worn rubber. He jumped ahead of both Red Bulls, then held off Raikkonen who had fresh softs, and kept Vettel within range. He ended up finishing second after Bottas’ tyres fell off significantly in the final laps – a remarkable recovery.

Ferrari looked competitive throughout the weekend, but Vettel fell just short of pole by 0.044 tenths in qualifying, following an inspired lap by Hamilton. Vettel made the jump on his title rival as the lights went out before Hamilton tangled with Raikkonen. Vettel quickly opened up a six second lead over Bottas, but towards the end of his stint he began to struggle with blistering on the front left of his soft tyres.

After stopping for mediums Vettel was forced to manage his tyres and Bottas slowly closed the gap to two seconds. He was saved by the Safety Car and fit fresh softs while Bottas stayed out and inherited the lead. After the Safety car interruptions, Vettel struggled to get by Bottas as he defended the lead. However a late dive down the inside into turn six sealed the win for the Ferrari driver with five laps to go.

Verstappen out-qualified team mate Daniel Ricciardo for the fourth race in a row, but blamed a 70-80 horsepower deficit to Ferrari and Mercedes for his inability to challenge the front runners.

In the race he won a first-lap scrap with his team mate and took advantage of Raikkonen and Hamilton’s collision to move into third, Verstappen was able to keep Raikkonen at bay during the first stint and maintained third after the first round of stops. The Safety Car offered him a free opportunity to switch to the softs for the end of the race, but he came out behind Hamilton.

After the restart he had a good battle with Raikkonen, but eventually the Ferrari’s power proved to be too much. On lap 45 Verstappen a brake by wire fault caused a spin while defending against Ricciardo. He was able to make it out of the gravel, but couldn’t continue.

Grosjean had a rough start to the weekend when he became the first driver to crash in the Abbey DRS zone after failing to close his rear wing in time. This forced him to sit out of practice two as the team prepared the spare chassis for Saturday.

Despite qualifying behind his team mate, Grosjean was satisfied with his performance considering he lost so much track time on Friday. Haas were clearly best of the rest heading into the race with no midfield teams challenging them in qualifying.

However Grosjean weakened thier position by blundering into Magnussen at the start, taking a chunk of his team mate’s floor with him, so both drivers were already outside the points after lap one. Having made his way back through the field, Grosjean then clipped Sainz while being passed by the Renault during the first Safety Car restart, triggering another heavy crash. This, like his earlier incident, was deemed a racing incident by the stewards, but his team took a dimmer view of his latest error-strewn performance.

Vandoorne lost out to Alonso for the 10th time in 10 races this season when he made an early exit in Q1. He described his car as undriveable during final practice and the problems couldn’t be resolved in time for qualifying.

In the race, he failed to make any kind of impression as he moved from 17th to 12th mostly thanks to retirements ahead. His gap to Alonso in the standings grew even more since Alonso was able to make his way into the top ten.

Once again, Ericsson went out in Q2 and was watching as his team mate took part in Q3. Charles Leclerc was six tenths quicker than Ericsson in Q2.

In the race, Ericsson pitted relatively late on lap 24 and shortly afterwards had a huge crash at turn one. He failed to get his DRS closed in time and lost the rear end as soon as he turned in with no chance of saving it. He was taken to the medical center as a precaution, and fortunately he was fine. Afterwards he took the blame for his mistake, but also mentioned how the rough track contributed to his error.

Bottas did little wrong as he stayed within sight of Vettel for the first half of the race. Mercedes gambled and chose to leave him out on old medium tyres which backfired in the final five laps as Bottas went from first to fourth. Up until his tyres gave up he he displayed aggressive, but clean defensive moves to keep Vettel behind.

Raikkonen’s race was ruined from the beginning with a mistake as he tried to dive down the inside of Hamilton, but locked up and made contact. He made an early stop to serve his 10 second time penalty and cover off the charging Hamilton. Raikkonen caught back up to Verstappen thanks to the Safety Car and was finally able to make a move on the Wellington straight. A couple of laps later he was able to ease by Bottas for the final spot on the podium. After the race, Raikkonen accepted responsibility for his error that ruined Hamilton’s race.

Ricciardo had another frustrating weekend behind his team mate and unable to fight the other top teams. Qualifying proved frustrating due to a software glitch with his DRS which compromised his later all of his runs. He spent much of the race shadowing his team mate: Red Bull gambled on a second pit stop for him, but that became moot when the Safety Car came out.

Nico Hulkenberg’s alternate strategy – starting on mediums and switching to hards – paid off as he finished top of the midfield after starting 13th. Sainz did the same but the Grosjean collision ended what looked like being a points-scoring run.

Leclerc was vying with Hulkenberg for ‘best of the rest’ honours when his first pit stop went awry. A rear tyre wasn’t fitted properly and he had to pull over immediately.

Esteban Ocon brought home solid points again in seventh as he took advantage of the Haas collision at the start. Team mate Sergio Perez fought back into the points after an early spin left him dead last.

Perez survived late contact from Pierre Gasly which allowed the Toro Rosso driver into the points – until the stewards handed him a five second time penalty. The other Toro Rosso of Brendon Hartley had a massive crash in practice three after the front left suspension dramatically failed under braking. His car wasn’t ready to take part in qualifying so he was already starting last and then there was an engine problem before the car even left the garage.

Alonso brought home much needed points in eighth after running a clean race and taking advantage of the Safety Car. The stewards took no action over the robust wheel-to-wheel action between him and Magnussen where Alonso complained about his rival’s driving after being edged wide at several high-speed sections of the track.

Both Williams drivers started from the pit lane after they chose to revert back to the old rear wing and floor after qualifying. Neither driver had the pace to fight any of the midfield teams at any point during the race.