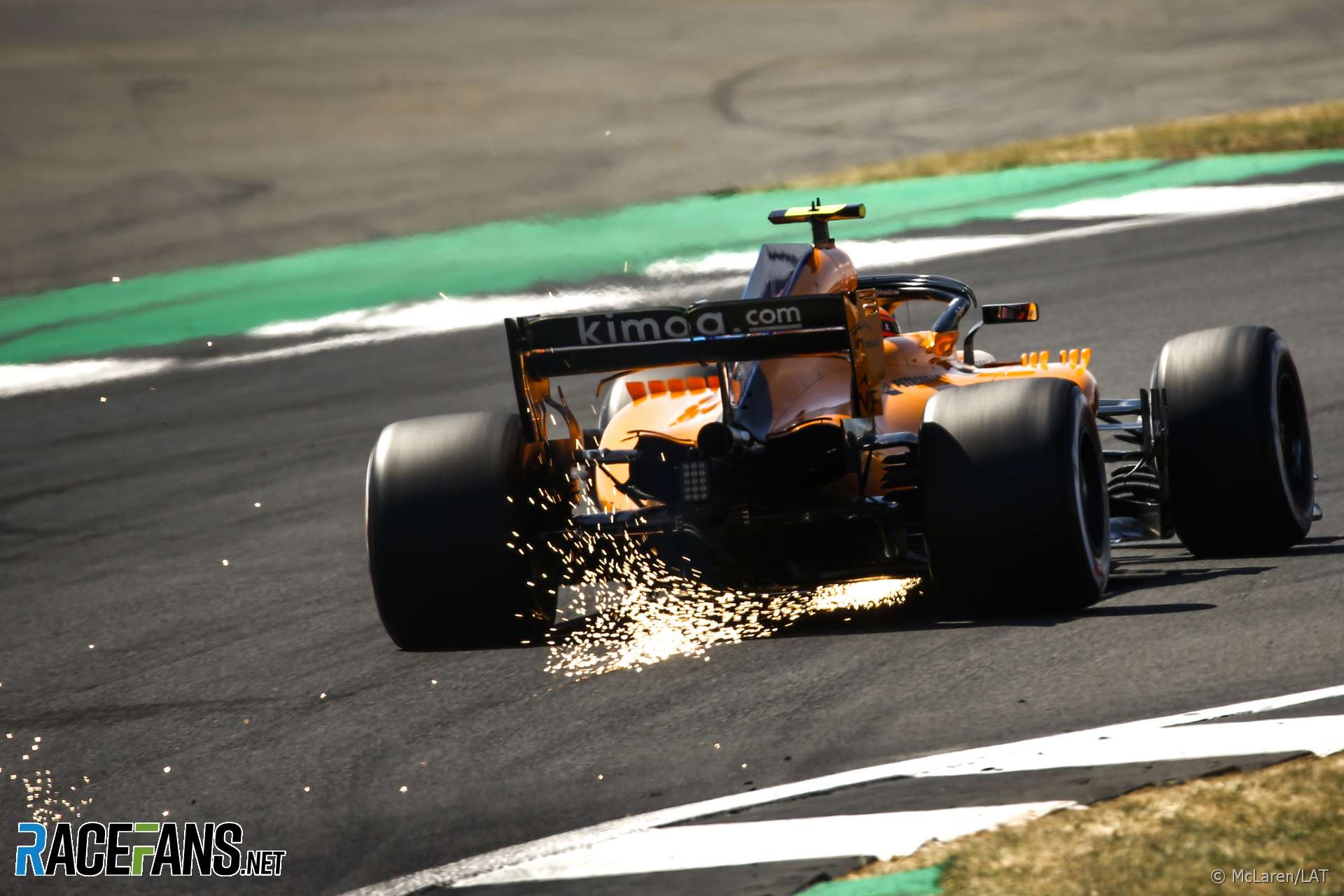 Silverstone may have to be resurfaced again to ease the bumps which several Formula 1 drivers complained about during last weekend’s British Grand Prix.

A new surface was laid at the circuit ahead of this year’s race following complaints from Moto GP riders that the surface had become too bumpy. However several F1 drivers claimed the new surface had made the problem worse.

Lewis Hamilton said “the people they hired did the worst job ever” after driving the track on Friday and compared the surface to the Nurburgring Nordschleife. While Fernando Alonso claimed the track was no worse than last year, most drivers commented on the severity of the bumps.

FIA race director Charlie Whiting said he passed their remarks on to Silverstone and said the track’s “unusual” surface may require some attention.

“You can see lots of little patches on the Hangar straight, for example, where you can see cars have been bottoming. It’s quite unusual. They’re small, they seem like micro-bumps, almost, but there are lots of them.”

The high downforce produced by F1 cars can worsen bumps in a track’s surface. The sets FIA rules determining how smooth a track must be. Any bumps must not exceed a maximum of 3mm of deviation per 4m of track. Silverstone will be inspected again before F1’s next race, said Whiting.

“It needs to be checked to see exactly what the situation is,” said Whiting. “If it needs doing then it will have to be resurfaced I would think. But then it’s up to the circuit to do that.”

However car and bike racers who drove the circuit prior to last weekend’s race did not report any problems, Whiting added.

“Everyone that’s driven on the track, according to the guys here at Silverstone, has said the surface appears to be fine. One of the Moto GP riders rode on it, Cal Crutchlow I believe, [and] he said it was much better than it was before. Bearing in mind that it was done for Moto GP because they didn’t want to race here again if it wasn’t resurfaced.”