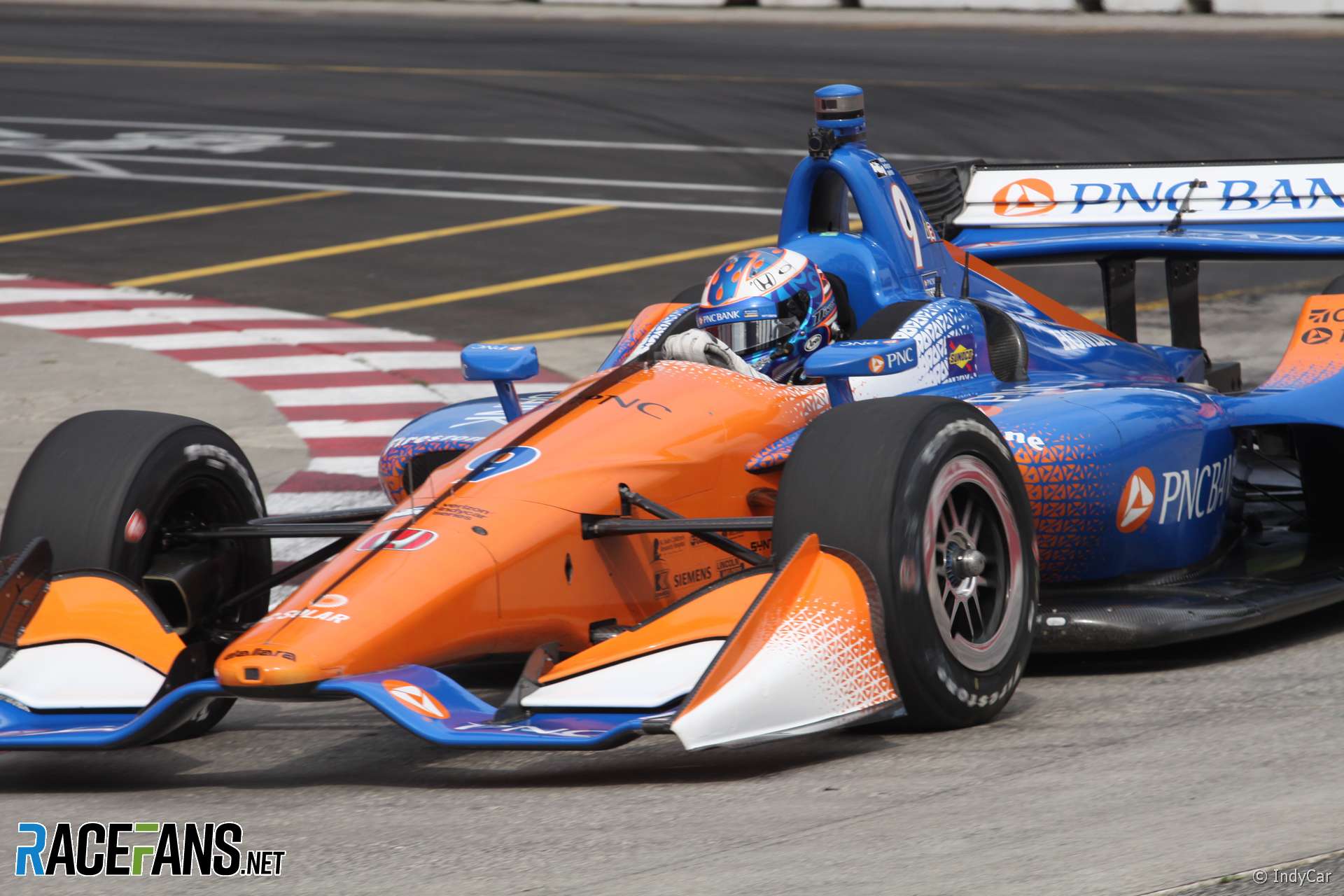 Scott Dixon boosted his IndyCar championship lead with victory in Toronto on a day when his closest championship rivals all had brushes with the wall.

Dixon took the lead after Josef Newgarden, who had led from pole position, hit the wall during a Safety Car period. Newgarden was able to continue but the resulting pit stop for damage inspection dropped him back into the pack, leaving him ninth at the finish.

Dixon survived his own brush with the wall late in the race while trying to lap Hunter-Reay. The Andretti driver held the race leader up for several laps while second-placed Simon Pagenaud closed on him. Once Hunter-Reay dived into the pits Dixon reeled off a series of rapid laps to reassert his supremacy.

Pagenaud jumped ahead of Robert Wickens through his final pit stop and survived a thump from behind from the Schmidt driver at turn one. Wickens tried to get around the outside of him at turn three but backed off after the Penske man edged him towards the barrier.

James Hinchcliffe brought the other Schmidt car home in fourth place, passing a string of cars in the final stint. Charlie Kimball was already on course for Carlin’s best result when Marco Andretti made a pit stop in error at the beginning of the final lap. Andretti’s stop promoted Kimball to fifth ahead of Tony Kanaan, Zach Veach, Rossi and Newgarden.

Newgarden’s brush with the barrier triggered a chaotic restart in which several drivers tangled at turn one. Graham Rahal went into the back of Max Chilton