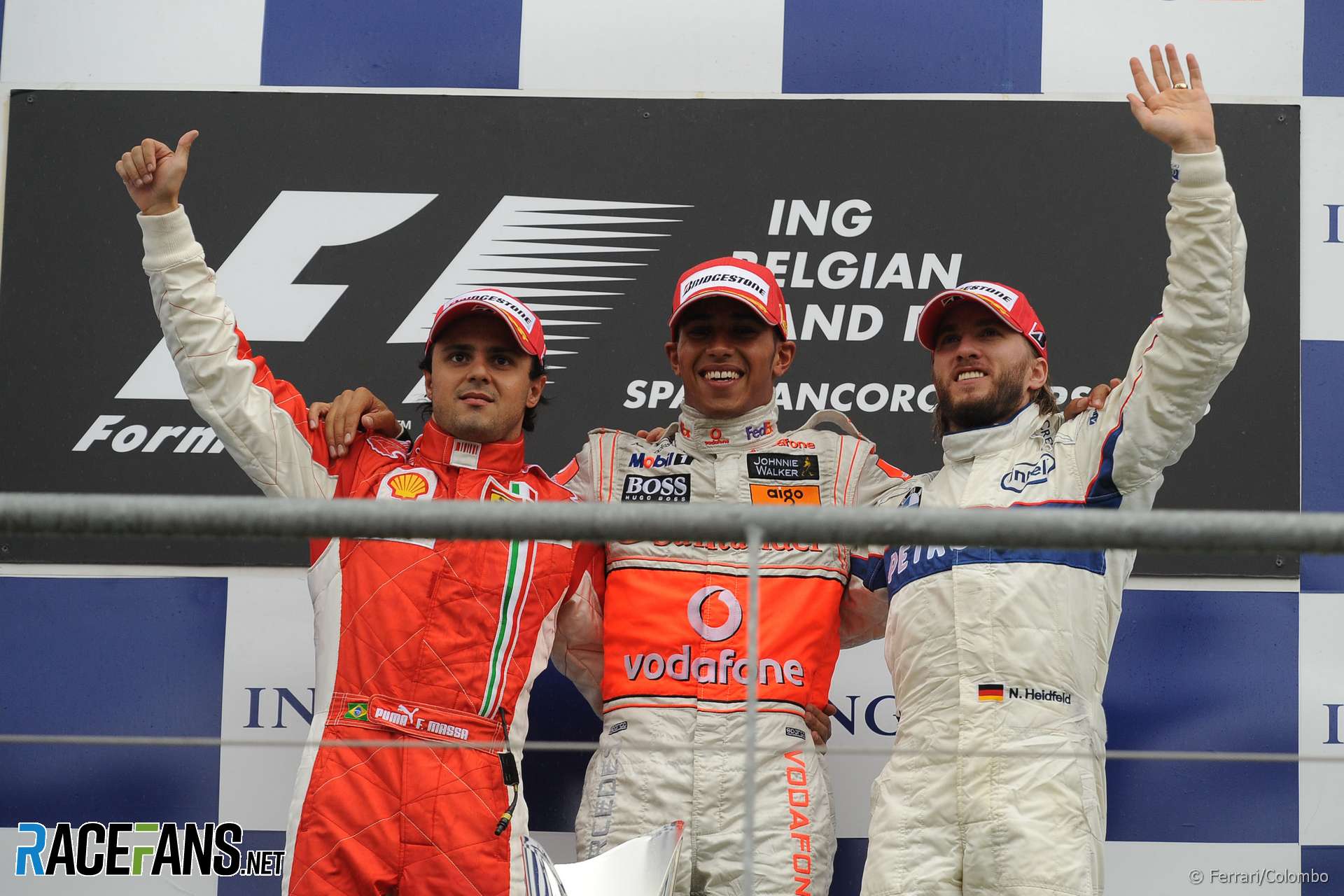 Lewis Hamilton’s lost victory in the 2008 Belgian Grand Prix at Spa still rankles with him 10 years on.

Hamilton, who was driving for McLaren at the time, finished first on the track but fell to third place in the final classification when the stewards penalised him for an incident involving Kimi Raikkonen.

The pair were disputing the lead when Hamilton went off at the chicane and rejoined in front Raikkonen. Hamilton allowed the Ferrari driver to overtake him, then re-passed Raikkonen at the next corner.

Hamilton was given a 25-second time penalty for “cutting the chicane and gaining an advantage”, according to the stewards. His penalty promoted Felipe Massa to first place ahead of Nick Heidfeld. Raikkonen crashed out with two laps to go.

Speaking in a video for the official F1 website titled “A Letter to my Younger Self”, Hamilton made it clear he still feels the penalty was unjust.

“They will say it’s OK for you to let Kimi by and that you’ve done enough. And at the end of the race they will not let you keep that win.

The FIA rejected McLaren’s attempt to overturn the penalty on the grounds that it could not be appealed against.