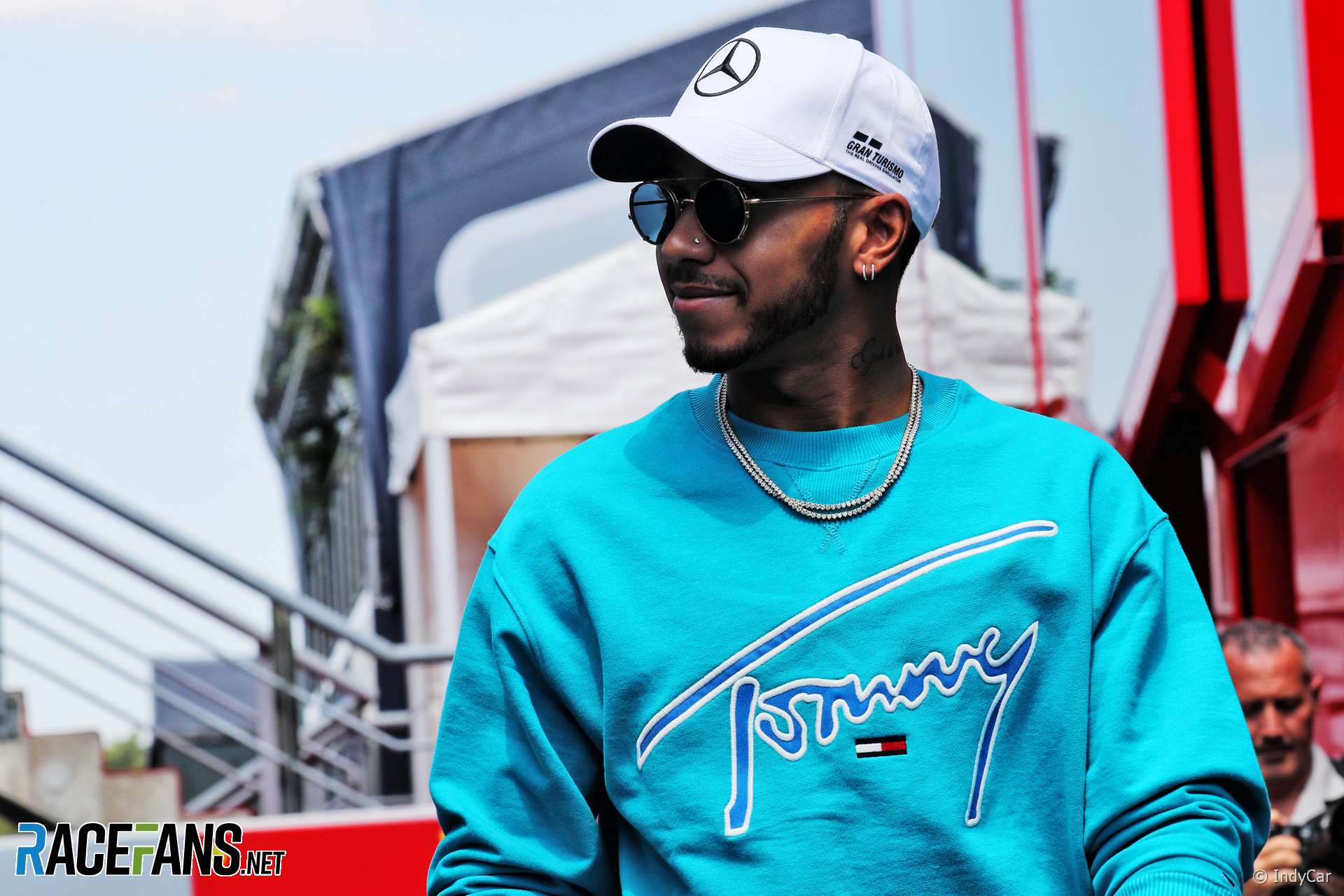 Lewis Hamilton has revealed he was approached by one of Mercedes’ top Formula 1 rivals to drive for them next season.

The reigning world champion has announced he will remain at Mercedes for the next two years. But asked today whether Ferrari or Red Bull had tried to sign him for next year he said: “In terms of the other guys approaching, one did.” He did not confirm which.

Hamilton’s previous two contracts with Mercedes were for three years each but his new deal lasts for just two. Hamilton said this was a “strategic decision” to give him options after 2020, at which point Formula 1’s current commercial agreements with teams expire.

“I personally wanted to do two,” he said. “We were talking about doing three but Formula 1 is in quite a… the shapes are shifting a little bit, obviously Formula 1 is not committed to all the teams moving forwards beyond 2021 just yet. And I’m interested to see how that all plays out.

“So it didn’t make sense for me to commit into the unknown even though it’s easy for me to imagine just being with Mercedes so that’s not the issue. Commercially everything could shift, or may not. ”

Hamilton did not rule out staying in F1 beyond 2020.

“All I can tell you is I still feel pretty great. I wasn’t expecting to be as excited as I am now in this signing to extend. I’m also very conscious of how long it is beyond that time.

“I was just sitting above here [in the Mercedes motorhome] doing an interview, looking at the old part of the circuit here. There’s so many great reasons to remain part of this sport. Who knows maybe in two years my life will be completely different and I’ll want completely different things, I couldn’t tell you. Time will tell.”

Hamilton’s new contract gives him the opportunity to equal Michael Schumacher’s record of winning seven world championships. However he denied that had been a consideration.

“For me that just doesn’t… it’s an unimaginable number I would say at the moment. It doesn’t make sense to think that you believe you’re going to win every single championship from now to the end of the contract, whilst that is the goal. That’s a dream, perfect scenario and nothing ever goes perfectly, generally.

“So I didn’t set out in the two years saying that this will be time to do that. I’m going to work towards it.”