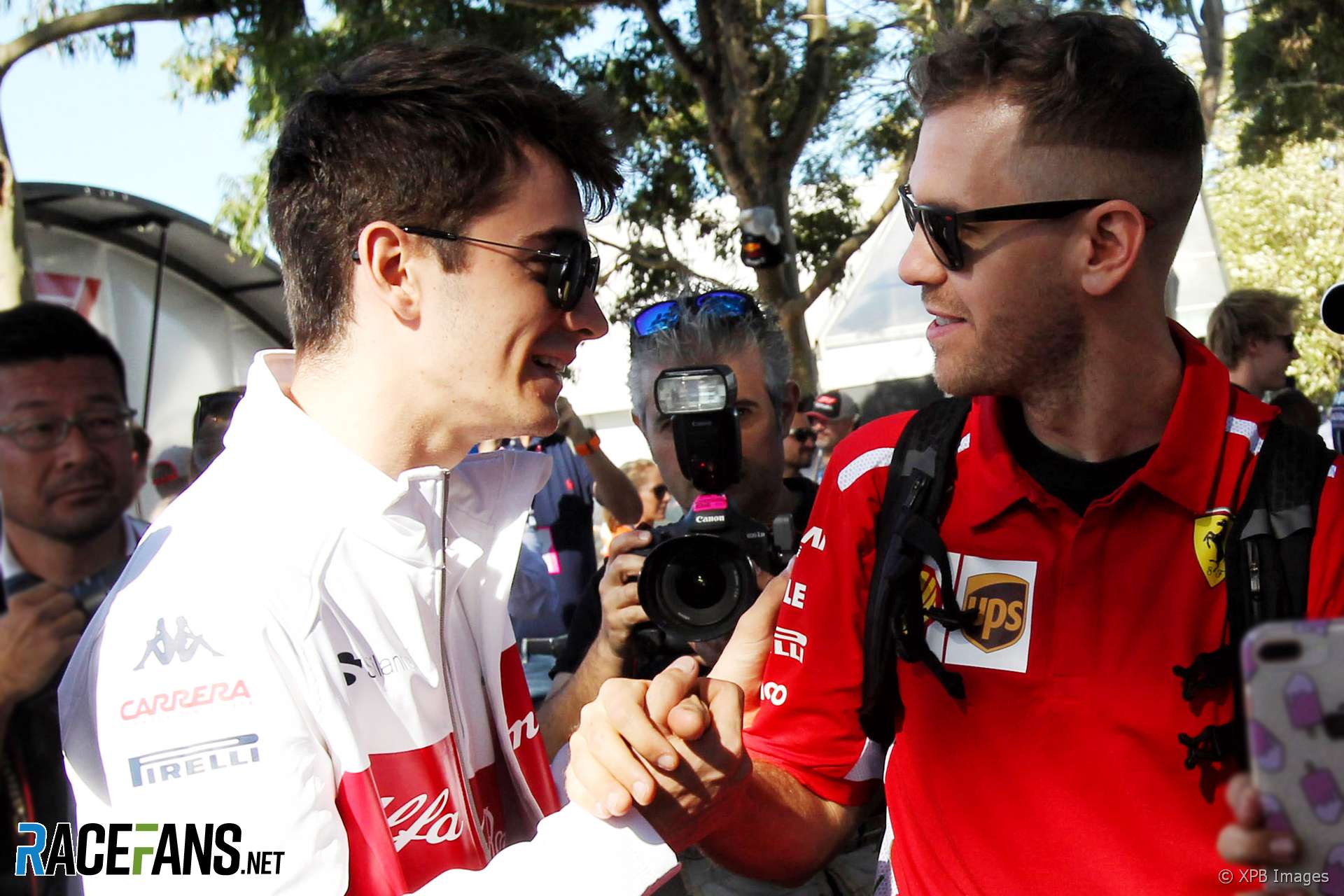 Sebastian Vettel says Charles Leclerc doesn’t need to rush into a Ferrari seat amid mounting speculation he will take Kimi Raikkonen’s place for the 2019 F1 season.

Vettel said Leclerc, who is in his first season of Formula 1 with Sauber, has already demonstrated his capabilities.

“Charles, one way or the other, will have a great career,” said Vettel. “He’s a great guy. He’s fast, he’s got everything. So definitely, he has no rush. He’s young, but if you’re young you’re always in a rush with everything.”

Mercedes’ announcement that Lewis Hamilton will continue to drive for them next year has set the driver market for 2019 into motion. But Vettel indicated he doesn’t know when Ferrari will decide who his team mate will be.

“I don’t know when, what and ultimately who but as I said it really doesn’t matter to me. For me it’s clear where I am next but I think both of them would suit into the team.”

However Vettel said “doesn’t know Charles much” and is happy with Raikkonen as his team mate.

“I like Kimi. I think we get along. We have never any issues. Sometimes on track. I remember I drove into him, crashed into him.

“But I think the way we handle things is very similar, very straightforward, so I think it’s great to work with and great for the team, but it’s not my decision so we’ll see what happens.”

31 comments on “Vettel: “No rush” for Leclerc to join Ferrari”