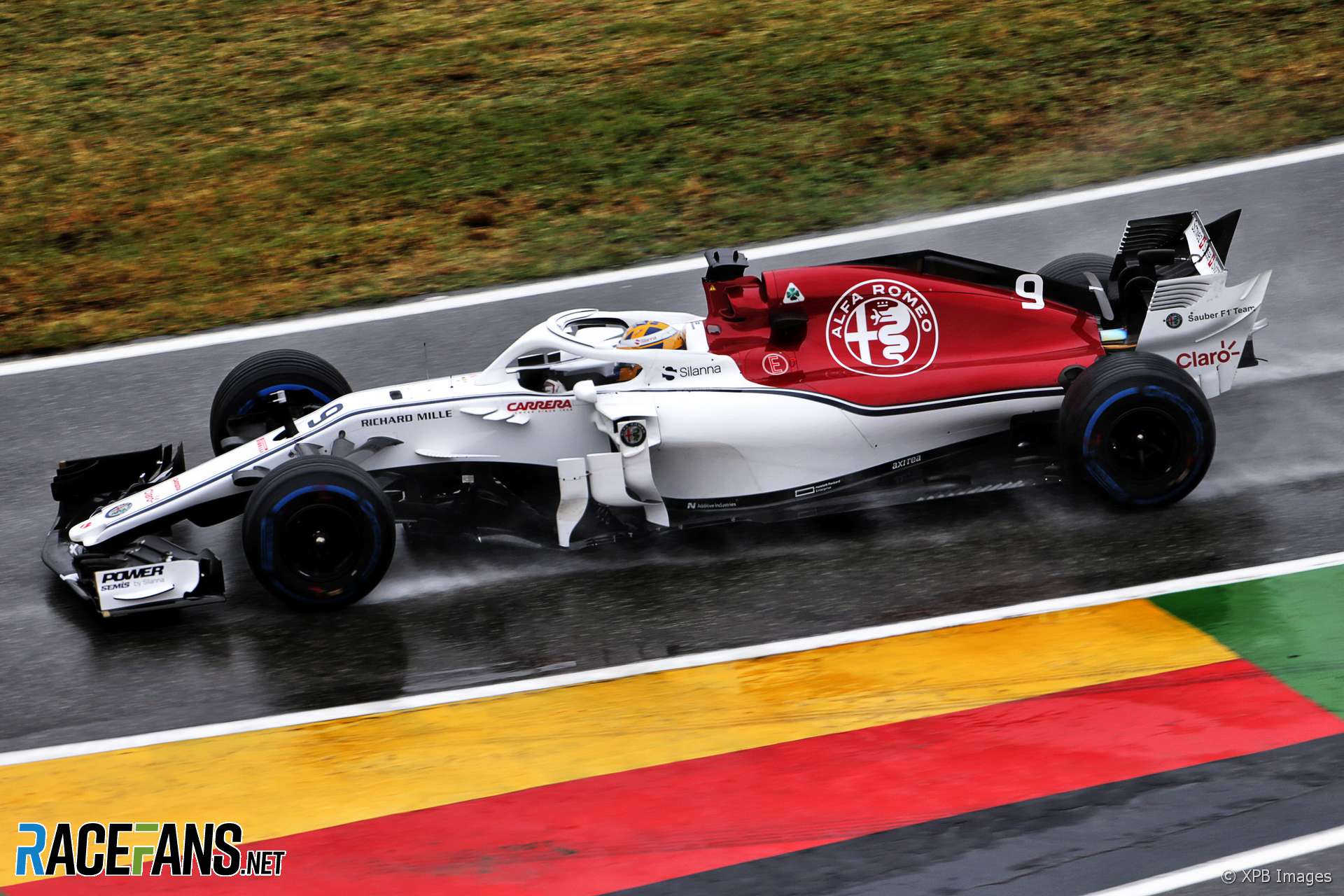 The last time we saw significant rain during an F1 Saturday was Monza last year, where Lance Stroll pulled an extraordinary lap out of his Williams to take fourth on the grid. If his teammate Sergey Sirotkin can maintain the pace he’s shown this morning then we could see some long-sought-after results for the struggling British team.

However, it’s fairly unlikely; Sirotkin’s time came at the end of a heavily disrupted session where most drivers did nothing but sit in their garages. An initial time set by Nico Hulkenberg, the only driver to put in a timed lap during the first 40 minutes of the session, held for most of the practice while rain lashed down on the track.

The skies cleared with minutes to go, meaning anyone intrepid enough – or with very little to lose – could head out but standing water remained on the racing line in multiple places.

Lewis Hamilton eventually went out in the final three minutes of the session, amidst rumours he is unwell and reports that he seems to be walking with difficulty but didn’t set a time. For most cars that did, you’d have to assume are not representative unless qualifying is during another downpour, with the lead time falling 30 seconds against FP2.