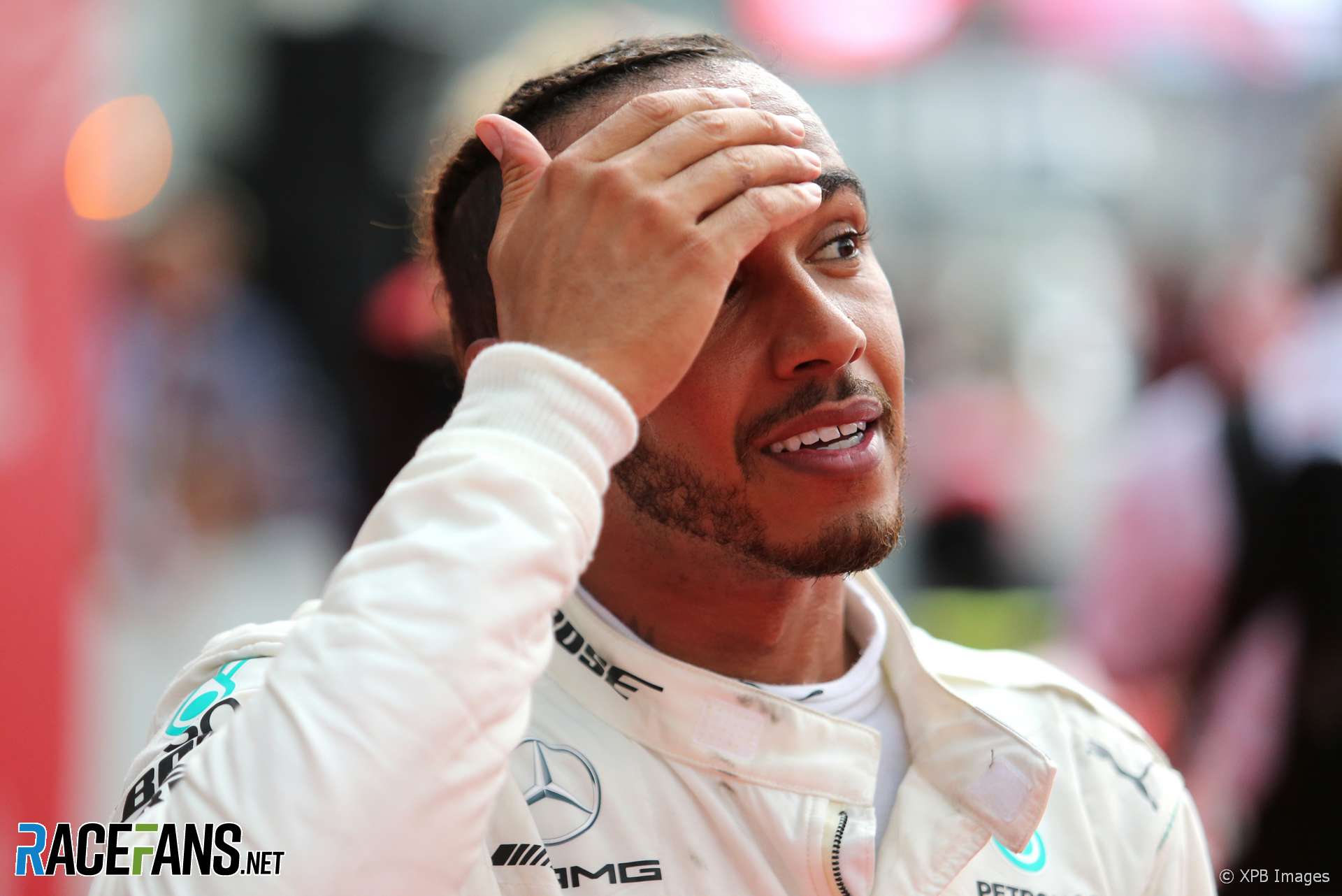 Lewis Hamilton has kept his victory in the German Grand Prix following the stewards’ investigation into his pit entry violation.

The stewards deemed Hamilton had broken the regulations by crossing the pit entry line when he changed his mind not to enter the pits during a Safety Car period. However they decided the infraction was not serious enough to deserve a time penalty, and issued a reprimand.

The Stewards reviewed video and audio evidence, heard from the driver of car 44 (Lewis Hamilton) and the team representative. It was clear that there was an infringement of the above mentioned rule – the driver clearly crossed the line separating the pit entry from the track.

In deciding on the penalty for the infringement, we took into account the following mitigating factors:
(i) the driver and the team candidly admitted the mistake and the fact that there was confusion within the team as to whether to stay out or to enter the pits and that led to the infringement.
(ii) The fact that the infringement took place during a Safety Car period.
(iii) At no time was there any danger to any other competitor and the change in direction was executed in a safe way.

Taking all of the above into account, including considering previous infringements of the above rule, we are of the opinion that a reprimand would be the appropriate penalty for the said infringement on this occasion.