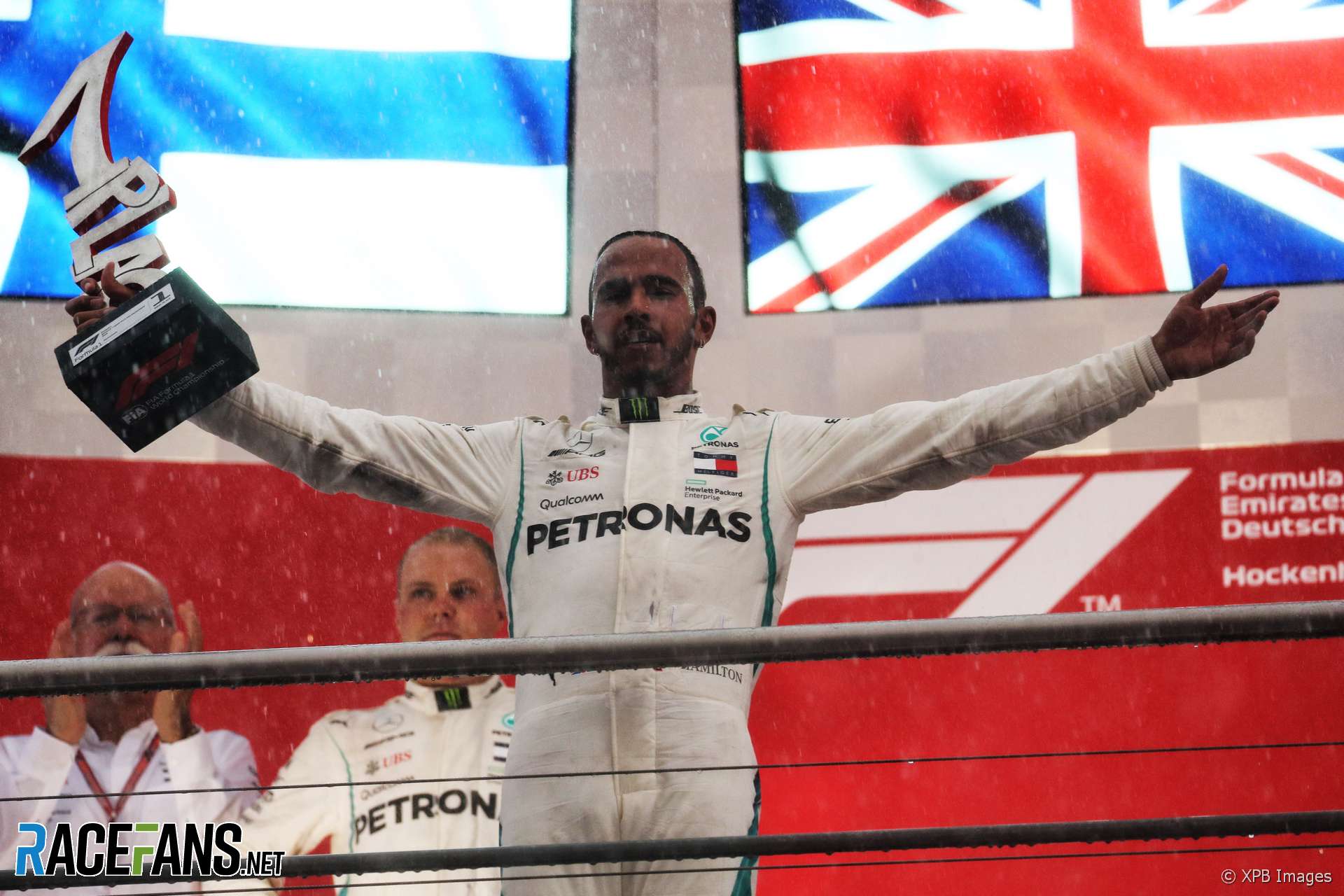 Lewis Hamilton claimed a stunning victory in the German Grand Prix after championship rival Sebastian Vettel crashed out during the rain-hot race.

Vettel slithered into the barriers at the Motodrom section when rain fell during the second half of the race. That prompted a Safety Car period which allowed Hamilton, who had made a late pit stop, to take the lead of the race.

A shambolic pit stop delayed Valtteri Bottas during the Safety Car period but he restarted the race on fresh tyres and pressured his team mate from the lead. The fight was called off, however, when Mercedes issued a “hold position” instruction.

Kimi Raikkonen, who had been subject to Ferrari team orders earlier in the race when told to let Vettel by, collected third place. Max Verstappen salvaged fourth for Red Bull after making an early pit stop for intermediate tyres, then having to pit again for slicks. Team mate Daniel Ricciardo dropped out with a technical problem – his fourth retirement of the year.

A 10-second penalty for overtaking behind the Safety Car cost Carlos Sainz Jnr 10th place and handed it to Brendon Hartley. The Toro Rosso driver had slipped out of the top 10 with four laps to go. Kevin Magnussen took 11th ahead of Stoffel Vandoorne.