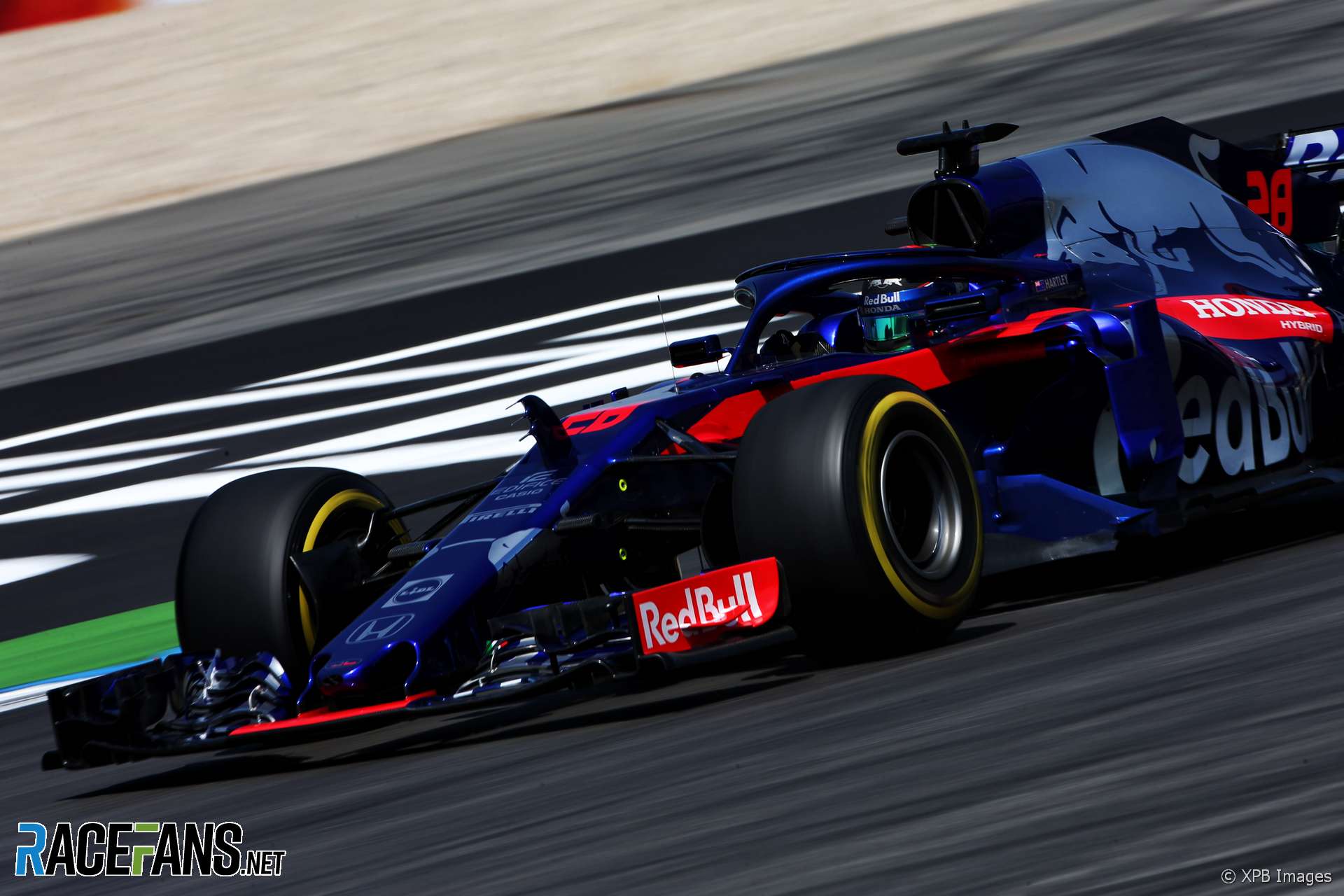 In the round-up: Pierre Gasly says it takes a long time for manufacturers to make progress with Formula 1’s power units because they are so complicated.

Toro Rosso driver Pierre Gasly was asked when the team’s Honda power unit would take a step forward – and how confident he could be that it was coming:

These engines are so complicated that it takes massive time to understand how much you can extract from everything and honestly it’s crazy money involved, they are really committed and really trying everything and you know it can be painful. Like, in two months they can gain something and you can make really big steps.

It’s difficult to predict but on my side, the best thing I can do – what I try to do – is give the feedback of what we need and I think it’s pretty clear for us what that involves but just trying to find that magic thing that the others have and we don’t have, at the moment.

The wet tyres compounds are the same every race so there's nothing wrong with Pirelli bringing a boat load of them to each race (other than… economically, I guess).

If they don't get used, just bring them to the next race.

Well that’s a fair point given your experience but I guess we say it’s cornering like it’s on rails, not like it’s a passenger train. We might also say ‘it goes like a train’ but that’s probably inaccurate too. 🤔 https://t.co/IYbyqmHE4K

2 extremes of qualifying as @LewisHamilton car comes back on a flat bed while Vettel celebrates his pole infringement of home fans #F1 @bbcf1 pic.twitter.com/ftJJxqc9iw

There was no beating the Red Bulls – they’re still too far ahead for us to play with them, but we’re best of the rest again, and that’s our target. Now we just need to get it tomorrow as well, which is the bigger challenge. For tomorrow, you just hope the guys ahead get a good start so we can get some free air and do our own thing.

Obviously, I would rather start at the front but there will be some excitement to be had for sure. It’s probably going to be doubly entertaining with Lewis now also starting towards the back too, so both of us coming through the field should make for a good race. Lewis probably isn’t as happy as me right now as I knew this penalty was coming and he had a chance of pole, but tomorrow we’re going to have a good time I’m sure.

Should any F1 driver feel life is tough, it might be an idea to make a brief stop en route to Hockenheim. Hidden in the trees, close by kilometre post 508 on the A5 south of Frankfurt, is a cylindrical stone memorial to Bernd Rosemeyer, who died at this spot 80 years ago. It was a motorway accident - but not in the accepted sense. The 28-year-old German was caught up in a ferocious battle for publicity and national pride between Mercedes-Benz and Auto Union as each manufacturer tried to go faster than the other with their streamlined machines.

A council must be held responsible after race cars drove over a brand new football pitch costing thousands of pounds, an Irish League club has said.

Tyre degradation is the hot topic of the day, with opinions coming in at blistering speeds but Patrickl points out that the coming changes have been proposed before…

No one was mandated by FIA to make fast degrading tyres. Ecclestone and Pirelli came up with that one. Of course part of that deal whas that they did that, but it was never asked for by the FIA in the original tender.

Michelin was going for the tyre deal at exactly the same time and they wanted 18″ tyres which would be longer lasting (so you’d need less of them) and they wanted the teams to pay them 1 million per year.

Ecclestone insisted on free tyres and he saw the Canada race where tyres strategies spiced things up. Which led him to a last minute Pirelli entrance to come in and take the tyre deal with “tyres must make F1 entertaining” (plus a massive deal to advertise at the tracks to fill Eclestone’s pockets of course).
Patrickl