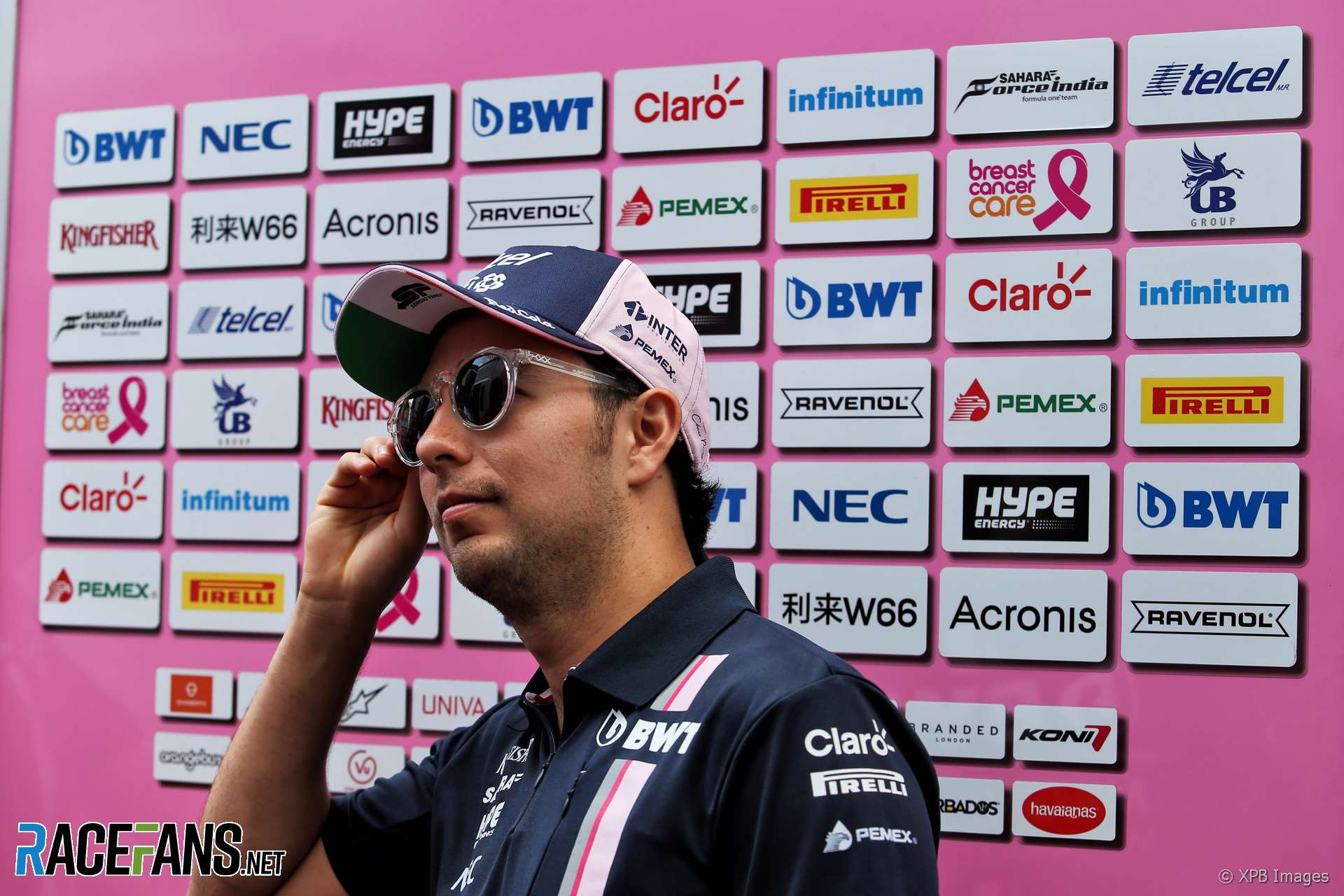 Months of rumours about Force India’s financial plight culminated in the team going into administration on Friday.

RaceFans exclusively revealed two major developments in the story: That the team’s development driver Nikita Mazepin is linked to a potentially vital injection of funds, and that the team’s current race driver Sergio Perez is connected to the legal proceedings against the team.

@DieterRencken explains how we broke the stories, and reveals more of Mercedes’ connection to the administration proceedings.

Up and about; already it’s 24C outside and extremely muggy, the humidity generated largely by the Danube River which divides Budapest in two – or, historically, demarcated the counties of Buda, on the western bank, and Pest to the east. The consolidated city came later.

I stay in the latter suburb, 12-odd miles from the circuit, so am saved the trip across the river via one of two main bridges, both of which are challenging during peak periods.

I plan to grab breakfast in the paddock so I catch up on F1 and international news before leaving. So often ripples in far off places become waves in the paddock. For example, this week’s Economist special report analyses the Spanish situation and Catalunya, host of the Spanish Grand Prix, is obviously implicated.

Head off for circuit and breakfast at 10am – full English at Williams, complete with bacon, beans and hash browns – before making my way to the media centre, where I’m forewarned about a High Court action against Force India. Details are hazy and no information is forthcoming; later I discover the action was brought by Brockstone, linked to driver Sergio Perez – yet a senior team figure maintains it’s a machine tool company…

Time for the FIA press conference – info reaches me that Robert Fernley, due to appear on the panel, has not made the trip to Budapest, so clearly something is up. But what? I decide to observe the interaction between Otmar Szafnauer, Bob’s substitute, and Mercedes F1 CEO Toto Wolff – and ’tis clear from their answers that there is more than meets the eye.

During the lull between the brief post-FP2 media interviews and sit-down sessions – caused by drivers attending their team debriefs and the FIA drivers’ briefing – I’m tipped off that the Mazepins are interested in investing in Force India, and this information leads to more digging. Still, one final piece of the puzzle eludes me – who/what is Brockstone, and why would it wish to place Force India in administration?

Back to the day’s interviews, but my mind is on Brockstone. Checo Perez skips his media session – ostensibly due to a sudden need for physio – raising the question: Could he be linked to the court action? Dig, then dig some more.

I head for the hotel via a popular franchise food outlet. When I arrive my phone buzzes with the final piece in the puzzle: Brockstone is linked to Perez, being a front company for his dealings.

A number of calls – including trans-Atlantics – to check details, a few emails and various Whatsapp chats later, and the court puzzle takes shape – yes, Mercedes is directly implicated, as is sponsor BWT (see image).

News also reaches me that the FIA and FOM were kept in the loop throughout by the applicant parties, and it is clear this is no sudden knee-jerk debt collection exercise but a concerted action, and could have implications far beyond simply (a forced) change of ownership.

Editor Keith and I spend the next couple of hours knocking our exclusive into shape; I share the details with my other (German) major outlet, and, at midnight, it’s all done. We have an eight-hour jump on the paddock, which is extremely satisfying given the competitive nature of the F1 media.

Still I can’t sleep – a combination of buzzing about the implications and humidity, but eventually fall into a troubled sleep as I ponder the fates of so many good people, some of whom have become friends over the years. How must they be feeling, I wonder?

Eventually I decide that the true culprit is CVC Capital Partners, the previous owner of F1’s commercial rights, who imposed the sport’s inequitable revenue structure on independent teams (which the sport’s current owners intend to overhaul in 2021). The sums owed by Force India to their external creditors amount to less than half the annual bonuses paid to the likes of Ferrari and Mercedes…