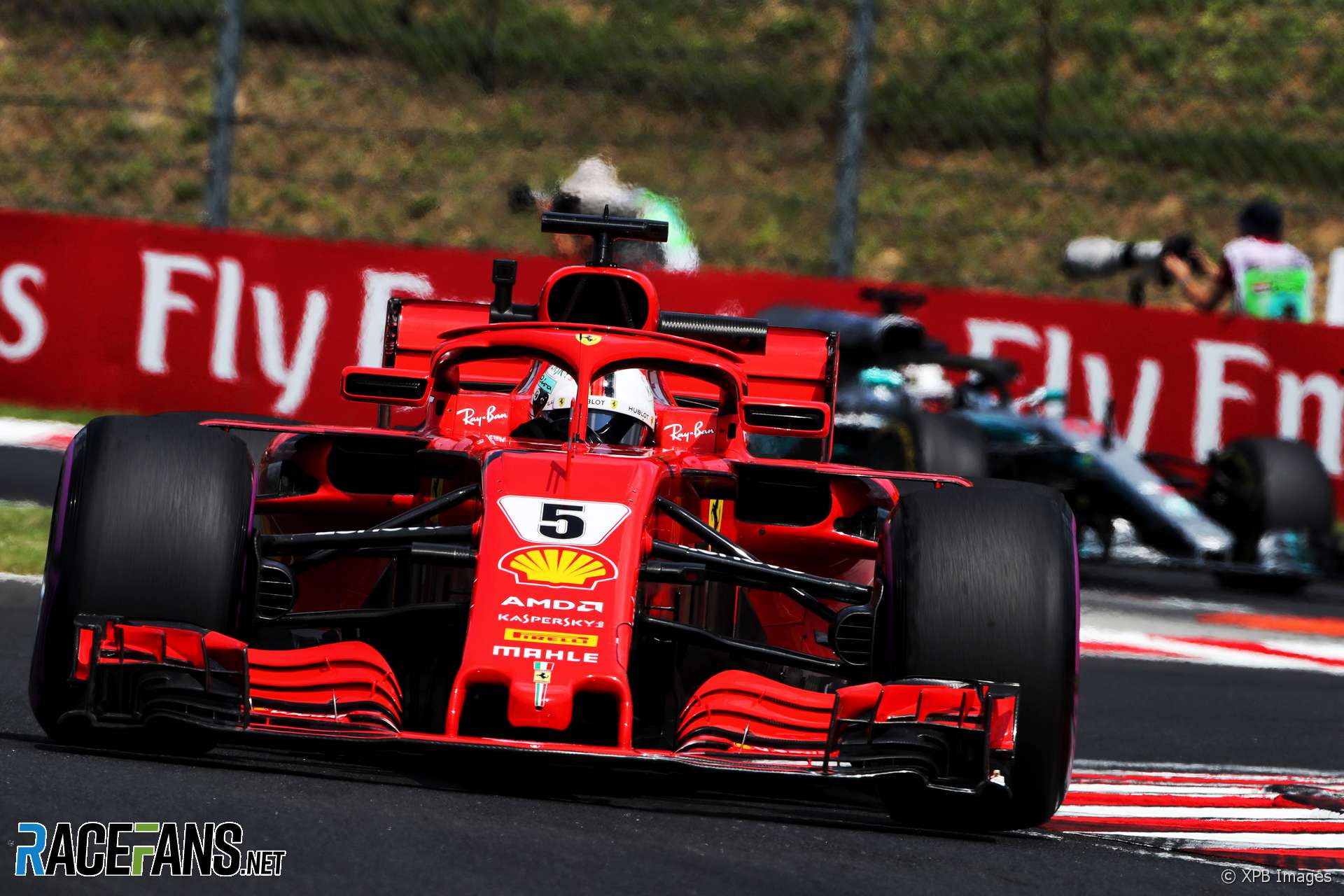 Rain in qualifying has thrown a spanner in the works for Ferrari. Had it stayed dry, they likely would have taken pole position and probably the front row, and waltzed to their third Hungarian Grand Prix victory in four years.

Instead Mercedes have locked out the front row ahead of the two silver cars. This is a fascinating prospect as all the indications so far are the Ferrari should be quicker in race trim. So how are they going to get ahead?

The 618 metre sprint to turn one – which is among the longest on the calendar – is the first opportunity. Ferrari have made great starts recently, and that presents a problem for Mercedes when it comes to choosing their race strategy.

Normally at this stage in a race weekend the front-running teams are locked into their strategy based on what tyre they used in Q2. As Q2 was wet, that isn’t the case this weekend, and only when the tyre covers come off ahead of the race will we know who’s on what.

Mercedes hasn’t been as quick as Ferrari on the ultra-softs and they couldn’t make them last as long either. But starting on tyres which are two ‘stages’ harder than Ferrari’s would put them at even greater risk at the start. They will surely opt for the greatest chance of holding on to their track advantage.

Based on Friday’s running Pirelli believe the quickest strategy is to start on ultra-softs and switch to mediums. Saturday’s rain will have depleted the rubber build-up on the track and changed its grip levels. Furthermore, Mercedes will be able to start on new tyres, rather than the used rubber they would normally have to run. This could open up the possibility of starting on the ultra-softs, running further into the race, then switching to softs.

Sunday is forecast to be hot again, potentially even hotter than Friday, meaning track temperatures could again hit 60C. Managing the rear tyres in the race will be critical – Pirelli saw small blisters on the tyres of some cars in Friday practice. “This is a small signal for the teams they have to pay attention to blistering during the race,” said sporting director Mario Isola.

There is also a small chance of further showers around race time, which could add a further twice to proceedings. It could also give someone an incentive to plan to start the race on soft or medium tyres, run a long first stint, and hope for a timely shower.

Assuming it stays dry, Mercedes will have a double incentive to manage the pace at the start of the race as they won’t want the field to spread out quickly enough behind them to allow Ferrari the chance to make an early pit stop and ‘undercut’ them. A crucial variable here will be how quickly the out-of-position Red Bulls move up from their compromised grid slots.

Daniel Ricciardo, 12th on the grid, rued the likelihood of this being another one-stop strategy race.

“I’d love for it to be a two-stop but probably going to be a one-stop,” he said. “At least now I can start on a different tyre if I wish.”

“I might as well start at the back and change my engine if I’m going to put a medium tyre on because I’ll be last in turn one.”

Drivers tend to gain and lose few places over a race at the Hungaroring, unless a Safety Car is involved. The likes of Carlos Sainz Jnr, therefore, have an excellent opportunity to make big points scores from their starting positions.

Similarly the Toro Rosso pair, sixth and eighth on the grid, have a shot at a points haul which could lift the team clear of the threatening Saubers in the constructors’ championship. Their race will be all about whether the Honda has enough straight-line grunt to hold back the Ferrari-engined Haas pair.

What is Ferrari’s best chance to get ahead of Mercedes? And what can Red Bull salvage from this weekend?

10 comments on “How can Mercedes contain the faster Ferraris?”