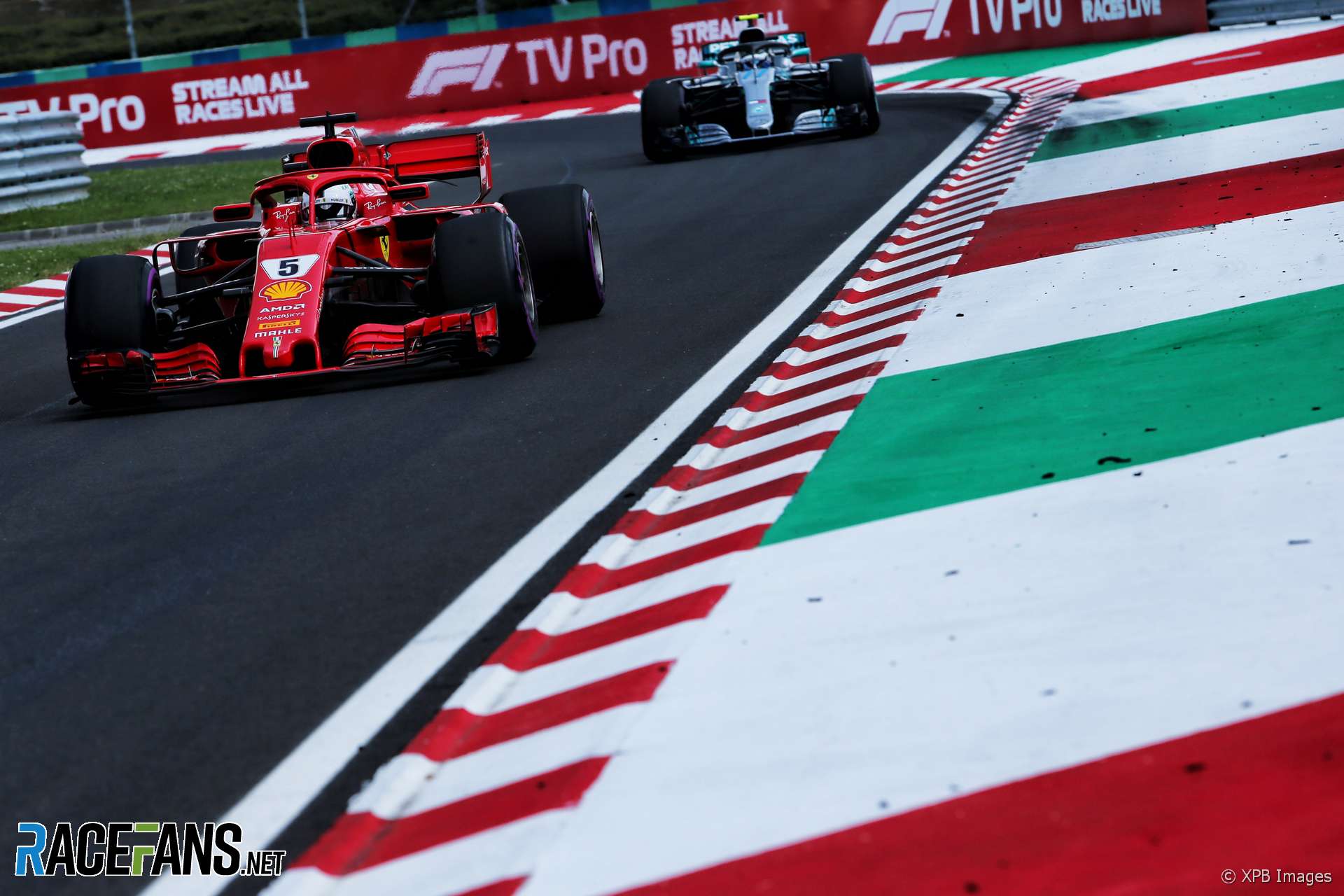 Sebastian Vettel says he feels lucky to have avoided a “disaster” after contact with Valtteri Bottas during the Hungarian Grand Prix.

Despite the contact, Vettel escaped relatively undamaged – something he put down to luck after the race.

“When you’re so close behind another car, you practically have no grip at all,” explains Vettel. “So I’m not surprised he locked up but we were quite lucky that he didn’t take us out. I could’ve had a puncture as well and it could’ve been a disaster but in that case it was obviously good to get the move and get ahead.”

After inheriting the lead from Lewis Hamilton as part of a long opening stint on soft tyres, a slow pit stop saw Vettel fall behind the second Mercedes of Bottas.

“Obviously we should’ve been ahead, so there was something not entirely correct,” says Vettel. “But once you’re behind it doesn’t matter and I had to find a way past on the track.

“Knowing from the first stint with these soft tyres that they will drop off at the end and the rears will be in trouble, I wasn’t rushing with 30 laps to go to pass him. I was sitting back waiting for the last ten laps to try and close on him, knowing I would get more and more in range to try and do something, and that’s what we did.

“At turn one, he defended and I got a good exit and had DRS and obviously more traction with my rears that I’d tried to take care of earlier to be in that position. Then I think I was ahead and I was quite surprised when I got the hit from behind. But I think he had no grip being so close to me at that point.”

Despite having lost more ground to Lewis Hamilton in the championship battle, Vettel remains optimistic about Ferrari’s chances during the second half of the season.

“Obviously last week was a disaster if you look at the result and what it could have been, but now it’s like that I can’t rewind the clock and I’m happy to look forward,” Vettel says.

“I think we have a car we can fight with.I think in France, they were faster than us. And then in two, or three races we’re able to get back to being matched and probably just a little ahead in qualifying and generally able to fight in qualifying. It seems that the rain god has a Mercedes in his garage, but I’m sure we can get him an upgrade for the second half of the season.

“So I’m quite confident if we have the speed and can improve our car still from where we are that we can still be in the mix and in the fight. I’m happy with how the season’s went so far and I believe there’s more to come.