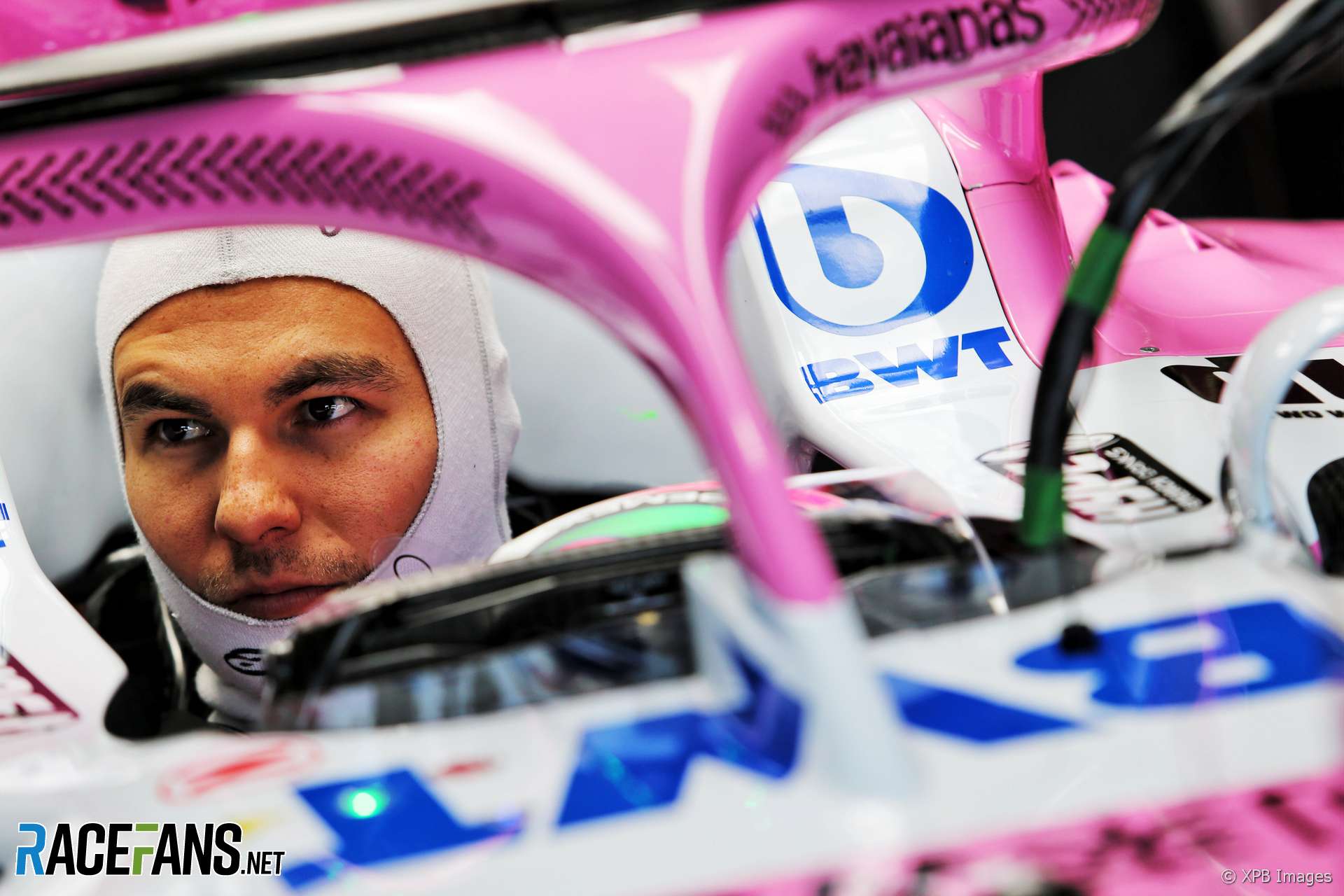 Sergio Perez responded to RaceFans’ revelation of his involvement in Force India going into administration. Here’s what he had to say – plus more tales from the Hungaroring paddock.

After burning midnight oil to reveal Sergio Perez’s role in Force India’s administration process, I allow myself a late wake-up call – needed as my brain continued to buzz long after we’d published, and I’d lain awake in stifling heat.

Breakfast I take in the hotel: typical local fare consisting of fruit and yoghurt, creamy cheeses and freshly sliced veggies such as pepper, tomato and cucumber, followed by toast and a double dose of cappuccino.

With a touch of Turkish taste to the meal I’m reminded that Hungary was under Ottoman rule before its role in forming the Austro-Hungarian empire – followed by decades of post-WWII communist oppression. Hence a combination of cultures has influenced Hungary’s kitchen.

Arrive at Hungaroring and head straight for Force India, where the mood is one of apprehension – yes, team folk are optimistic a sustainable solution will be found by the administrators, yet are perturbed at the way in which the palace revolution came about. Clearly there exists lingering loyalty towards Vijay Mallya, who turned rag-tag Spyker, battling alone at the tail end, into a formidable fighting force within ten years.

However, it’s the arrival of Perez that intrigues. I’m inside the hospitality unit and see him approach – will he embraced or shunned, I wonder? It’s F1-style clenched arm shakes all round as he enters, and clearly there’s no animosity. The overall atmosphere is one of business-as-normal, but the springs in steps as folk go about their business seem slightly dampened.

Although there are rumours Lawrence Stroll (partially) engineered the legal process, the word is the eventual sale could go one of three ways: a consortium led by the Canadian fashion mogul – with the blessing of Mercedes – or possibly to a Mazepin company, with Michael Andretti, said to be in cahoots with US-Mexican promoter Tavo Helmund, also in the frame. Then there are a few outsiders; we should know more by Spa.

Post-FP3 I head for McLaren for an interview with Zak Brown as part of the team boss series we’ve been publishing monthly. He talks surprisingly openly – so much so we overrun our slot by over 15 minutes. He confirms that a long slog lies ahead; more in August.

Post-qualifying interview sessions, and I draw the Toro Rossos – a pleasure given their superb performances, with Pierre Gasly being the best Red Buller in sixth – followed by Force India, a session I’m particularly keen to attend given our reporting role. I’ve a policy of specifically facing folk I’ve recently written about to allow a right of reply – today it’s totally warranted.

Despite my having been told Checo won’t be talking about the administration process, the Mexican opens up when I broach the subject, and refers specifically to our coverage, saying “I’ve read some hurtful stuff written by you [pointing at me] that I says I did it for the money,” before outlining his reasons. He’s clearly emotional, and I allow him space to continue.

Once the interview is over, I address his comments, pointing out that the only quotations we used in the report were extracted from legal documents, that we used these in context – and there’s no arguing his case revolved around fiscal demands. I promise we’d give his replies equal prominence, and shake hands over it.

The Perez interview runs late, so I miss McLaren’s session. I head for Williams, where I catch both drivers, and enjoy a chat with Paddy Lowe. We discuss the likely pre-season schedule for the 2019 F1 season, and when we broach the topic of Jerez, which is in the frame as (unlikely) venue for one or both tests – he lights up, saying, “I’ve got a soft spot for Jerez; it’s where I attended my first F1 test (in 1987) with the Williams FW11D.”

It turns out FW11D was a mule car to test Judd engines after the team lost Honda, and they were in southern Spain for testing with Nigel Mansell, who’d been instructed to build up to speed gradually. However, such were the Brummie Moustache’s press-on ways that the team took side bets on his coming out of turn one backwards on lap three.

Depart circuit for hotel, where I enjoy a local delicacy: Gypsy steak, being a large grilled pork topped with bacon and served with diced fried spuds and sweet pickle mix of gherkin, onion and paprika. The restaurant has run out of ice cream, though, – just as well after that Eton Mess.