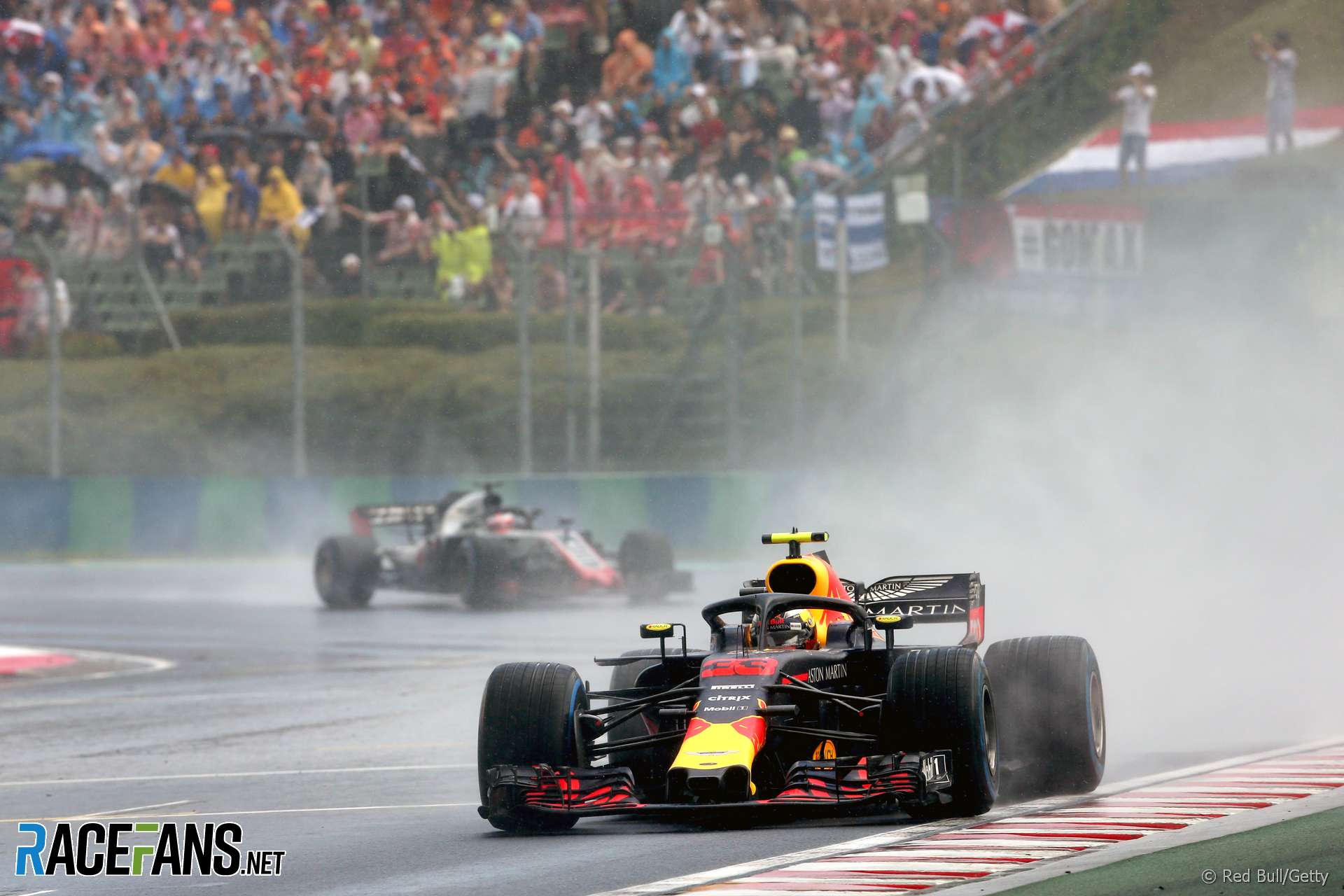 In the round-up: Haas team principal Guenther Steiner says he accepts the stewards’ decision not to penalise Max Verstappen for impeding Romain Grosjean.

Steiner was asked if he was OK with the stewards taking no action against Verstappen for the incident:

Even if it’s not OK, what can I do? It’s difficult circumstnaces. If you’re in the spray of somebody else, you don’t see anything, you don’t see your mirrors.

It’s not sportsmanship you need to report it they take a decision and you are good with it. I would not go there and demand a penalty for somebody who did something. I would fight for something if they give us a penalty for something which we think we havent been guilty of. That is the way to fight it. But I would never go and accuse ‘oh he did wrong,’ because if he gets a penalty it doesn’t do me any good but it hurts him. I keep out of that one.

I wouldn’t go there and try to say ‘oh Verstappen needs to get a penalty’. that doesn’t make me happy. We need to get better and beat him.”

A lot has been said over the last 24hrs about the events surrounding @ForceIndiaF1. All I can say is that I have never known of such a united group of people, more akin to a family than workmates. Far from being our darkest hour, it will be our defining moment! #NewBeginnings

Really feel for all at Force India. The commitment & dedication it takes from everyone at any F1 team to keep things going, let alone have any success, is way beyond the norm of most industries. Very minimum they all deserve is to know they'll be paid & have a secure future.👊

Huge respect for everyone at @ForceIndiaF1 Team this morning, walking into the Paddock with an unknown future, but with a stride that says they are ready for the challenge of this weekend – and whatever comes their way. Huge respect for them all. #F1Family #F1

There’s obviously far more to it than just this, but Force India’s financial plight after establishing itself as best of the rest in #F1 in recent years shows how out of hand the team payouts (prize money) has become. Shame on those behind the current structure

Alonso was asked which of Zak Brown's cars he'd most like to own.@ZBrownCEO: "Don't give him any ideas!"@alo_oficial: "It's a good question. I will see the menu…" #F1 #HungarianGP

"We had an issue with the brakes that held us back. I pitted for slicks when the track was improving and my brake pedal went long."

"When I saw the rain coming before Qualifying I thought there could be an opportunity, and the result of P6 is just incredible, especially after the tough few weekends we've had, it's really an unbelievable result for the team."

"There was an issue with the fuel bowser which meant we didn’t have enough fuel in the car at the start of Q2, so we lost time when the track was at its best."

Lance Stroll: "Unfortunately pushing in the wet I just lost the car and that was it. In the rain that is how it goes, you are pushing and looking for grip and sometimes it bites back. It was just unfortunate it was there at turn 10 as there was a wall on the inside, or it could have just been a spin and I could have kept going."

"Luckily for me, I never had the thankless task of managing Kimi Raikkonen’s PR, although I often had the unenviable job of trying to get a usable quote out of him when I was ITVs Formula 1 pit lane reporter."

Perez pretty much built Force India success : superb car development, multiple podiums, sponsors and never mind competitive drivers or ask for preferential treatment and at the end of the day mostly outperformed them.

Perez loves this team, he won’t have any problem getting substantial sponsorship to make this efficient team a top team.
NickF1 (@Nickpkr251)

12 comments on “Demanding Verstappen penalty would be “unsportsmanlike” – Steiner”