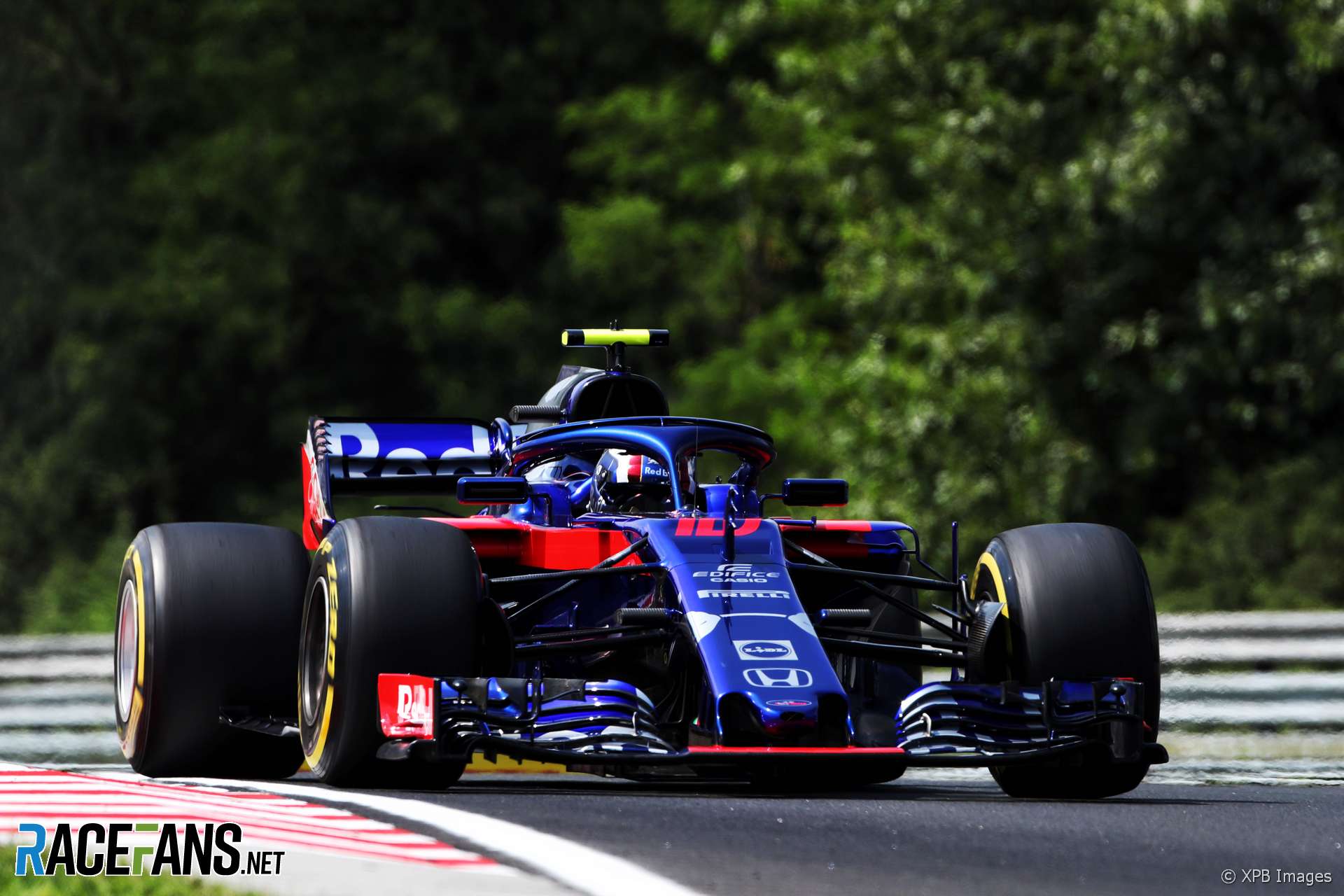 Pierre Gasly scored his best finish since the Bahrain GP by maximising the car’s potential on a track and in conditions which masked its deficiencies. In qualifying, he was quicker than Verstappen and six tenths quicker than his team mate.

The high track temperature and the low power sensitivity of the track were promising for the race. At the start, Gasly took advantage of Sainz running wide and maintained his position to finish best of the rest.

On a dry track Mercedes were clearly slower than Ferrari, and maybe even Red Bull, but rain in qualifying turned them into favourites. Hamilton was last to cross the line and went three tenths faster than his team mate in second.

The Mercedes front row lock out was critical in the race as Bottas kept the quicker Ferrari’s behind for the majority of the race. Hamilton had a mistake free weekend that was vital to extending his championship lead before the summer break.

Alonso was unable to find the pace to get into Q3, but he did handily outqualify his team mate yet again. He didn’t make up any positions on the start and inevitably lost out to Ricciardo as he charged through the field.

Alonso started on the soft tyres and ran long at his pit stop to jump Hulkenberg, Sainz, Hartley, and Grosjean. He went to the end of the race on medium tyres to take eighth.

Bottas looked in decent shape prior to qualifying, but in wet conditions Hamilton got away from him. He didn’t have Hamilton’s pace in the opening laps of the race, then was dealt a tough strategy.

Having clung on until the final five laps on increasingly worn tyres, he made two significant lapses of judgement when the race got away from him in the final laps. His clash with Vettel was deemed a racing incident, but Bottas had left himself in a position where he clearly wasn’t going to win the corner. The tangle with Ricciardo was worse: Bottas was plainly over-committed while off-line with worn tyres and a damaged wing, and was fortunate not to take both of them out of the race.

A wet qualifying didn’t help either Haas driver, but Grosjean was slower than his team mate throughout all three stages and ended up seven-tenths down on him. He was pushed out of the points after a 29-lap stint on the ultra-softs. He was running 12th after his pit stop and moved back into the points thanks to retirements ahead over the course of the race. Although he picked up a point, it was gifted to him by Stoffel Vandoorne’s retirement.

The Ferrari drivers lost what seemed a certain front row lock out thanks to the rain in qualifying. Raikkonen out-qualified Vettel for the first time since Australia, but Vettel took advantage of his team mate’s typically indifferent starts. Both Ferrari drivers were on alternate strategies as Raikkonen went on a two stopper and Vettel did a 39 lap opening stint on the soft tyres. The latter lost time in traffic and a slow stop meant he came out behind Bottas which ruined his shot at chasing down Hamilton.

Both Red Bull drivers were left frustrated by a surprising lack of grip in the rain which left Ricciardo 12th and Verstappen seventh. The team chose to put Ricciardo on soft tyres on a drying track in Q2 while everyone else was on ultra-softs. Verstappen retired on lap 5 with an MGU-K failure while Ricciardo recovered to fourth at a track Red Bull were expected to be victory contenders.

Magnussen had a strong weekend, beating his team mate by a substantial margin in qualifying and the race. However, he was unable to challenge Gasly for the top spot in the midfield. Hartley reached Q3 for the first time but a questionable strategy left him out of the points.

Sainz equalled his best ever starting position and got off the line well despite being on the harder soft-compound tyres. Had he not been hung out wide at turn one, losing several places, he could have had a much better race. He lost out to Gasly at the start and then the McLarens on strategy. Hulkenberg lacked pace all weekend at a track that didn’t suit the RS18.

There was little respite from Force India’s tough weekend on the track, where both drivers were knocked out in Q1, Esteban Ocon suffering brake problems. Neither driver made it into the points.

Marcus Ericsson scored a rare victory over Charles Leclerc in qualifying, but both collided with other cars at the start. Leclerc retired, Ericsson continued, but points never looked likely. Lance Stroll gave briefly Williams cheer by reaching Q2 – then crashing. That meant he had to change front wing specifications and start from the pit lane, and both FW41s were lapped twice by the end.