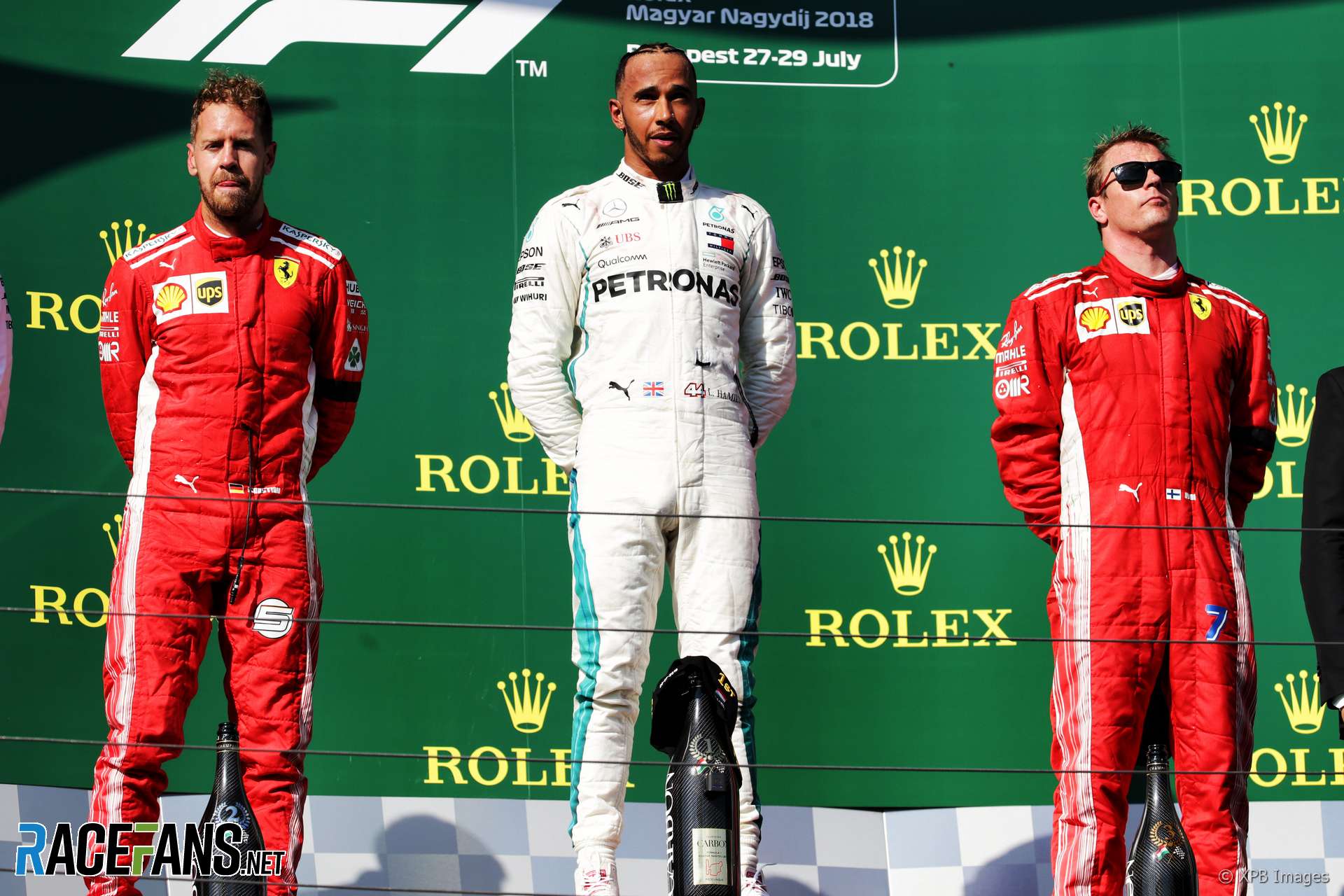 Lewis Hamilton believes Ferrari hold the initiative as Formula 1 heads into its summer break but says he’s thriving on the increased pressure in this year’s championship fight.

“It’s the most intense battle,” said Hamilton. “We are racing a team that are faster than us this year.

“Last year we were quite balanced I would say but some weekends they were faster than us, and then we were faster than them. But this year it’s swinging more in their direction so we’re having to over-deliver and try to pull out more from weekends where we’re not quick enough.

“So the pressure to extract absolutely every millimetre is greater than ever if I want to be number one again.”

Hamilton, who holds a 24-point championship lead over Sebastian Vettel after 12 of 21 races, says the championship contenders are paying a bigger price for any errors they make.

“This year is even closer than last year as you know so the smallest mistakes are even more costly. So there’s more pressure on there. That’s the same for any sport, the last shot, the last serve is the most important point.”

He admitted there have been weekends this year when he hasn’t performed at his best.

“The cycle of the game, in any top part of sport, is the hardest thing. Probably whilst you see me here you don’t see me away from the track, or any of us competitors. That’s probably the most demanding thing, keeping your mind in the game from March all the way to November. Arriving every weekend 100%.

“I can honestly say not every weekend I’ve hit the nail on top of the head but the goal is to try and do that. And you have those big setbacks, like qualifying in [Germany]. But depending how strong you are up here… I always relate to golfers and tennis players who miss the first serve but then the second on they ace. That’s what we’re kind of battling with mentally as well. It’s hard to really explain.”

“That’s not something I’m fazed by, it’s something I’m excited by. Because I generally I’ve always felt that under pressure that’s when I’ve been at my best. So I welcome the pressure.”

69 comments on “Hamilton: Ferrari are quicker but “I welcome the pressure””