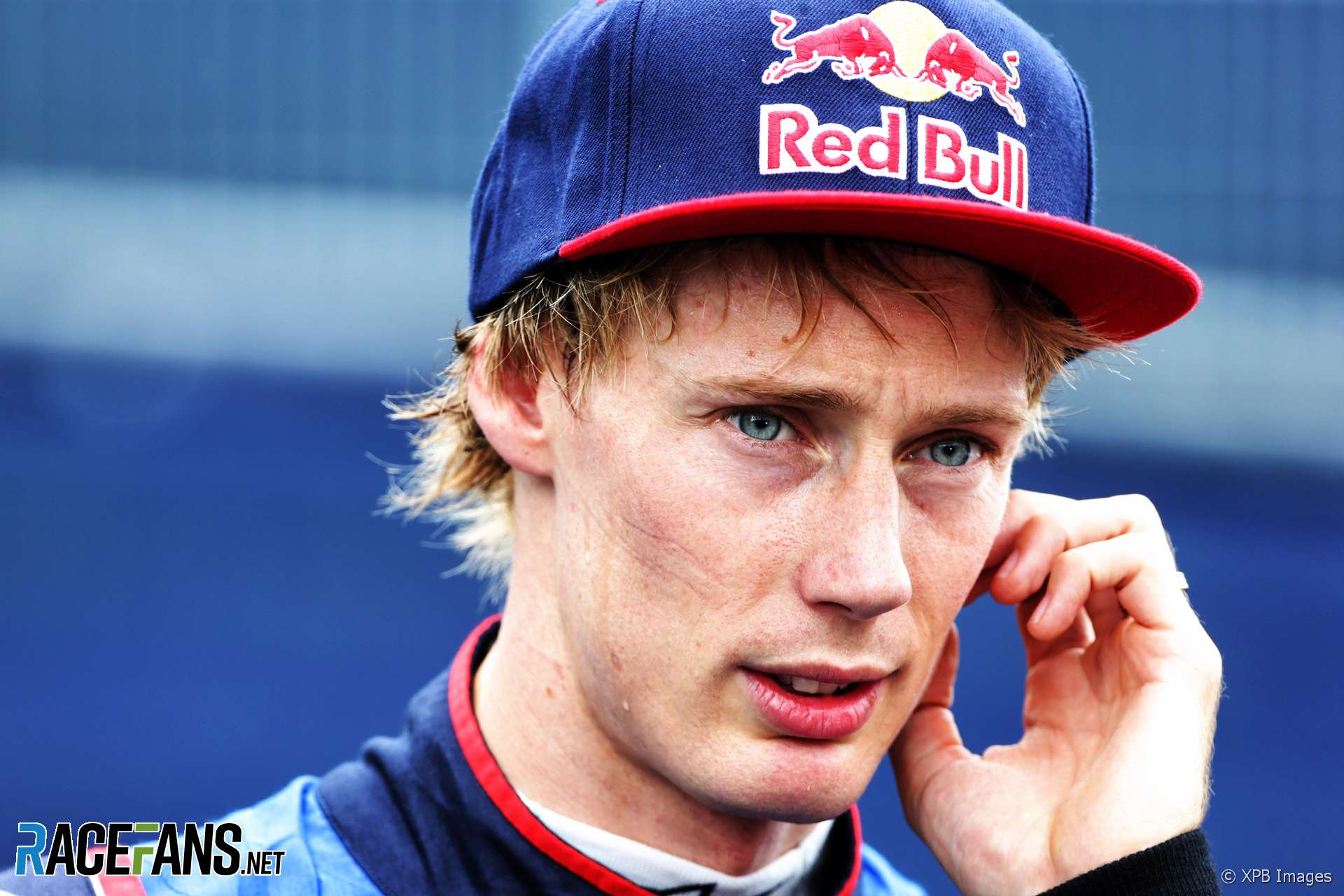 Brendon Hartley says he can feel proud of the job he has done at Toro Rosso this year despite a difficult beginning to his first full Formula 1 season.

Gasly has been linked to a potential Red Bull promotion but Hartley’s future is unclear. Earlier in the season McLaren junior driver Lando Norris was linked to Hartley’s seat.

“If Formula 1 finishes at the end of the year or whenever I’ll hold my head high,” he said. “I know the job I’m doing behind the scenes and I know that I’m giving everything that I can.”

Hartley has suffered a series of crashes including in Spain (due to driver error), Canada (where he was hit by Lance Stroll) and Britain (suspension failure). However he is confident the team recognises his potential.

“Not everyone always knows the full story. But I feel in a good place and I hope I can consolidate the momentum I’ve had in the last weekends. Even if I didn’t always have the result I actually feel like I was very strong and I hope I can [get] some more results and more points on the board in the next races.”

Hartley said he has been taking advice from his former Porsche World Endurance Championship team mate and ex-Red Bull driver Mark Webber on coping with life in F1.

“We chat quite a lot. I think all through my career I’ve learned that it’s good to take advice from as many people as you can and when you have someone like Mark who’s happy to pick up the phone or have a meal and discus everything I try and take full advantage of that. He’s a good friend and always has something interesting to say or advice to give or compare notes.

Webber set an example Hartley has learned from, he said. “Even early in the Porsche days it was very clear to me he wasn’t too fazed about rumours, just focused on the things that were important. Having a larger view, seeing the bigger picture.

“I think I’ve got better and better at that. I think especially this year being under a situation with a bit of pressure, coming from all angles, the media or whoever, actually it has made me feel a lot stronger and made me realise where my energy needs to be.

“I actually feel really good about the situation regardless of what’s written or not written. It’s made things a lot clearer for me, where my mind needs to focus and how I need to feel.”