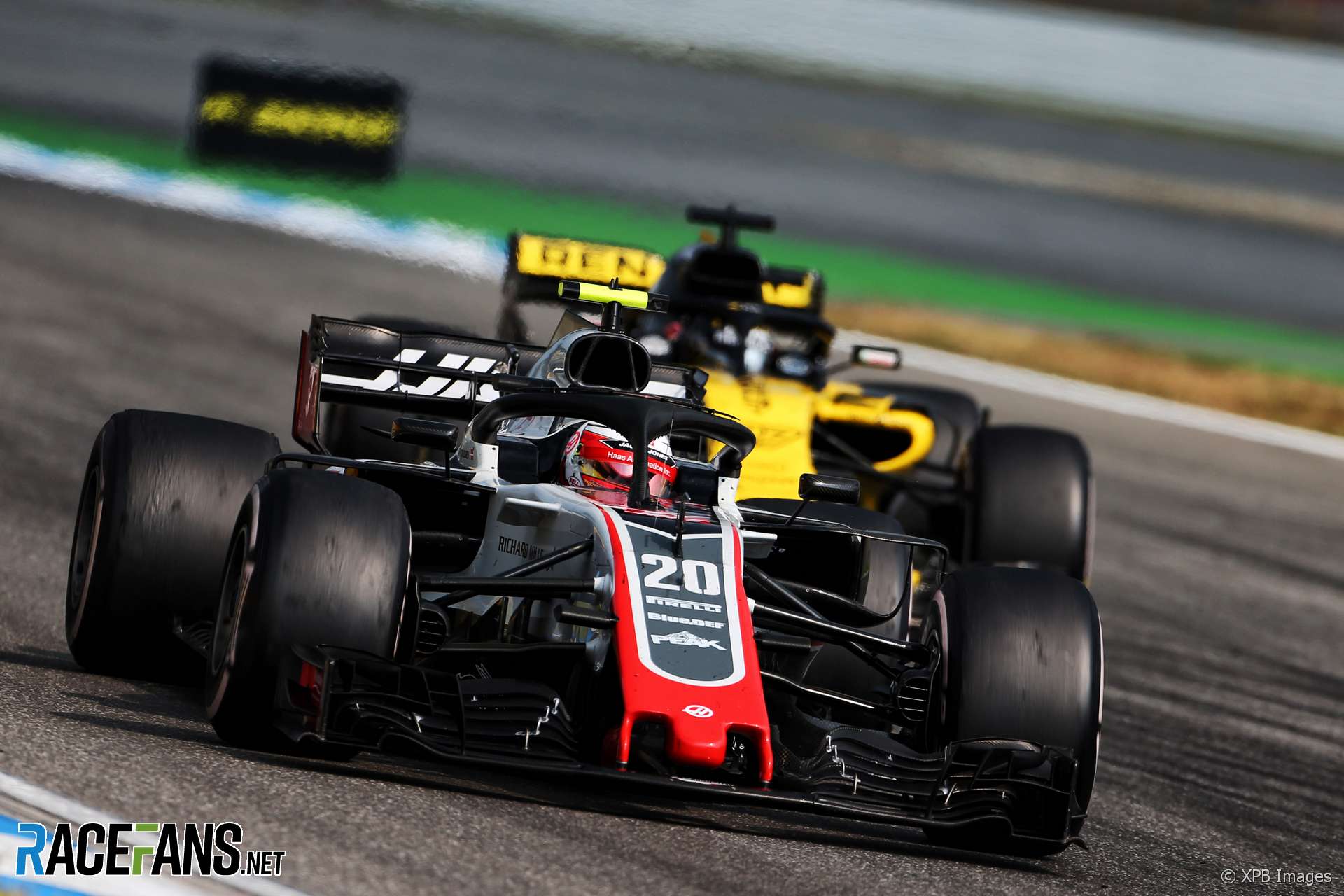 In the round-up: Haas team principal Guenther Steiner says the team is now dedicating its development effort to its new car for the 2019 F1 season.

Steiner was asked whether the team had decided to switch its focus to its car for next year.

We decided. We are doing the ’19 car. We have to because otherwise you fall too far behind. And also when you look at our car now in the midfield we are quite solid so it’s no point to keep on working on this one because we have to look at the future.

We make developments and we will bring them to the car in the next races. They are smaller ones. In the windtunnel we are developing the ’19 car.

Rather poignant discovery in my archive while cleaning up the office: @ForceIndiaF1 marketing brochure circa 2013 pic.twitter.com/0E1vvuREtC

Here's what @LewisHamilton is doing on his summer vacation (via @instagram):

"We've found this trash space here. We've come to clean up. I just wanted you guys to know the the impact you're having with the plastics you buy and throw away. This is where it goes. It's disgusting." pic.twitter.com/mb7DMzjQoq

Sorry, not got a ticket to climb aboard the Stroll/Force India hype train. I’m genuinely delighted for the employees of FI that their futures are safe, but really… hope I’m proven wrong (again)… #VerucaSalt

"While Andretti’s race was over on lap one, Senna went on to score of the most famous wins of his career. 'I really think I could have raced with him, that’s the worst part.'"

"As we’ve said for some time, IndyCar at COTA would be spectacular. It may happen one day but, as of now, we’ve had little more than some constructive conversations."

Daniel Ricciardo (speaking before his Renault deal was confirmed): "It’s a tough one because I feel for a lot of years we’ve had a great chassis. It’s always every year, this is our year. We win a few more, but we’re not quite there. If I was to leave and Honda come good..."

Written in the stars (F1 Broadcasting)

"A further negative trend comes in the form of five ‘beeps’ at the start of each race. The beeps have blighted not only the F1 broadcasts, but also Formula Two, GP3 and Porsche Supercup races. FOM are experimenting in this area, with some races featuring excruciatingly loud beeps, and others featuring no beeps at all (possibly because the sound of the cars masks the beeps)."

Yesterday we took a look at which F1 drivers are performing best compared to their team mates so far this year. Here’s AmericanF1’s assessment:

The two drivers that have impressed me the most, particularly in relation to their teammates, have been Magnussen and Leclerc. Grosjean can be devastatingly quick on the day, but he seems to need all the stars to align before he can unleash that speed. Leclerc has really come into his own and showed Ericsson to be a lackluster performer.

My biggest disappointment so far has been Hartley. I had high hopes for him based on his performance with Porsche, but he seems to be having difficulty with the change from LMP1 to F1.
AmericanF1