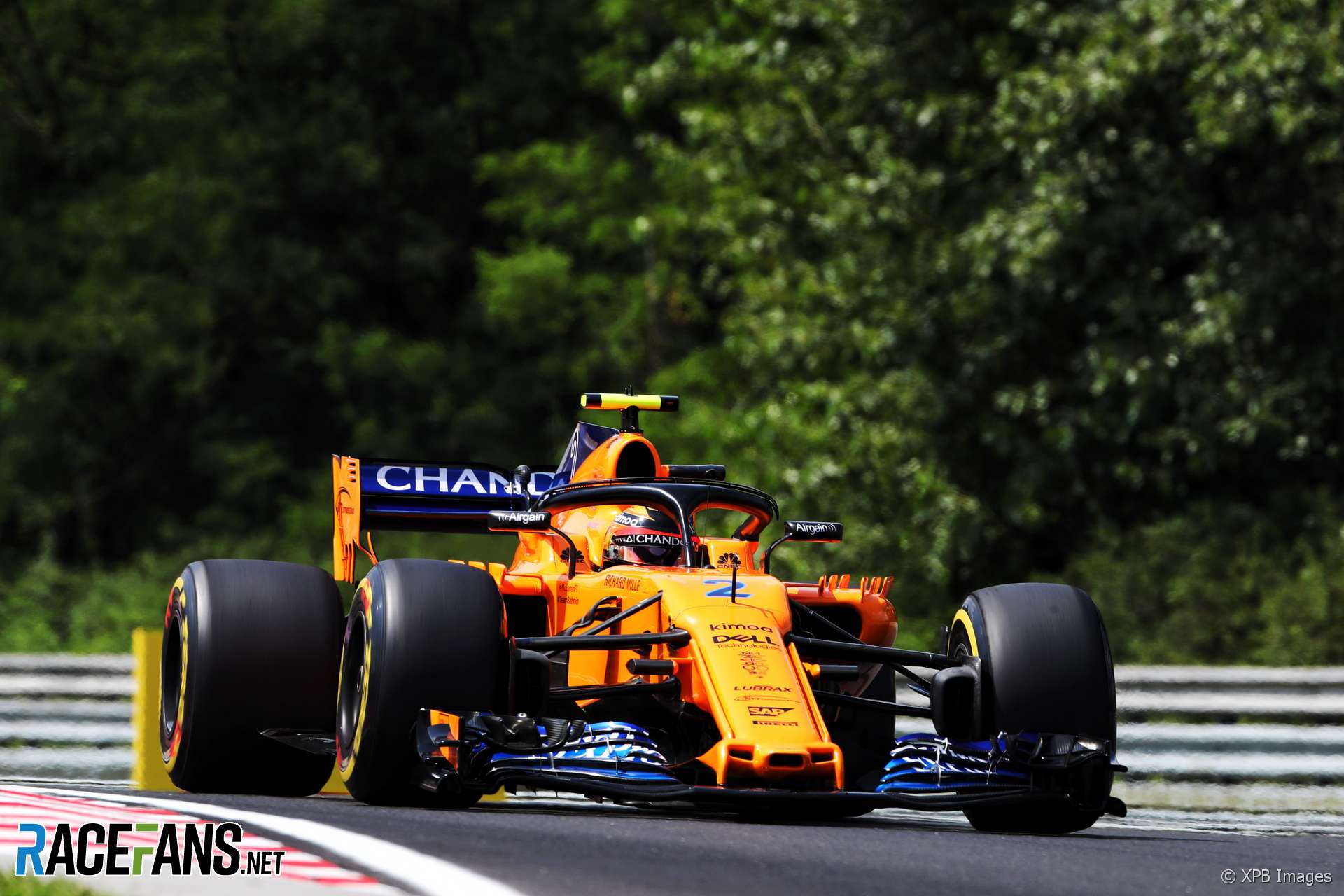 In the round-up: Stoffel Vandoorne is much happier with his McLaren after the team reverted back to an old chassis for the last race.

It’s been back to normal which was positive. Good to have a more normal weekend, let’s say, where I had a normal Friday working on the set-up again and not constantly chasing something else. That was good, so I’m happy.

I spoke to Claire Williams in Hungary about the future of the team and what would happen if they didn’t have the Stroll millions coming in. She explained they have a plan for the future and didn’t seem worried. Here’s hoping 🤞 #F1

Sometimes, the summer break feels like it will never end. A bit like this pit stop 😕 . #F1 #Formula1 #InstaSports #Funny

"Currently, in terms of size of the team and number of employees, we are over 400 and we the plan is to increase it by a third. We need to keep growing to increase and also with more manpower."

Lauda was days away from death, say doctors (Autosport)

"At this point, they said Lauda had a life expectancy of only a few days, which resulted in him being listed for a transplant and assigned a high LAS (Lung Allocation Score) that measures the urgency rating according to objective criteria."

"The WEC’s 'hypercar' regulations, after all, are not as first advertised. It’s become clear that these will be prototypes with styling from the road-going cars on the cover of road car magazines, not the cars themselves. A lot like IMSA's DPi concept, but more expensive and more technical."

"I think you saw the worst-case scenario of the track condition at this last race. I think just that, weather, and development from teams will make the racing better."

"David Eaton and Fiona English’s show is powered by two jokes. First, there’s the curious mismatch of American revolution and high-speed motor racing, made weirder still by the addition of rap. Then there’s the limited dramatic potential of the life of Lewis Hamilton, presented here as a man whose greatest off-track achievement is learning to namecheck his sponsors."

Should Brendon Hartley get another Formula 1 season at Toro Rosso?

He’s been very unlucky at times with car failures and the like seeming to affect him more than Gasly, but all things being equal, he’s been some distance from his team-mate.

If only for lack of Red Bull backed alternatives for 2019, I could see him being retained for another year as a benchmark.

He reminds me a little of Sebastien Bourdais and his outing in the Toro Rosso. A little older, superstar in other series etc. He was some distance from young Vettel, but was also unlucky, consistent and a good benchmark for Buemi the following year before being replaced.

I hope he gets at least the rest of the season to give him a fair bite, but he’s clearly not top tier in this formula and wouldn’t be hugely missed if he was to be replaced.
Ben Needham (@Ben-n)