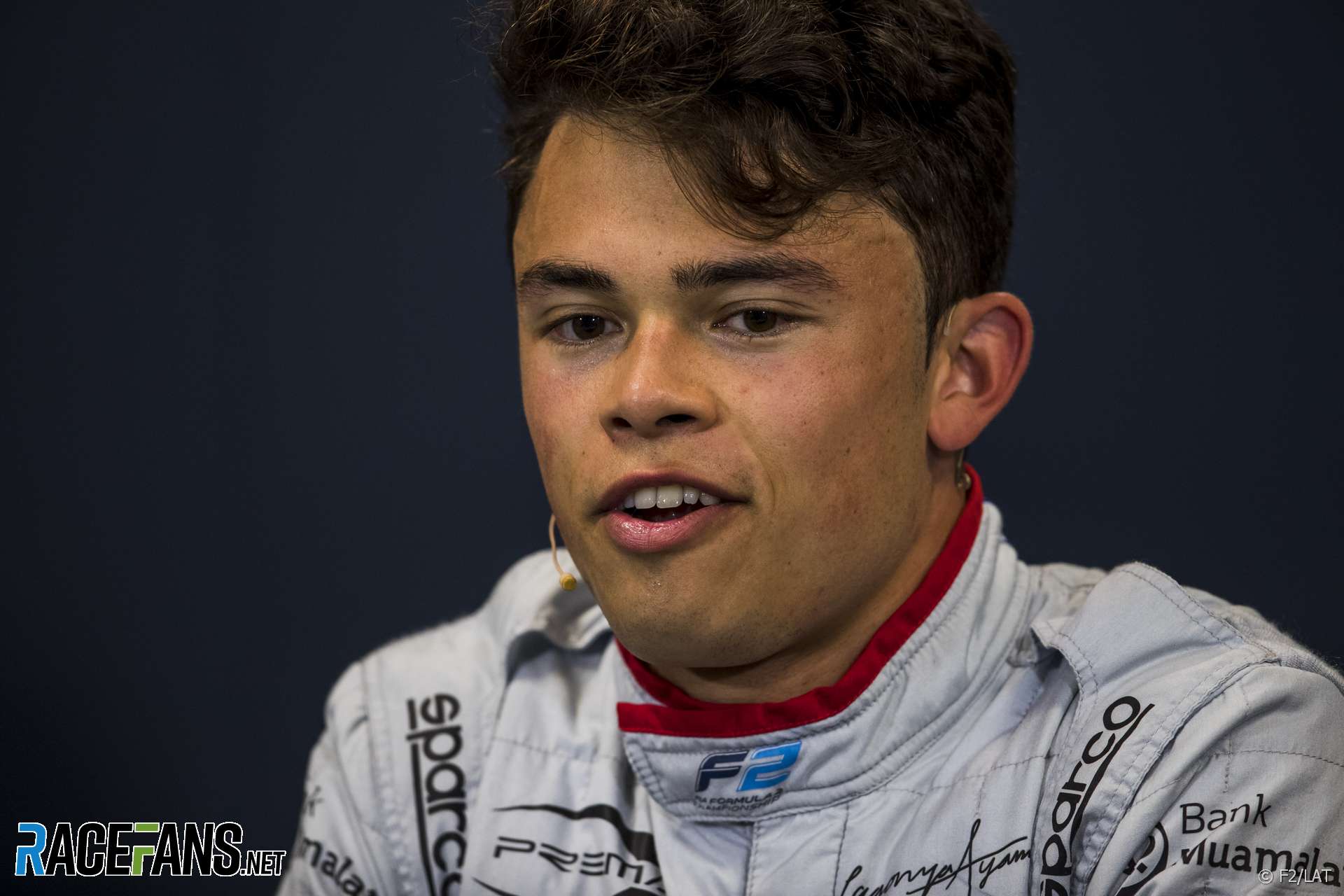 In the round-up: McLaren Racing CEO Zak Brown says the team is not considering a Formula 1 role for its junior driver Nyck de Vries, who is currently tied for fourth place in the F2 points standings.

Nyck’s been with us for some time. He’s one of our simulator drivers and we’re a big supporter of Nyck’s.

We have a variety of different racing activities in the future so he’s someone that we’d like to keep in the family but I wouldn’t say he’s under heavy consideration for our Formula 1 seat at this point.

"You don’t feel so much difference. Maybe a slight difference in balance but that’s it."

"You can fool people about how you're feeling, but you can't fake passion. I'd love to see that passion come back to Williams."

Salo on missing out on that GP victory in Germany (F1)

"I’d seen from my mirrors on the main straight that there’s a red car behind me, but really far away, but then it didn’t take long before I heard Ross Brawn’s calm voice asking me to slow down. It still p****d me off. They said, ‘Not very fast this lap, Mika.’ I went, 's**t!'"

This is what I think will happen:

Red Bull have learnt their lesson and will not ruin Gasly’s career by promoting him too early – they will leave him at Toro Rosso for another year.

In the meantime, they will bring Sainz in. He’s a safe pair of hands, a known quantity, and he even may shine very brightly.

Just because they haven’t mentioned Sainz yet doesn’t mean they won’t take him. They are just weighing up all their options. And I believe he’s the best one.

After a year, they can weigh up what to do with Gasly. Perhaps he will also be making strong demands for a long-term contract at the top team, just like Verstappen did. And I doubt very much that Verstappen has a clause that he can veto driver placements alongside him. He’s already got so much out of Red Bull.
Shimks