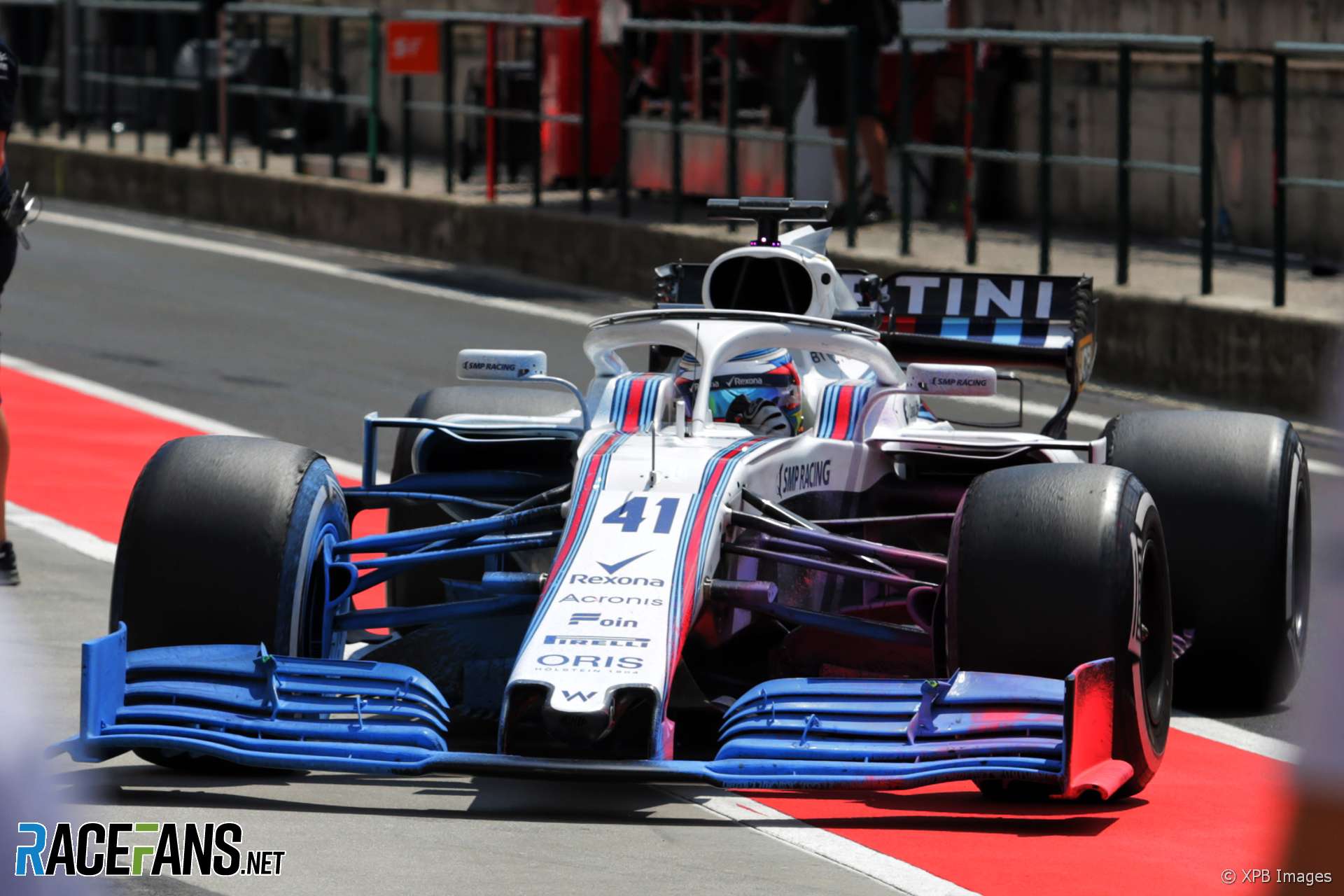 In the round-up: Williams chief technical officer Paddy Lowe says the scale of the aerodynamic changes being made for the 2019 F1 season shouldn’t be underestimated.

We are gonna we miss you a lot @alo_oficial ! My passion for this sport started thanks to you and I consider myself a very lucky guy to have shared 4 years of f1 racing with one of the best ever. Time to keep profiting from the 2nd half of the season! pic.twitter.com/I1PEmn19Qq

'I think he would be a great addition to IndyCar and I think he would have a lot of fun here,' Hunter-Reay said Tuesday. 'That would be great. I've been saying it for a while, this series is the most competitive series in the world, no doubt. You cannot name who is going to win each race. There are no favorites. There's a long list of winners even from this year. You have a really tight championship.'

At the crunch, it's the actual racing that counts (MotoGP)

This season, or the last few seasons I have been lucky to witness, have made me a little bit selfish because I was disappointed there were no records broken in the MotoGP™ race on Sunday. The closest ever top ten premier class finish in the 70-year history of the sport at the previous round in Brno. Just 8.3 seconds separated that top ten while just a couple of rounds earlier the closest ever top 15 finish. In Assen it was 16.04s that elapsed between the winner Marc Marquez and 15th placed Dani Pedrosa, crossing the line after a breathless 25 laps of the Cathedral.

'Just looking at a single bridge, the planning process, the permits, the permissions are a standalone project which could take hundreds of hours to arrange,' says Bate.

'Then there are the road closures and traffic management that go along with it. We can close roads relatively easily if we have a mayor who is fully invested in what we are delivering, but what we never do is shut the city to the local public.'

It says here: 'It’s 2095. The switch to autonomous driving systems has revolutionized the world of racing, but the balance of the championship is abut to be tipped by the debut of a new team. Grueling (sic) circuits, extreme race conditions, futuristic vehicles… Formula Warp is an unforgettable experience that goes beyond man’s limits.'

It’s the summer break, so what better time to really get down between and indeed half or fully over the lines – we’re :

i do not get the constant whining about the track limits, i do not see it as that big of a problem at all.

i do not see this is too big an issue however, in fact in the past such things were seen as a part of the sport, drivers pushing the limits & looking for any advantage that is allowed and they were praised for doing so.

nigel mansell at spa in 1990 for example was using the runoff at la source, going over the kerb and onto the tarmac area every lap towards the end of the race and rather than complain and call for penalty he was praised for it for pushing the limits.

i attended many f1 races at brands hatch in the 70s/80s where drivers would regularly put all 4 wheels off at paddock hill when they had tarmac on the exit and again there was no complaints.

most recently at austria in 2003 when drivers were using a lot of the runoff at turn 1, was no complaints over the weekend & if a driver could run off & gain from it they were praised. that weekend martin brundle who is a regular complainer now also felt it was fine.

was the same on many other circuits where you had a bit of tarmac on the exits, if it was there drivers would push limits & get praised for doing so.

so question is what has changed? why has it become a big issue for people now where they have to constantly complain everytime anyone tries it? go back and watch stuff from the past including some examples i list & you will see it was not always the case that it was seen as issue and frowned upon.
PeterRogers