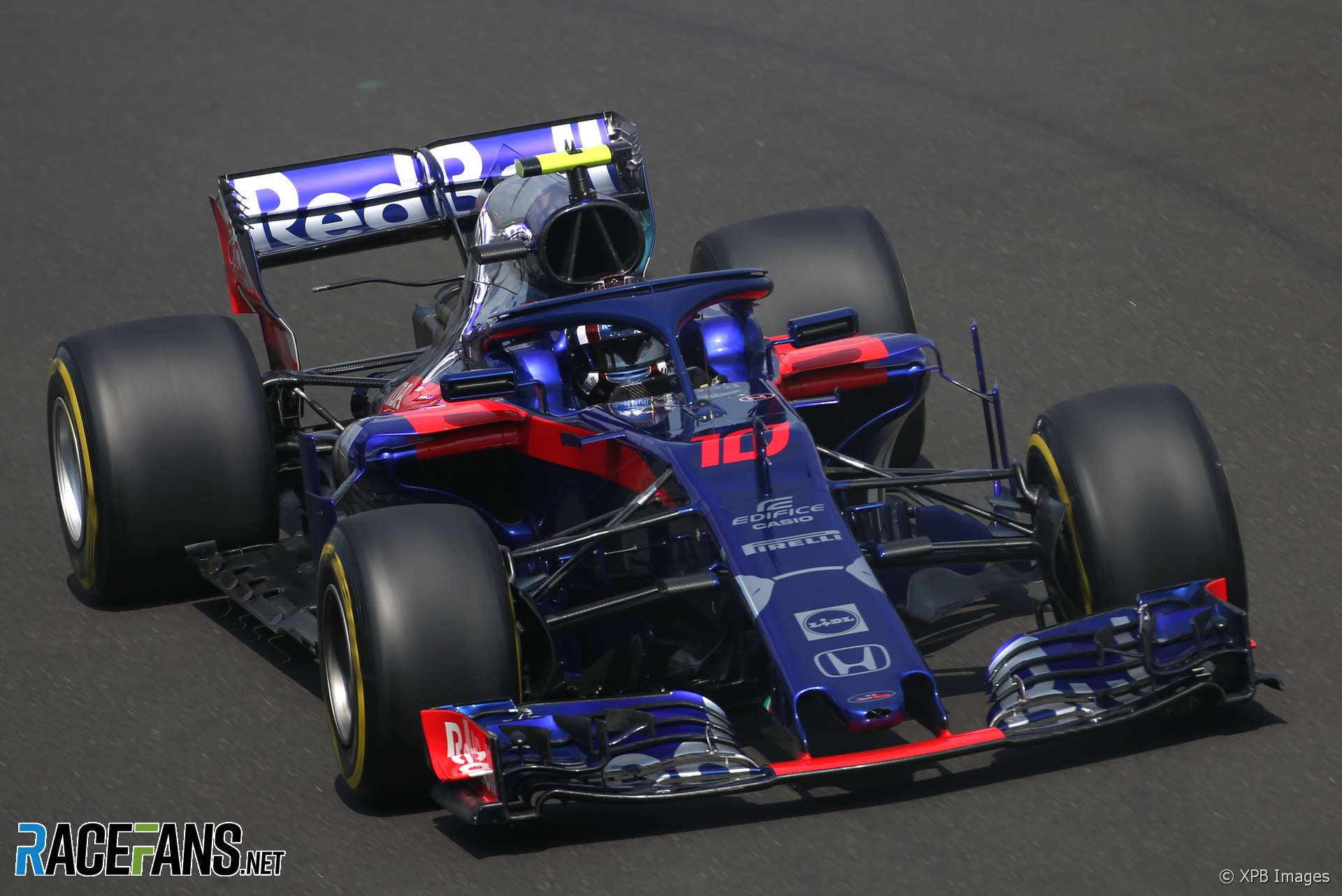 In the round-up: Pierre Gasly, who yesterday was confirmed as Red Bull’s new Formula 1 driver for 2019, expects the next two races at Spa and Monza will be difficult for Toro Rosso:

RaceFans asked Gasly whether going to Spa would be worthwhile for Toro Rosso given their power deficit:

It’s always worth it. We just need a bit of rain to make Eau Rouge a bit hard as a corner. At Spa anything can happen. Clearly it will be difficult there and Monza will be a tough one.

There are couple of places where I expect our overall performance to be better like Singapore. But I know Honda is pushing a lot, they improved a bit, they just need to improve more, and hopefully some upgrades can come quickly in the season.

I want to express the utmost appreciation for our IndyCar AMR Safety Team, the entire IndyCar medical staff as well as Dr. Trammell. You all are heroes. Absolute best in the business. Can’t thank you enough.

IndyCar was not my first racing family. But Rob has been a part of my life for many years & now we’re in this family together. Hard to celebrate this win when his well-being is priority. From my crew & NAPA family, sending our prayers to Rob, Karli, his family & our friends atSPM pic.twitter.com/fpkdKYENsq

Have just seen the news about @robertwickens and his crash in IndyCar. He is one of the loveliest guys you could wish to meet. I first met him in Formula BMW US and our paths continued to cross in A1GP and DTM. I wish him a speedy recovery

"Robert Wickens continues to be treated at Lehigh Valley Hospital - Cedar Crest following injuries sustained at Pocono Raceway on Sunday, Aug. 19. An MRI was instrumental in revealing the most appropriate surgical course and Wickens is undergoing surgery Monday evening for a spinal injury."

"He was still very young when he won those four world championships. Having a few character building years at Ferrari have made him more rounded."

"He will let me know the people there and all that, he will give me good contacts."

An American driver will not help Formula One (Post and Courier)

"Say what you will about Hamilton, he sparks an emotional reaction whereas the likes of Nico Rosberg or Sebastian Vettel do not. After all, some fans love to have a villain to hate. So personality counts, especially in a sport like racing."

Todd says IndyCar must take drastic action in response to crashes such as Robert Wickens’:

The best option for IndyCar, would be to move away from ovals completely.

Look at the attendance at Pocono from this year and previously, it was absolutely dreadful, same for Texas, Phoenix and other ovals. The only exception is Indy, for obvious reasons. I think there is a generational shift (in America) at play, where lots of younger fans simply aren’t interested in oval racing. NASCAR’s numbers are horrific and Indy’s oval numbers are struggling as well.

Simply getting rid of ovals would be an easy solution to the problem, and one that probably wouldn’t be met with much resistance, except from just a few old-guards.
Todd (@braketurnaccelerate)