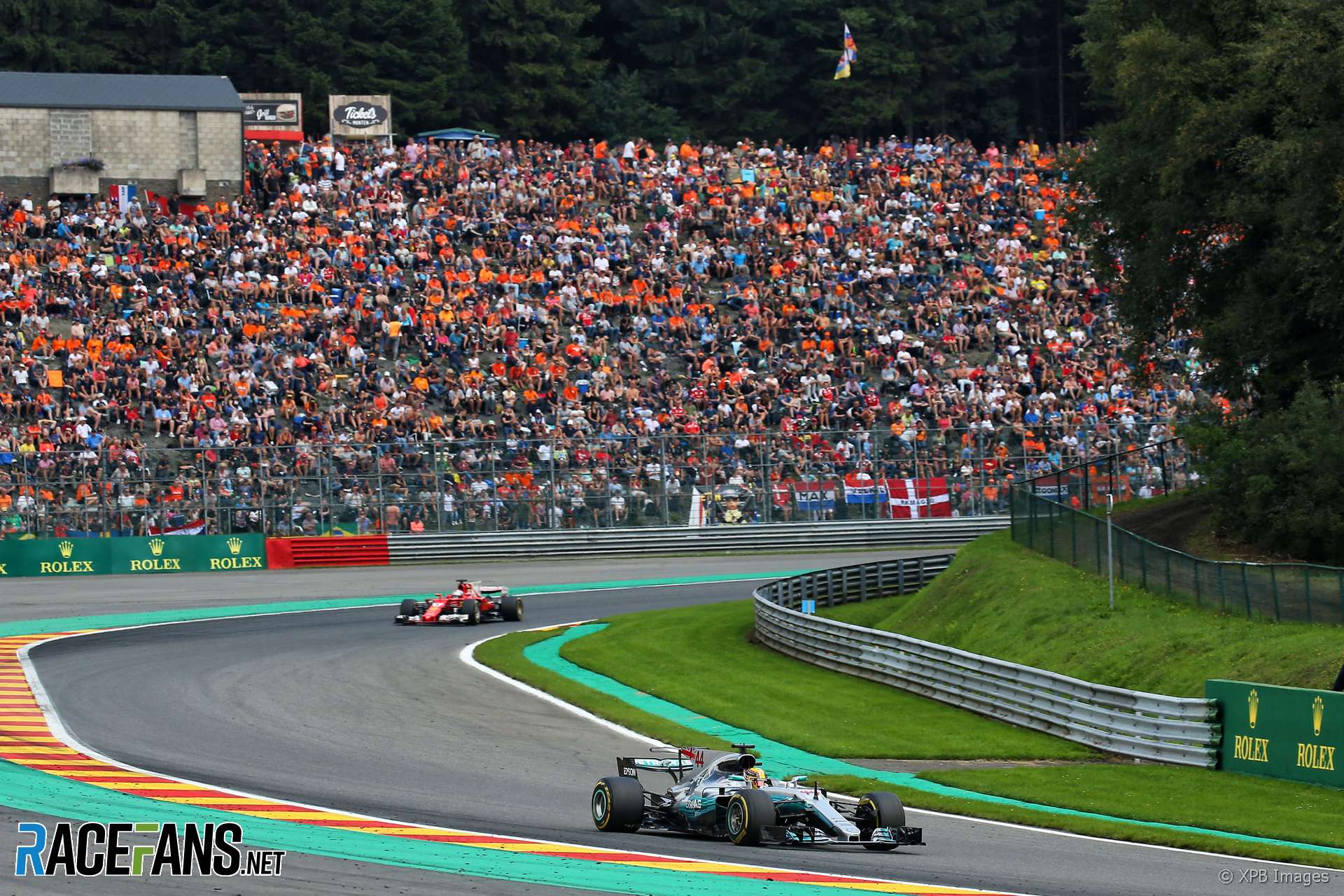 The pair of left-handers which form turns 10 and 11, also known as Double Gauche, are among the quickest corners on the circuit. Rising downforce levels in F1 have already allowed drivers to tackle Eau Rouge, Raidillon and Blanchimont without lifting the accelerator.

“It’s still a great track to drive,” said Hamilton. “And it’s exciting to think Pouhon might be flat-out this year, which is awesome.

“I wish… your imagination of what it might be like going there, times that by a thousand and it probably won’t still be there.”

Mercedes has won the last three races at Spa-Francorchamps, which included two victories for Hamilton. However he said it isn’t necessarily one of the team’s strongest tracks.

“It’s not a bad one for us. But you saw last year how close it was between us and Ferrari. This year they seem to have, at least towards the break, after Austria, quite a big step in power. This is a power circuit.

“I don’t know how we will compare with them power-wise this weekend but I think car performance-wise we should be quite close.”