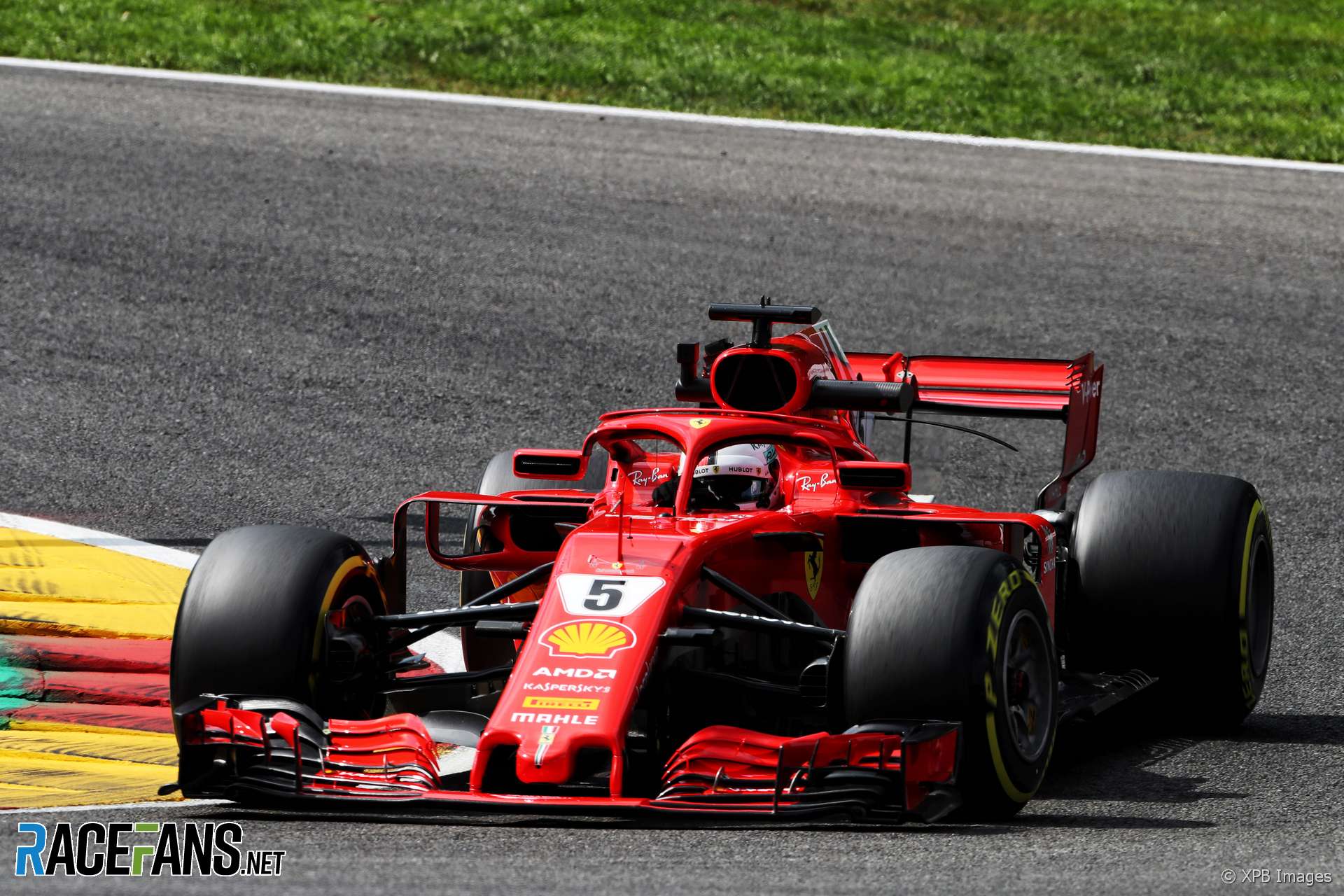 Sebastian Vettel led a one-two for Ferrari in the final practice session for the Belgian Grand Prix, though Lewis Hamilton’s Mercedes was just a tenth of a second behind.

Kimi Raikkonen set the quickest time when the Ferrari and Mercedes drivers took to the track to complete their qualifying simulations at the same time. However the Ferrari pair were able to make their super-soft tyres last for a second run and Vettel took the top time off his team mate by 0.068 seconds.

Hamilton, who headed for the pits after his first run, took third place ahead of his team mate. But Valtteri Bottas was involved in an incident which brought out the red flags late in the session.

McLaren had been running their cars line astern on the Kemmel straight to practice giving the second car the benefit of the slipstream for qualifying. However Bottas found himself between the two cars after letting Fernando Alonso through before Eau Rouge.

Stoffel Vandoorne followed the Mercedes out of Raidillon then pulled out to pass Bottas, and was squeezed onto the grass as Bottas kept his line. The McLaren was sent into a high-speed spin, but fortunately came to a stop without any major damage.

“What the hell was that Mercedes doing?” asked Vandoorne on the radio. Bottas told his team he hadn’t been aware of the second McLaren closing on him. The incident ensured Vandoorne finished at the bottom of the times for the third session in a row.

The session resumed with only a few minutes left to run. Pierre Gasly was among those who queued up at the pits ready to restart, but spun his Toro Rosso at the pit exit as he rejoined the track.

The Red Bull drivers had not improved on their Friday lap times up to that point and were among those who headed out for final runs. They ended up fifth and sixth.

Charles Leclerc put his Sauber eighth ahead Sergio Perez. Nico Hulkenberg was ninth and Esteban Ocon joined his team mate in the top 10.