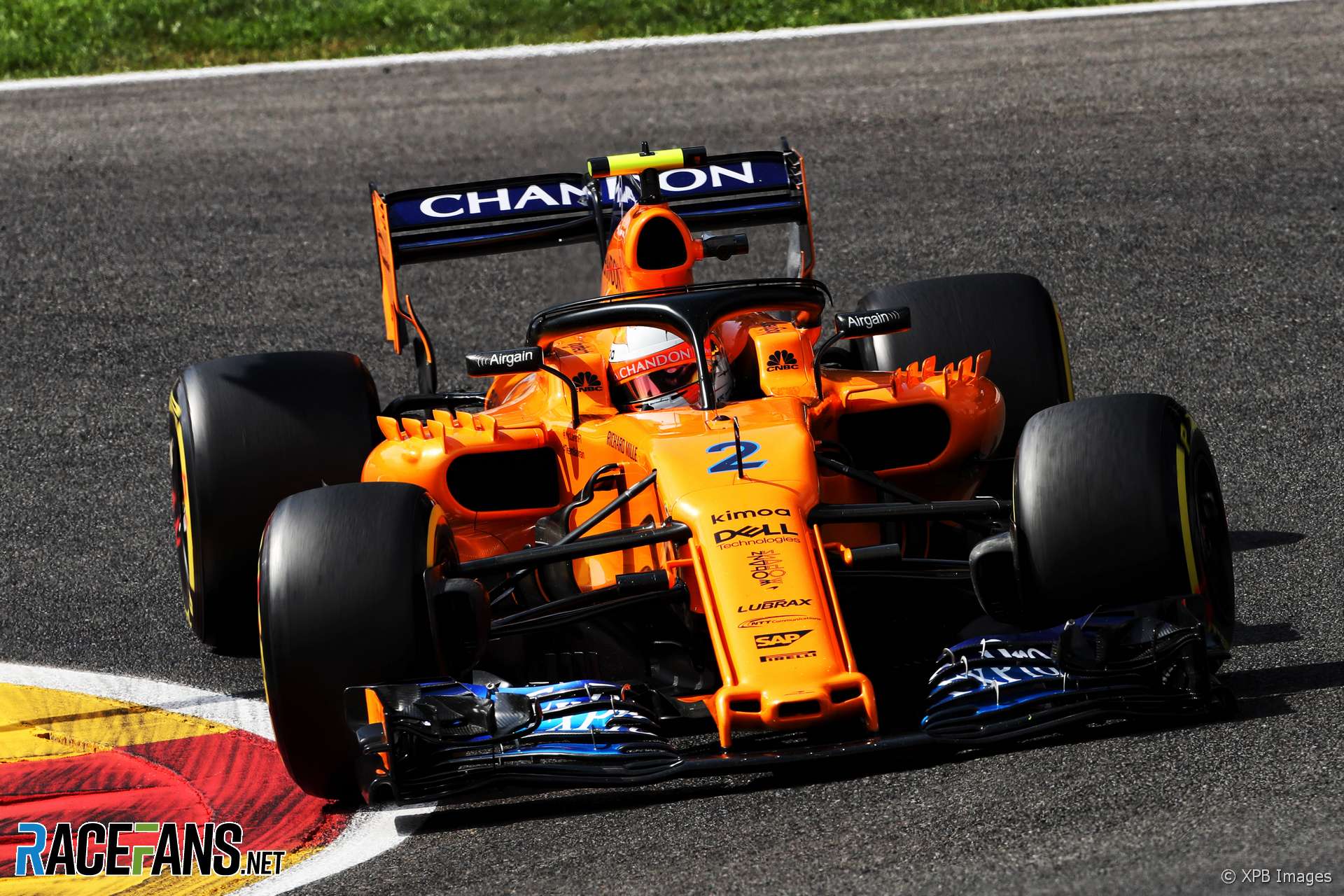 In the round-up: Stoffel Vandoorne says he’s eager for a normal day of running after more problems in pratice at Spa.

Vandoorne was last in both of Friday’s practice sessions:

It just feels… we’re getting so much problems lately. We started off in FP1 with brake issues, then had an engine issue, didn’t really manage to get any laps in.

Same thing in FP2. Started off with some issues again and then had maybe one run that was a little bit representative. So it’s been a difficult day. I’m just really hoping to get a normal day in.

I don’t think there will be any miracles. The team are still lacking a lot of competitiveness and there’s a lot of work to be done.

Fernando hands us an access all areas pass to his driver room. 🎟️ Join us for a guided tour from the man himself. 👀 #BelgianGP pic.twitter.com/OuUV96VyUQ

Two years ago, Rich was involved in a serious accident in Spa and had to miss the race…

Today, it was our privilege to be joined by both Rich and his wife Paula in the @F1 Paddock 😊

Disappointing that the hysterical reaction to something @DerekDaly500 apparently didn't even say, 35 years ago, is having a knock-on effect on his son's sponsorship arrangements, someone who was born long after this incident even occurred.

Due to today's 🌧️🌧️, tomorrow's starting grid will be determined by entrant points.

Final practice has been extended (7:30-9 CT). We'll see you under the lights!#INDYCAR // #Bommarito500 // @GatewayMSP pic.twitter.com/JrV1wZH9GR

"A judge in Denmark has ruled that Magnussen's former agent Dorte Riis Madsen must receive 20% of Magnussen's income between September 1, 2015 and June 30, 2021."

"Q: It was a challenging day for lots of people, yourself included. Do you think that the enforcement of the track limits is harsh but fair, or is it too harsh? George Russell: Harsh but fair, I think – obviously Nyck (de Vries) only went over by millimetres and it was unfortunate for him, but at the end of the day they’ve got a good system that there’s a sensor there so it’s black and white, really. I think everyone can learn from that, and moving forward there’s no reason why we can’t have it at all corners."

"The sponosrship from Lilly’s after Derek Daly, Conor’s father, was fired from his position at WISH-TV in Indianapolis after news surfaced that he used a racial slur nearly 35 years ago."

"Daly said that when he learned what the phrase meant in America, he was mortified by the offence it might have caused."

Yesterday RaceFans revealed Force India will not lose its share of F1’s prize money following a joint decision of its rival teams, a development which several of you praised:

That’s the spirit! This makes me want to watch F1 more than anything and gives me hope that the teams and Liberty will work things out.

Very gracious and sporting of some teams that are themselves currently struggling.
Michael (@Freelittlebirds)