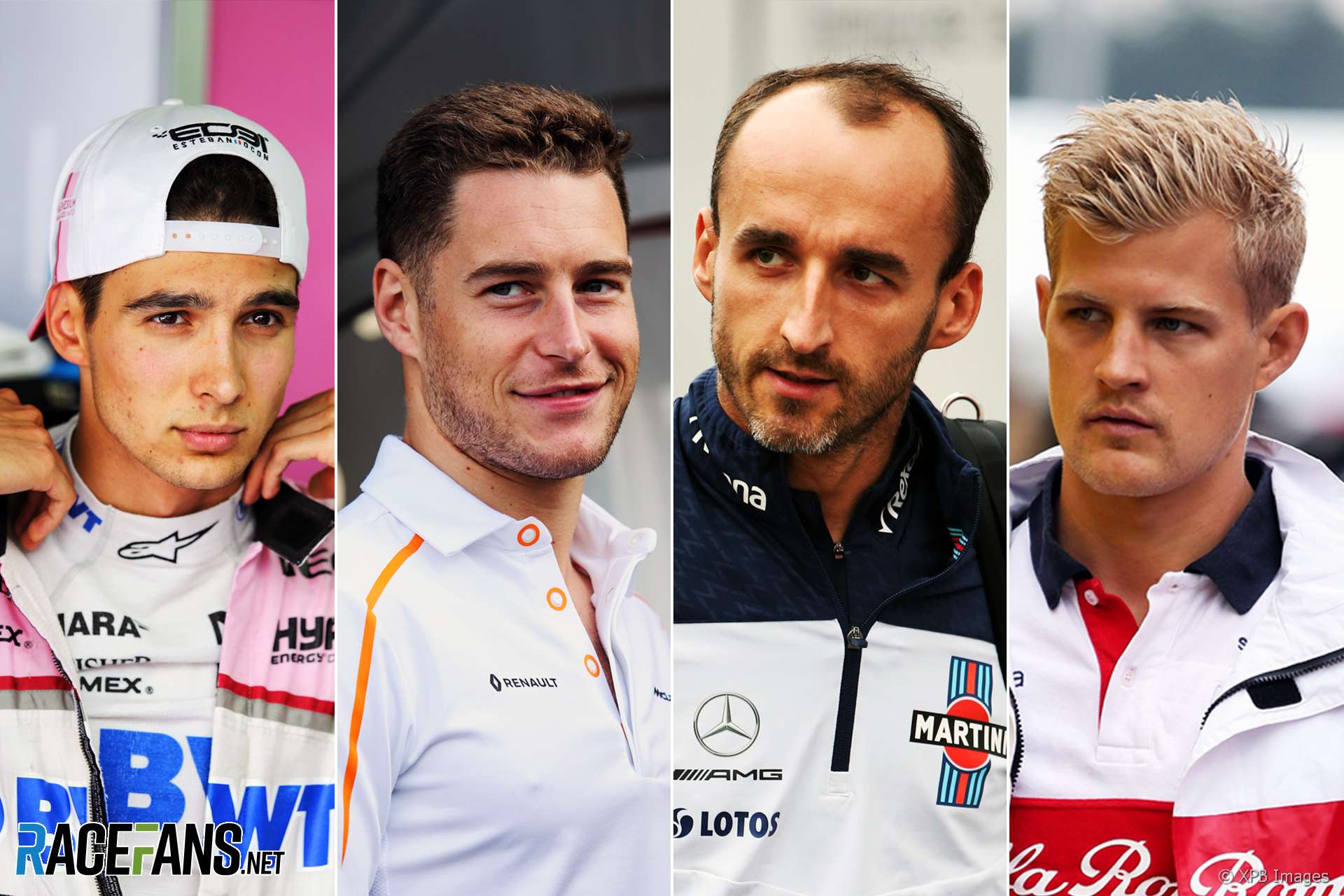 Lance Stroll’s widely-expected move to Force India could lead to four Formula 1 seats changing hands as early as the next race at Monza, RaceFans has learned.

By displacing Ocon at Force India, Stroll could set in motion a chain of moves which will see Esteban Ocon and Stoffel Vandoorne change teams, Robert Kubica return to F1 and Marcus Ericsson left without a drive.

When asked by RaceFans, Stroll did not deny reports he will have a seat fitting at Force India next week. Ocon gave a similar response when asked about rumours he has already visited McLaren for the same reason.

During a McLaren media conference today, sporting director Gil de Ferran passed up three opportunities to deny Ocon has already been measured to see if the MCL33 can accommodate the tallest driver on the grid.

Ocon is therefore expected to be McLaren-bound in the event that Stroll pushes him out of Force India. He will replace Stoffel Vandoorne at McLaren, who is believed to be heading to Sauber.

De Ferran told media Vandoorne will “be in the car for the rest of the year” but added the caveat “at present we have no other plans”.

However Sauber team principal Frederic Vasseur is understood to have leapt at the opportunity to hire Vandoorne, who drove for his GP2 team ART. Vasseur and Vandoorne’s manager Alessandro Alunni Bravi, who is a director at Sauber, have persuaded the team’s co-owner Finn Rausing to hire Vandoorne as a replacement for Marcus Ericsson, who has fallen short of rookie team mate Charles Leclerc this season.

Vandoorne declined to comment on whether he had spoken to Sauber when asked by RaceFans.

As RaceFans reported earlier today, Stroll’s place at Williams would be taken by Robert Kubica, who would make his return to F1 after eight years out of the cockpit.

Stroll will join Sergio Perez at Force India. The Mexican driver’s 2019 contract extension at the team is now believed to be a formality.

During a media session today he described how he advised the team’s new owners that “probably the start of next year should be the target to try to be on a much higher level.” Asked whether that meant he had already signed his option to remain at the team next year, Perez said: “For me I already know what I am doing next year but I cannot communicate it yet. It’s signed.”

The net effect of Stroll’s move to Force India will therefore be that Formula 1 loses Ericsson at the expense of Kubica returning, and three drivers switching teams.