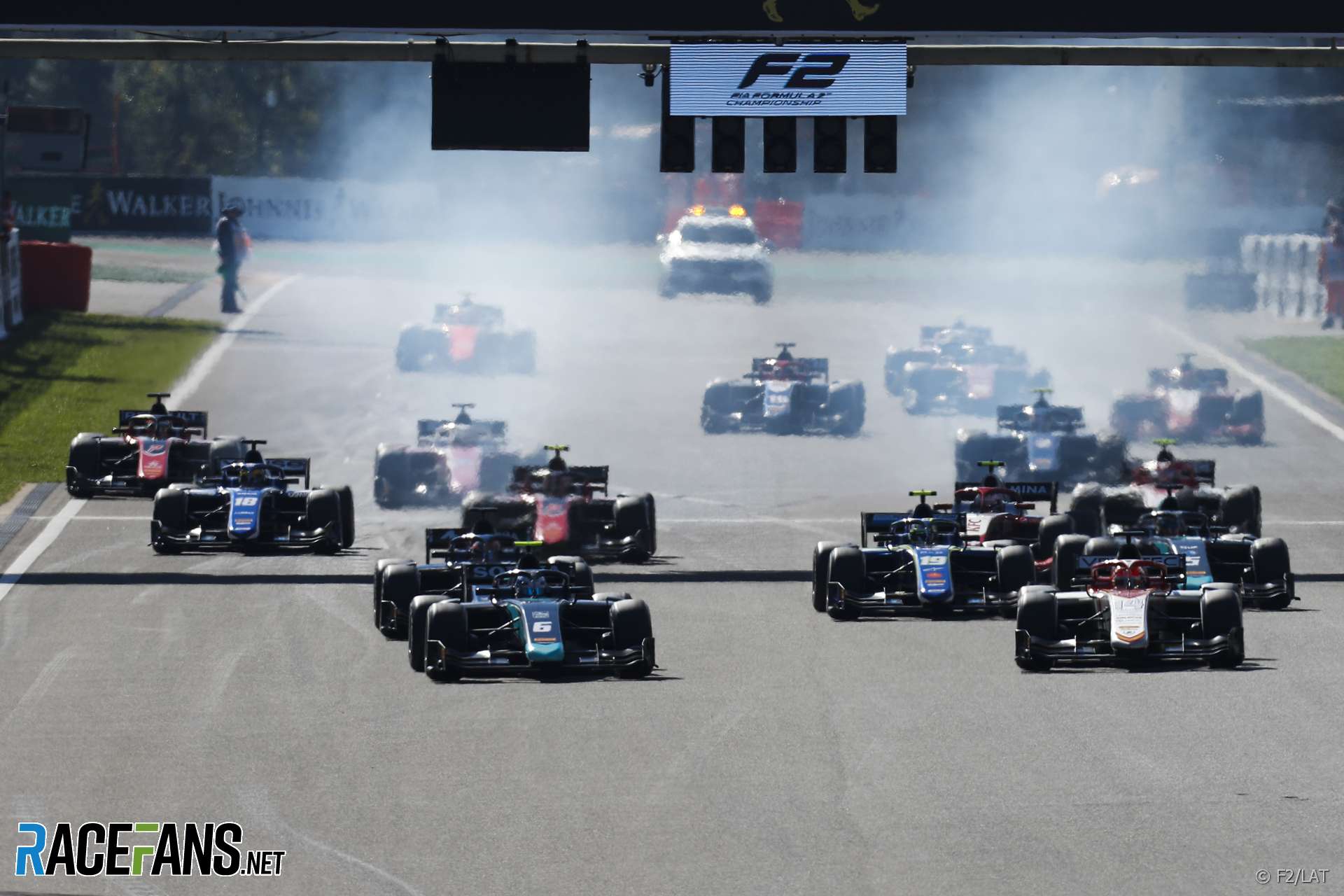 Nicolas Latifi kept the Formula Two title leaders behind him to claim victory in the sprint race at Spa.

The DAMS driver crossed the finishing line over 10 seconds clear of Lando Norris. The McLaren junior driver closed to within five points of George Russell in the championship, as the ART driver could only manage seventh.

Latifi, who has been eclipsed by team mate Alexander Albon for much of the season, took pole position for the race by dint of finishing eighth in yesterday’s feature event. He kept his lead at the start and managed his tyres superbly in a race dominated by degradation.

The experience of an extra year in F2 became apparent under foggy, changeable conditions and a relatively cold track. As the junior series has no tyre blankets, even the softest compound must be ‘track warmed’ to hit operating temperatures here at a chilly Spa.

Despite scrapping behind him, Latifi held his lead to the end. Artem Markelov temporarily got ahead of Norris for second before slipping back with an apparent problem in his Russian Time car.

Feature race winner De Vries was able to make incredible gains during this race to bring himself up to a fourth-place finish behind Albon. Markelov eventually took the chequered flag in fifth place followed by Luca Ghiotto, Russell and Trident’s Arjun Maini.

Three rounds of F2 remain and a lot can happen in six races. The scrap between Russell, Norris and Albon and is far from over with the third-place driver closing the gap this weekend.