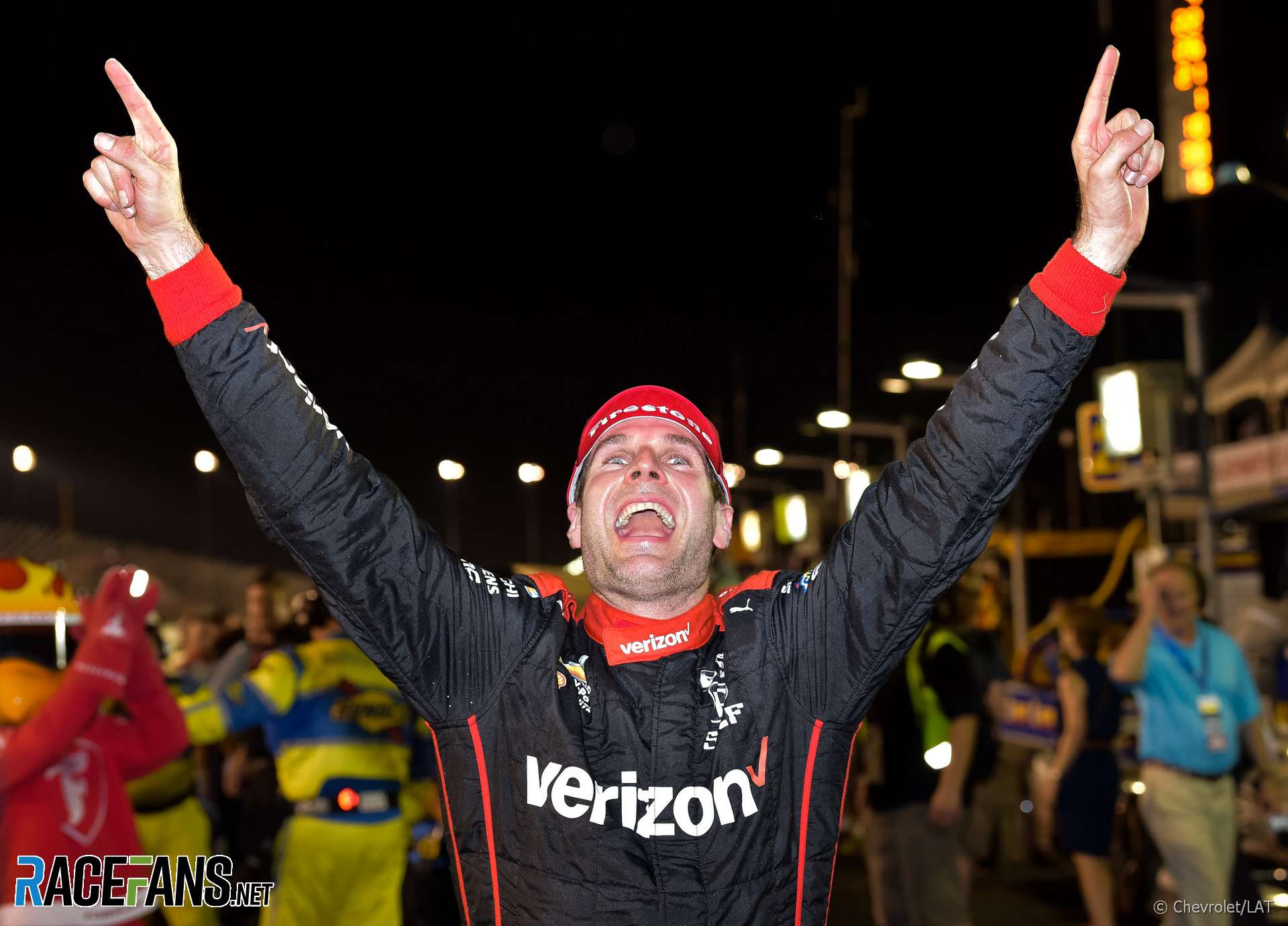 Will Power and Alexander Rossi trimmed Scott Dixon’s championship lead as Gateway produced a pot-boiler of a result in the IndyCar series.

Power and Rossi took different routes to the chequered flag after Ryan Hunter-Reay’s stoppages provoked a caution period in the latter stages of the race. The entire field took the opportunity to pit but it was unclear whether anyone would be able to make it to the end without returning for another splash of fuel.

In the end it was Rossi, who famously fuel-sipped his way to victory in the 2016 Indianapolis 500, who made that strategy a success. But he had to give best to Power: The Penske driver easily took the lead off Rossi after pitting for a top-up.

Dixon took the same gamble as Power but came out of the pits in traffic and never got on terms with Rossi to fight for second place. He crossed the line with Simon Pagenaud just three-tenths of a second behind in the second Penske.

Zach Veach continues his recent run of form with his fourth consecutive top 10 finish. He fell victim to a lunge by Ed Jones in the closing stages, but the Ganassi driver dropped back after pitting for more fuel.

Last year’s winner Josef Newgarden struggled to hit his fuel mileage target and fell to seventh behind both his team mates and sixth-placed Spencer Pigot. He also fell to fourth in the title race behind Power. Takuma Sato and Graham Rahal completed the top 10.

Ryan Hunter-Reay, who was involved in last weekend’s horrific crash with Robert Wickens, dropped out of the race when his engine lost fuel pressure, triggering the caution period which set up the sprint to the finish. Sebastien Bourdais crashed out on the first lap.

Dixon therefore heads to the penultimate round at Portland next week with a 26-point lead over Rossi and Power another 41 behind. With 50 available for a win at most venues, Power’s hopes of repeating his 2014 title would look remote. But the Sonoma finale pays double.