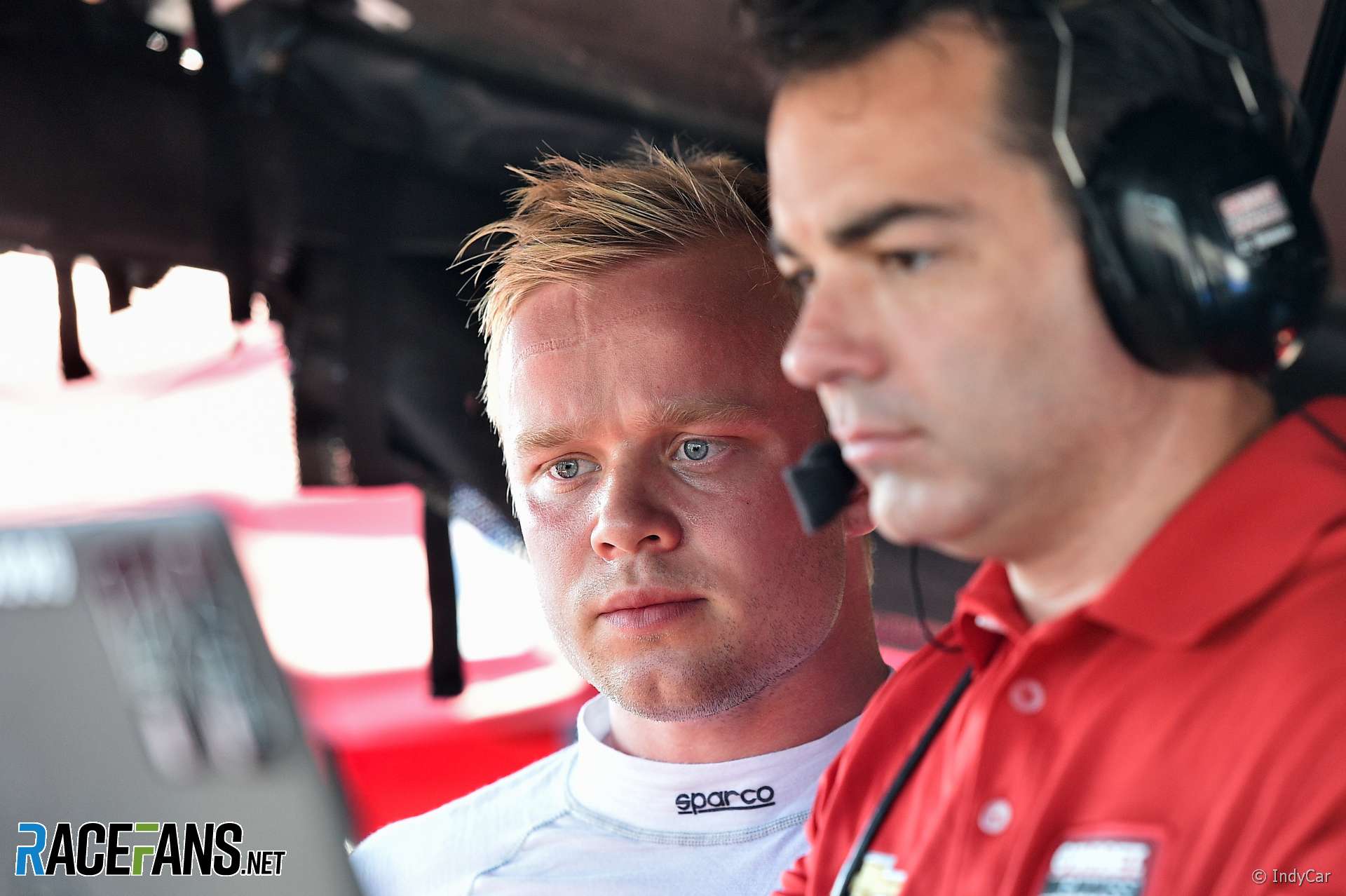 Ganassi tested Rosenqvist in 2016 and 2017, and described his last outing for them as “flawless”. However the team cut its entry from four cars last year to two for this season, leaving no room for the 22-year-old in their line-up at the time.

Four-time IndyCar champion and current points leader Scott Dixon signed a new multi-year deal with the team earlier this season. Ganassi does not intend to expand beyond two cars next year, meaning Ed Jones is set to lose his drive to Rosenqvist at the end of his first season at the team.

Rosenqvist is considered one of the top talents of recent seasons to have been overlooked by Formula 1. He won the 2015 European Formula Three championship for Prema and is a two-time winner of the Macau Grand Prix.

He has already had a brief spell of racing in America, where he won three Indy Lights races with Belardi, including his second start for the team at St Petersburg. He then moved on to Formula E with Mahindra, finishing third in the 2017-17 championship.

His 2017-18 campaign began strongly, with wins in the second and third rounds putting him ahead in the points, but he slipped to sixth in the final classification.