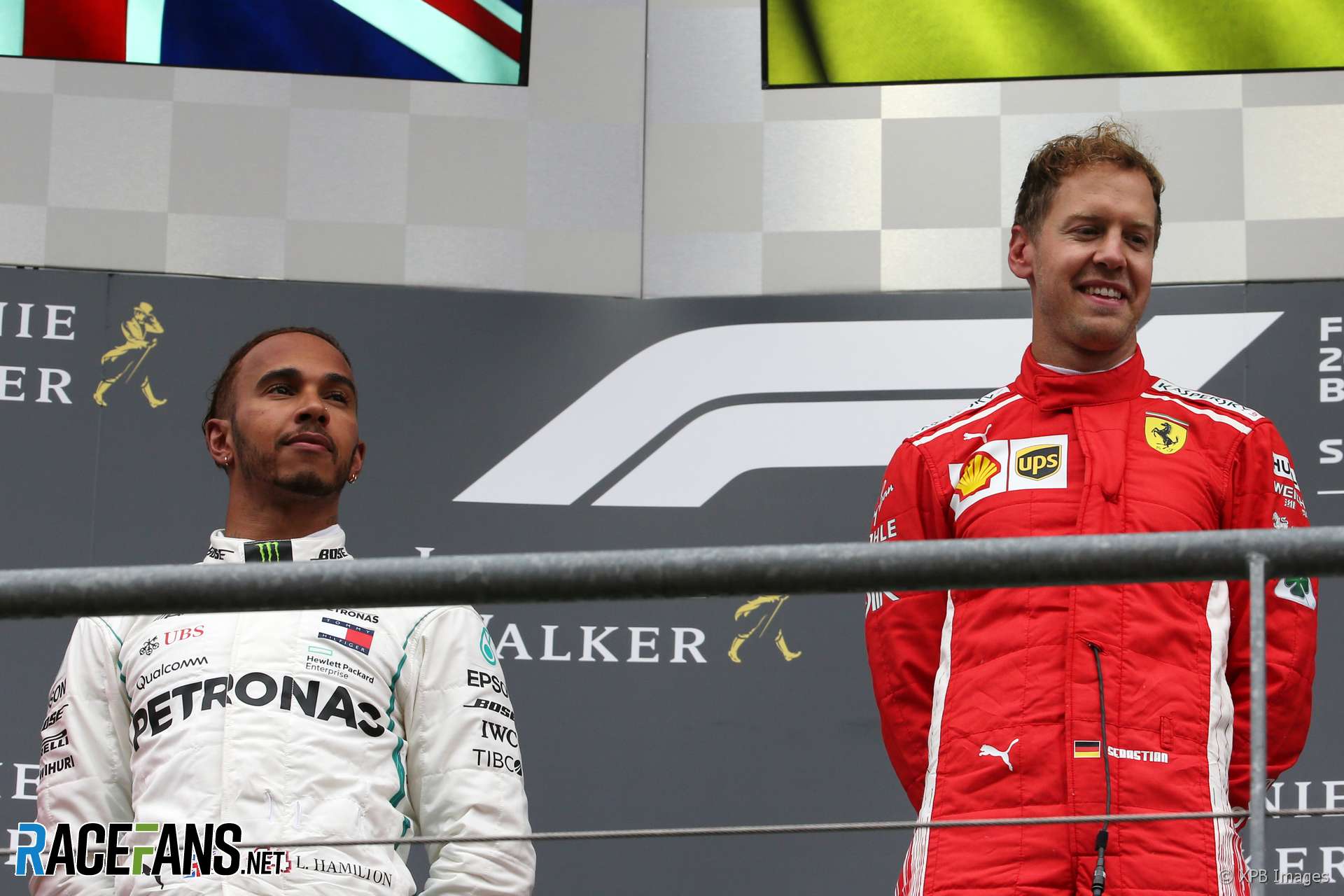 The reigning champion started last weekend’s race from pole position after ran fell during Q3. Rain at the previous two races also tipped the balance in his favour, he said.

Hamilton insisted Ferrari’s improving performance is not a recent development.

“Every time we do these press conferences everyone’s like ‘who do you think is faster, you or Ferrari?’,” he told media at Spa. “They’ve had the upper hand on us for some time.

“The pendulum has swung a little bit I would say those last two races in particular, we just did a better job with the cards we were dealt, even though they had better cards.

Both teams introduced new power units last weekend and Hamilton is concerned Ferrari will continue to match the upgrades Mercedes has planned for future races. “We do have some performance coming but I’m sure they’ll have performance coming,”

51 comments on “Mercedes have been “bluffing” with recent wins – Hamilton”