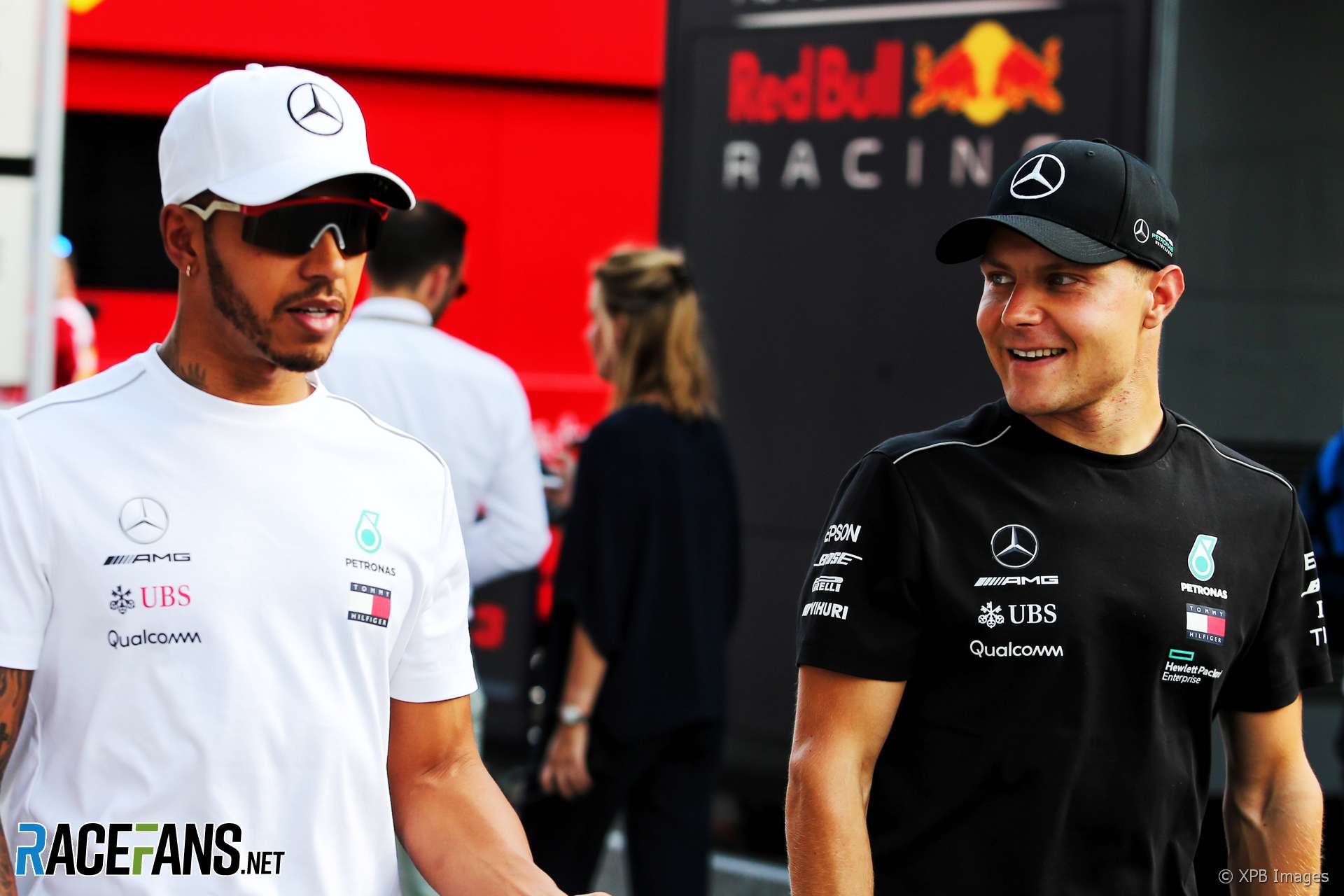 In the round-up: Mercedes team principal Toto Wolff says the team will consider after the next race whether to impose team orders on Lewis Hamilton and Valtteri Bottas.

Wolff was asked whether he intends to impose ‘number two’ status on Bottas, who is 87 points behind Hamilton with 200 available over the remaining races:

Let’s see how Monza pans out and how it goes, and then we will address the question whether we need to put all force behind one driver.

But at the moment it we owe it to the two men and to Formula 1 to not interfere into the race.

End of the race in the 1st corner. Frustrating.
Never been a fan of the halo but I have to say that I was very happy to have it over my head today !
📷: @f1gregoryheirman / @fotoformulak pic.twitter.com/QILqoVtjVh

They also had wheel guns that ran at some insane rpm, perhaps (can’t exactly remember) 16,000 rpm when ours were doing 6,000 rpm. Plus, their wheelnuts went on with 1.5 turns. The best our designers could do was about 5 turns… money talks, seconds count

Sirotkin. Head down, pushing on, getting the work done. Recognising the small gains that lead to the big steps. Continually impressive in difficult circumstances. https://t.co/ln3Y3RVBBU

I dont think I have ever been vocal about how I feel about the DRS in formula 1. In my opinion its the worst thing that has happened to racing in the last decade. Not one overtaking is real.

I have to say the #F1 world TV feed is miles better this year, largely thanks to a Chase Carey hire called Dave Hill and F1’s director Dean Locke. Lots of detailed improvements and more accessible

The Bend hope to bring F1 back to SA (SBS)

"The Bend has many configurations, with the longest being 7.7km, making it the second-biggest permanent track in the world behind Germany's Nurburgring."

"If something is deliberate and dangerous than a ban should occur but not in this situation."

"The DRS kept opening itself, so there was nothing else we could do."

Will we ever see an F1 car ‘let off the leash’ the way Porsche’s 919 Hybrid evo was?

Remember, Porsche did the lap without any racing restrictions, actually gaining huge time over same car in race legal trim, now consider F1 taking all restrictions off, no fuel flow or RPM limits, not even a thought of a race then.

I think what Porsche did was awesome, but doubtful F1 would ever push that envelope.
Bosco Moroz

47 comments on “Mercedes will consider using team orders after Monza”