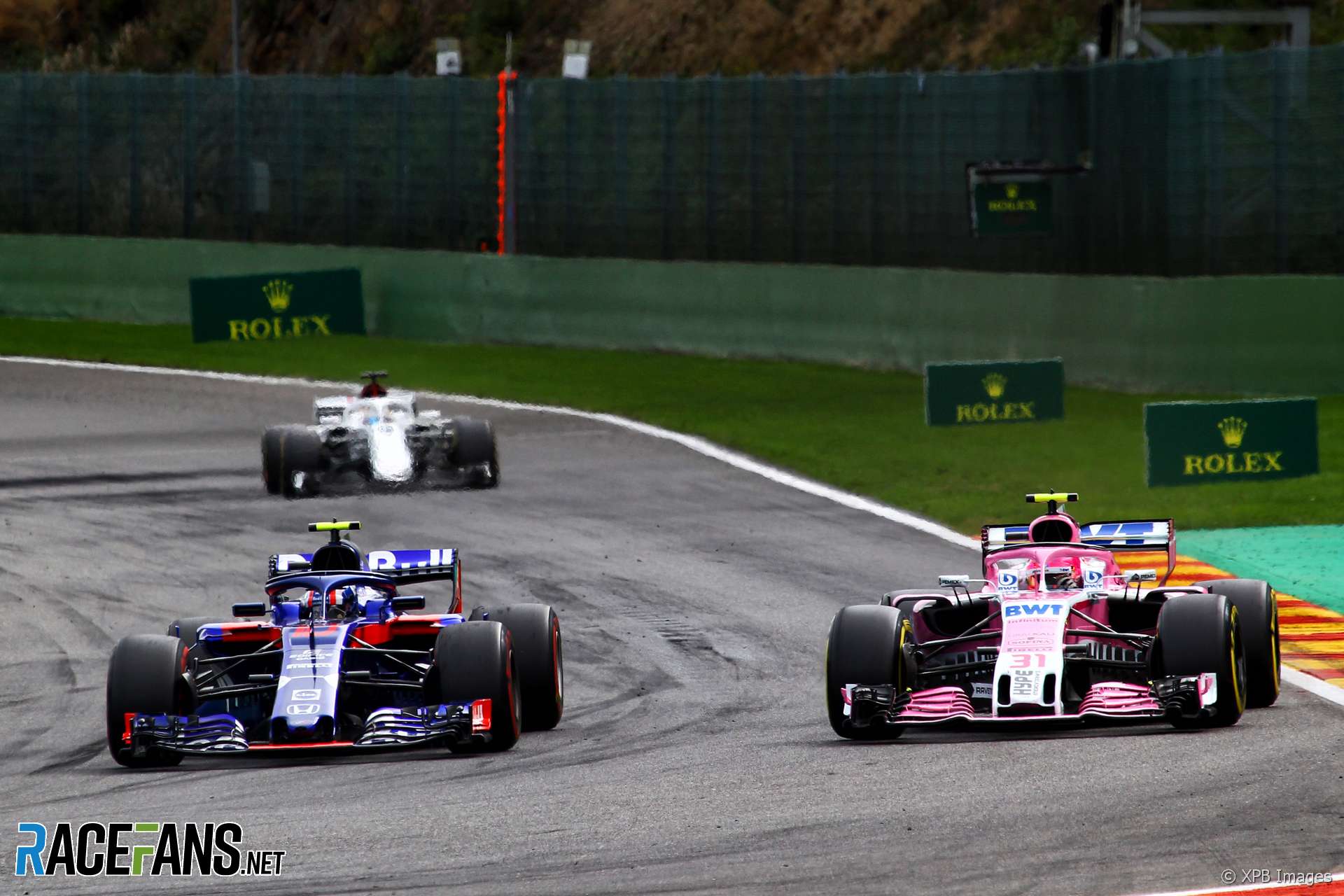 In the round-up: Pierre Gasly says it will be difficult for Toro Rosso to keep Force India behind in the championship.

Force India’s championship points were reset to zero after the team re-entered the championship under a new owner. But they scored 18 in Belgium, leaving them 12 behind Toro Rosso with eight races to go.

Well looking at how many points they scored today they will be tough as well. If they do the same in Monza they’re going to overtake us already after two races.

Clearly it will be important for the team to keep them behind. Once we pass Monza the coming tracks after that will suit our car a bit better, so I think probably we will be able to fight with them a bit more.

Yet another classic case of speaking before thinking… https://t.co/hKl04l1uuV

Brother sorry to say , but the work need to be harder from @IndyCar on safety improvements. If you see how many drivers got hurt in the last years …very little changes have been done to improve. i hope things improve in the right way for the safety of the drivers … take care https://t.co/pOyaoNblwA

For more reasons than one, the great Phil Hill is one of my all time favorite race drivers. And an exceptional human being.
He sadly passed away 10 years ago today.
Photo: Bernard Cahier pic.twitter.com/sBC5djI2GH

You’re well over 50’s and the night before the race it’s hard to sleep. That’s normal no?!?
The night after you can’t sleep because you still in it emotionally. That’s also normal?!?
Monday comes and you can’t sleep as you‘re already dreaming a new one: is this normal over 50’s?

"Ferrari has already run at Monza this year after using a filming day that gave Charles Leclerc his first on-track experience of its 2018 Formula 1 car."

"We don’t have much information about 2021. I read in the press that it was 18-inch tyres, and I truly hope that Bridgestone or Michelin come back."

"I had the possibility of joining Renault and going back to my two championship team having my last years with my second family there."

Rear wings to be changed to help mirrors (Autosport)

"The new rules will include the raising of the rear wing by 50mm in order to create a bigger window of visibility between the lower surface of the main plane and the top surface of the sidepod."

Why there was more to Ferrari's Spa dominance than power (F1)

"The Mercedes’ low-rake concept, while aerodynamically efficient and creating less drag than a high-rake car for a given level of downforce, tends not to have such strong rear-end downforce. Keeping the rear end nailed, not allowing it to slide, helps protect the rear tyres which at Spa were very susceptible to blistering."

"For the first time in Formula E’s history the number of teams competing will increase to 11, meaning that a record 22 cars will feature on the grid in season five which begins on 15 December 2018 in Ad Diriyah, Saudi Arabia."

"Since partnering in May 2017, Racing Point Force India F1 Team has surpassed their halfway fundraising target by raising over £165,000 for UK-wide specialist-support charity Breast Cancer Care."

Hear the latest from Dieter 44 minutes in.

Does Daniel Ricciardo’s move to Renault make more sense in the light of Max Verstappen’s comments about Red Bull being unlikely to feature in the championship fight next year?

Even Verstappen says they have no chance next year and I think everyone thinks that 2020 will be a stretch too.

Ricciardo wants to win the drivers’ championship so given that Red Bull isn’t realistically thinking of getting there next year why not go to a team that has full manufacturer backing and has been improving? The other two are closed for now.

From his point of view I don’t think he cares if he’s third or seventh – it’s not a win and that’s what he wants – Renault shares that goal and being with a new team might just increase his enthusiasm and enjoyment a bit. From what I’ve seen of his body language this year, I’d say Dan needed a move to revitalise his F1 life a bit.
DB-C90 (@Dbradock)

22 comments on “Gasly: Tough fight for Toro Rosso to keep Force India behind”